Nicholas Wade is a journalist who you’d think would know his stuff when it comes to evolutionary biology: Oxford degree, former deputy editor at Nature, former science correspondent for the New York Times.

Last year he came out with a book, A Troublesome Inheritance, which announced that racial genes made Africans violent, over-trusting tribalists, and for similar reasons the Japanese were authoritarian, the English enterprising and the Finns violent and impulsive drunks. And then there’s his money quote in which he tells us that the “adaptation of Jews to capitalism is another such evolutionary process”. Wade, incidentally, insists he is not a racist.

You might think that anyone with an iota of common sense would be open-mouthed about that last sentence, and would dismiss Wade’s claims as the work of a dangerous crank.

But, well, not so. To take a couple of examples, the conservative British news magazine, The Spectator,devoted a Wade-written cover story to the book, while the bulldog of British television interrogators, the usually relentless Jeremy Paxman, treated Wade to a respectful if slightly amused soft-soaping. Eventually, six months on, 139 of the world’s leading evolutionary theorists signed a New York Times letter refuting Wade’s premises and conclusions, but by then the damage was done.

Genetic intelligence and The Bell Curve 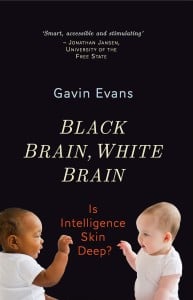 Wade’s book is just one example of a new wave of racist science that has been spewing out of the computers of a disparate group of biologists, evolutionary psychologists and journalists over the last few years.

Past waves have met with rather firmer treatment. In 1969 the American psychologist Arthur Jenson published a paper in the Harvard Educational Review claiming that black Americans had lower genetic intelligence than whites and Asians. The response was immediate and vigorous – 29 academic rebuttals, a wave of student protest - and the Review’s shame-faced editors even refused to allow Jensen to respond to letters of criticism.

Fifteen years on, the next wave arrived in the form of The Bell Curve, which made similar claims to Jensen’s (quoting him liberally). Andrew Sullivan, then editor of The New Republic magazine, agreed to publish one of its most toxic extracts but was faced with a mass resignation threat by staff, who were only pacified when he agreed to publish rebuttals by 19 writers, while scores of leading academics got to work on books and articles which ripped The Bell Curve’s premises to shreds.

Compare that to the response to a paper by a team of Utah anthropologists who claimed that Ashkenazi Jews were innately more intelligent than anyone else. It was trumpeted in a number of prestigious publications, and was then given a huge boost by the doyen of evolutionary psychology, Steven Pinker, who came out in measured support for the paper’s claims (again in the New Republic), saying it “meets the standards of good scientific theory”, while elsewhere he mused that “groups may differ genetically in their average talents and temperaments”.

Since then there’s been a trickle of similar claims about Jews along these lines, including by Wade. And yet the response from academics and other critics is oddly muted - perhaps because it’s assumed that saying Jews are inherently smarter isn’t the same thing as saying that Africans are less smart (although when you think about it for more than second, it should be obvious that if one group is smarter another is stupider).

The leading American geneticist Harry Ostrer simply dismissed the paper: “It’s bad science,” he said, “not because it’s provocative, but because it’s bad genetics and bad epidemiology.” But it took two years before an academic paper was written refuting its core premises, and none of the media picked up on this riposte, allowing the Ashkenazi claim to settle.

One of its key points was that Ashkenazim evolved to become more intelligent because they were genetically isolated, but a recent gene search by 19 scientists found that European women (rather than Middle Eastern) were responsible for 81 percent of the mitrochondrial DNA of Ashkenazi Jews suggesting that inter-marriage between Jewish men and non-Jewish women was commonplace. The paper’s other historical and biological premises have since been lambasted by academic critics, and yet it continues to be widely cited.

These waves of racist science are based on three flaky premises:

First, that migration to ice-age Europe 45,000 years ago prompted natural selection for higher intelligence. Evidence includes the flowering of cave art more than 30,000 years ago.

The underlying flaws in this assumption have been exposed through recent evidence that all these European innovations pre-existed in Africa. For example, symbolic geometric art was found at the Blombos cave 320km east of Cape Town, carbon dated at 75,000 years, while blended paints and a range of other sophisticated implements have been carbon dated at 100,000 years.

The hunt for ‘intelligence genes’

The second claim relates to genetics – that because humans continued to evolve in terms of things like ethnic diseases, skin colour and body type, so it must be with intelligence. But geneticists point out that they are not comparing like with like.

Most of these ethnic differences relate to single gene mutations. Intelligence, however, is different. It is an abstract notion that covers a wide range of attributes, but even if we restrict ourselves to the form of logic measured by IQ tests we don’t find single IQ genes differentiating one population from another. In fact, attempts to find “intelligence genes” have drawn a blank and it is now accepted that it is governed by a network of thousands of genes.

The idea that average intelligence might not have evolved for 100,000 years is unremarkable to those working in this field. For example, the leading US-based palaeoanthropologist Ian Tattersall has argued that long before humans left Africa they reached the end of the line as far as significant evolution of their brains. “In order to get the fixation of evolutionary novelties,” he said, “you need to have small, isolated populations. Large, interbreeding populations are just not the right place for innovations to become fixed.”

The third and most persistent claim comes from the fact that average IQ scores differ from population to population. Race scientists assume that IQ is fixed at birth and is genetic in origin, and they also assume that it measures general intelligence.

None of these assumptions hold up. Research among separated single egg twins shows that when they are raised in the same kind of middle class environment their IQs are similar. However, in the few cases where they’ve ended up in families from different social classes, there IQs vary significantly (in one case by 20 IQ points; in another by 29). Other studies have also shown that the IQs of children adopted into middle class homes rise significantly and that these increases can persist into adulthood.

The world’s leading IQ theorist, Jim Flynn, has proved that IQs have risen across the board over the last century (100 years ago the average IQ by today’s standards would be about 70). The reason for this “Flynn Effect”, as it has been dubbed, has nothing to do with genetics and all to do with environment - in particular, increased exposure to various forms of abstract logic, which is what the tests measure.

Different population groups are exposed to markedly different environmental conditions, which is why average scores vary. For this reason IQ scores are rising faster in some populations than others (average IQs of Kenyan children were shown to have risen by 26.3 points in 14 years). Similarly, black American IQs are rising at a faster rate than those of white Americans, while Jewish Americans went from having below average IQs at the time of the First World War to having above average IQs now.

This illustrates how absurd it is to compare the IQs of different populations but when you remove IQ scores from the tool box of the scientific racists, the rest of their case falls to dust.

And yet the widespread combination of misplaced faith in the immutability of IQ and misplaced faith in the ability of genes to determine behaviour has allowed their claims to fester away, unchallenged in the public arena. The problem in not challenging these bad ideas promptly and vigorously goes way beyond their flawed science. If the public and its opinion makers come to accept notions like Wade’s – such as that Africans are, by nature, none-too-bright tribalists – we’ll be in danger of returning to the dangerous mentality that formed the ballast for colonialism and slavery.

Gavin Evans is the author of Black Brain, White Brain: Is intelligence skin deep? The book is published by Jonathan Ball in South Africa and Thistle in the UK. 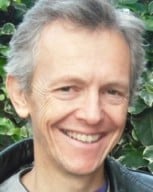