ANALYSIS: Can you sell a kidney to keep ‘Janu-worry’ at bay?

True to form, arguably South Africa’s longest financial month of the year is refusing to end. Dubbed “Janu-worry”, we keep counting those coins, trying to stretch those notes, but to no avail.

Tweeting to his over 9,000 followers, Metro FM DJ and TV producer Rashid Kay offered a possible solution: “get money” by donating a grocery list of organs and body tissue.

The replies didn’t disappoint. Some people were eager to help find new homes for their hearts - but at a fee, of course.

Levity aside, what are the legalities of donating organs in South Africa? One of our readers was understandably curious, so we did what fact-checkers do and tried to get to, well, the heart of the matter.

Africa Check tried to get a hold of Kay to find out where exactly he got the information shared, but at the time of publication we hadn’t heard back from him. (Note: We’ll update this report should he.)

His tweet listed South Africa’s department of health as the source of information, however.

A phone call to the department’s head of communications, Popo Maja, helped set things straight. Maja told Africa Check that this wasn’t his first run-in with this particular claim.

“It did the rounds about May last year. The same tweet. I don’t know where it comes from, but what I’m saying is, it’s part of the fake news,” he explained.

That’s because it’s illegal to trade in human organs or parts in South Africa, Maja said. You can donate organs, he went on to explain, “but not for financial gain, at all”.

Only ‘reasonable costs’ may be reimbursed

Provisions in the National Health Act spell out what Maja mentioned.

Receiving “any form of financial or other reward” for donating tissue, blood and blood products and gametes (eggs and sperm) is considered an offence. Payment may only be received “for the reimbursement of reasonable costs incurred” for providing the donation.

Certain regulated institutions such as hospitals may receive payment, but this payment is restricted to covering the costs involved in the “importation, export, acquisition or supply” of the tissue, blood and blood products. This also applies to people who donate and receive gametes.

So, in a nutshell, South African law prohibits you from making a profit from donating your organs, eggs or sperm.

Samantha Nicholls is the executive director of the Organ Donor Foundation, an umbrella body which works to educate the South African public on organ donation and to encourage the practice.

The foundation works primarily to promote the donation of organs such as the heart, liver, lungs, kidneys and pancreas, along with tissue donations like corneas, skin and heart valves, Nicholls noted.

Potential donors can be from trauma units and intensive care units. “If the patient has no hope of recovery and is on a ventilator and has been confirmed brain-dead by two doctors who are independent of the transplant team, this patient would be considered a possible organ donor,” Nicholls said.

Tissue donations could also come from people who died out of hospital, however. “In the case of someone passing away at home, tissue is still an option. Corneas, as an example, can be removed within 12 hours after death.”

But in either scenario, Nicholls noted that the organs would be donated “free of charge to the recipients”.

‘Certificate and a bunch of flowers or the equivalent’

An independent consultant with the Organ Donor Foundation, Maryn Reyneke, commented on the other organs, tissue and bodily fluids mentioned in Kay’s tweet. (Note: We’ll get back to you about hair.)

The world’s first successful penis transplant, carried out at Stellenbosch University’s medicine faculty in 2014, was part of a study approved by its ethics committee, Reyneke explained.

Though Kay’s post claimed a bone marrow donation could earn you R36,000, marrow donors are not remunerated either, Terry Schlaphoff, the deputy director of the South African Bone Marrow Registry, told Africa Check.

“It’s voluntary,” Schlaphoff clarified. The costs of donating, however, are covered directly by the registry.

“The donor has to take a medication in order for the stem cells to be what we call ‘mobilised’ to get out of their marrow and into their blood. That medication is very expensive and it’s not right for the donor to pay for that,” Schlaphoff noted.

Apart from the satisfaction of knowing that your contribution could save a life, you would get a “certificate and a bunch of flowers or the equivalent”, Schlaphoff told Africa Check.

“Breastmilk, like blood, is donated as a charitable exercise to save the lives of premature babies and not for financial gain,” Deidre Smith told Africa Check. She is a registered dietician and certified lactation consultant with the South African Breastmilk Reserve.

In the case of some organs, mainly the kidney and liver, living donations can be made.

But following South Africa’s “Kidneygate” scandal - which involved local medical practitioners, executives from healthcare company Netcare and international organ traffickers - approval by the minister of health is required when the donor is unrelated to the recipient.

The scandal involved traffickers paying living donors “a modest sum” for their kidneys. Between about 2000 and 2003, close to 200 patients with kidney disease received these trafficked organs, the Mail & Guardian’s investigative wing exposed.

Ntebaleng Morolo is the deputy director of organ transplant and dialysis in the department of health. She is in charge of processing applications for live organ donor transplants.

Once Morolo and her team have verified that an application is complete, it is sent to an eight-member ministerial advisory committee on organ transplantation. They assess it and recommend whether or not the transplant can go ahead, Morolo added. Written approval is then obtained from the minister of health.

The approval process ensures that donors aren’t in it for the money, Morolo assured.

“That’s why we have psycho-social assessments on the living donor and the recipient and that’s why sometimes we also have social work assessments on these two candidates to see what drove this live donor to part with an organ whilst still alive. It’s not an easy decision to take, to have an operation that you do not need.”

So in short, if you’re looking for a payday, keep your organs. But if you’re in the market for saving a life, consider donating. 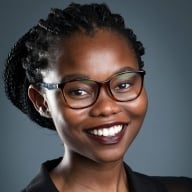