Skip to main content
Back to Africa Check
Economy
employment

ANALYSIS: As SA debates a minimum wage - a primer on income inequality

South Africa suffers from a large income gap between rich and poor. A 2013 survey by the Organisation for Economic Co-operation and Development (OECD) suggested that “no progress towards income equality has been made since the end of apartheid.”

The cause of the gap is complex and includes various historical, economic and political factors. Some believe the 2012 shooting of striking mineworkers at Marikana and the protracted strikes by platinum miners, metal and postal workers may prove watershed moments in the struggle for greater equality.

But levelling the country's economic playing fields remains an enormous and complicated task. Over the past weekend, business, government and union leaders - including deputy president Cyril Ramaphosa - attended a  workshop on international minimum wage experiences. By next month a national “wage inequality technical task team” will report recommendations on how to implement it to government.

So what is income inequality? How is it measured? What are the causes? And could a national minimum wage lessen the gap between rich and poor in South Africa?

How is income inequality measured?

One of the best known ways is the Gini index - a mathematical formula that provides a figure of between zero (everyone in a country has exactly the same income) and one (all the income goes to one person) to measure income inequality.

The index takes its name from the Italian statistician Corrado Gini who published the formula in 1912.

But the Gini index is not the be-all and end-all of measuring income inequality.

In a November 2014 review, researchers from the Human Sciences Research Council pointed out a number of its limitations: the Gini index doesn’t capture income of the informal sector, nor absolute differences in income. (This means that income inequality can increase while everyone’s income increases too.)

Probably the most important limitation, in South Africa’s case, is that the Gini index doesn’t account for social interventions aimed at bridging the inequality gap between rich and poor.

In a University of KwaZulu-Natal (UKZN) working paper, researchers calculated that South Africa’s Gini index could have been as low as 0.59 in 2006 when social grants, free basic services and tax allowances were added to the equation.

“Our conclusion… implies that the government's redistribution initiatives have achieved considerably more success over time than is immediately evident," they stated.

The other side of the coin is that the Gini index also does not reflect government benefits to corporates and rich people, argues the director of the UKZN Centre for Civil Society, Patrick Bond. (See his comment below.)

Unemployment, for one. The fact that millions of South Africans earn nothing at all - the country’s “single greatest economic and social challenge”, as finance minister Nhlanhla Nene's put it in his 2015 budget speech - adds to the high levels of income inequality.

If everyone in South Africa had a job, however poorly paid, the Gini index would fall drastically, said the head of the economics department at the University of the Free State, Prof. Philippe Burger.

Another driver of income inequality is the difference between what managers of a company earn compared to the average worker.

One example: While miners in the platinum sector were striking for higher wages in 2013,  Anglo American Platinum CEO Chris Griffith defended his remuneration package of R17,6 million. He was quoted as saying: "Am I getting paid on a fair basis for what I'm having to deal with in this company? Must I run this company and deal with all this nonsense for nothing? I'm at work - I'm not on strike. I'm not demanding to be paid what I'm not worth."

Griffith later retracted his comments. But he is certainly not the only executive that has come under the spotlight for his large pay packet.

An analysis of South African listed companies over five years found that the gap between CEO total compensation and average employee compensation increased from just under 120 times in 2009 to over 140 times in 2013.

How much is too much for a CEO?

Burger said firstly there needs to be more openness about CEO’s incomes and that “a further step would also be to transfer more power to shareholders in the decision about what top executives are paid”.

Company boards should furthermore report exactly how they arrived at an executive’s salary and also how they rationalise the difference between the lowest-paid and highest-paid employees, said Burger.

Is a National Minimum Wage a sound solution?

In his 2014 State Of the Nation Address, President Jacob Zuma made a commitment to introduce a national minimum wage to lessen income inequality. Next month a government appointed task team will report back on how it should be carried out.

Will this be a sound solution to income inequality in South Africa?

"Unfortunately the question does not have a simple yes-or-no answer," said Burger. "Furthermore, the debate needs a lot more nuance than is currently the case.

“Unfortunately one side of the debate currently dismisses the minimum wage out of hand, while the other side seems to display an unshakable faith in it. The truth is somewhere in the middle."

Burger said it depends on a host of factors such as:

He suggested that with a right combination of these factors there is room for a national minimum wage, but if not, it might lead to job losses, as was the case in Colombia. 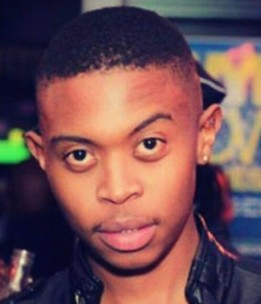