Award to honour African journalists who sift fact from fiction

Whether challenging the colonial powers in the first half of the last century or the “sit tight” presidents of more recent times, Africa’s journalists have long been powerful players in civil society. 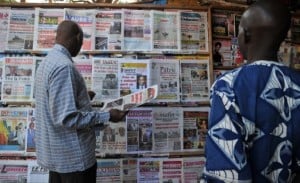 The journalist’s role of investigating and reporting what society’s leaders say and do is crucial.

When we set up this site up in Johannesburg in 2012, it was never the idea that Africa Check alone would set about investigating and fact-checking all the claims made, each day, by public figures, institutions, politicians and newspapers across the continent.

Certainly, we are hoping to expand what we do, running reports from researchers in countries across southern Africa, and soon, we hope, from West and East Africa.

But, even so, for one organisation to check all the claims made, each day, in every country would be impossible. And it wouldn’t be healthy either.

That’s why the AFP Foundation, the media training arm of the AFP news agency, and Africa Check came together today to announce the first awards specifically honouring fact-checking work by African journalists.

The awards, winners of which are expected to be announced in November 2014, are intended to honour and support the work of journalists around the continent who are, themselves, doing what we do.

The new awards will be open to all journalists working for media houses that are based in Africa, including print, online, radio and television, as well as blogs.

A panel of eminent African and European journalists will be invited to judge the awards, which will carry a top prize of 2,000 euros and two runner-up prizes of 1,000 euros each.

Original pieces of fact-checking journalism, published between September 1, 2013 and September 1, 2014, will be eligible and judged on the basis of their relevance to public debate, their impartially, presentation and impact.

We will soon announce the details of how to enter and how the awards will run.

So if you think that a report you have had published since September might be eligible, watch out for the announcement. What this space, follow us on Twitter @AfricaCheck and find us on Facebook and Google+.