Skip to main content
Back to Africa Check
nigeria

Since its return to democratic rule in 1999, Nigeria has held five national elections, which have produced four presidents – Olusegun Obasanjo, Umaru Yar'Adua, Goodluck Jonathan and now Muhammadu Buhari. In each of their inauguration speeches, there were common threads: ending Nigeria’s energy crisis; fighting corruption, resolving the conflicts in the country and building a more united nation.

And with most of those speeches, there was another common theme as anyone living in or observing Nigeria since 1999 knows; many of those pledges have been broken.

The “norm” where candidates’ names may vary but the parties, campaign promises and election results stay the same has made many voters apathetic about politics. For decades, Nigerians have, by-and-large, put up placidly with the status quo as they struggle with power outages, fuel shortages and the challenge of earning a living in a country now also facing a troubling insurgency in the northeast.

However, the dramatic victory of the All Progressives Congress in elections this past March, suggests the tide may finally be turning. For the first time ever, presidential power was wrested from a ruling party, overturning the prevailing mindset that an incumbent never loses power at the federal level.

To secure that win, President Buhari made a lot of promises to Nigerians, which were promptly, and accurately, documented by Nigerians.

And to ensure that he keeps to them, the Centre for Democracy and Development (CDD), with support from the Open Society Initiative for West Africa, recently launched the BuhariMeter, a web platform to track the progress made by the new government on its promises. 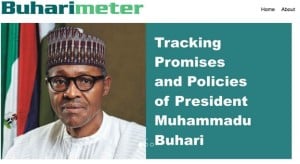 What sort of pledges do we mean? Take, for example, the promise to declare the president’s assets publicly. A spokesman for Buhari recently claimed the president would not publicly declare his assets but had to back down after media pressure, including from BuhariMeter.

And, to keep the pressure on, the BuhariMeter aims to stimulate discussions, keeping the attention of citizens fixed on the cycle of governance from election to end-of-tenure.

The Centre for Development and Democracy will also embark on a periodic review of the actions of the government and give citizens the opportunity to upload content related to all campaign promises by the current administration.

To date, the website has been well received with readers asking that it be extended to cover state governments.

President Buhari has, meanwhile, released a document - My 100 Days Covenant With Nigerians – listing achievements he promised to attain within his first 100 days in office.

And we will measure his progress, along with our allies at Africa Check, to show how the Buhari administration has fared a little over 80 days from now.

In tracking his achievements, we will, of course, acknowledge that the conditions under which Buhari came into power are dire, with high budget deficits, an insurgency to fight, crude oil theft and peace still volatile in the Niger Delta.

But above all, what people want is a president who either meets his promises or is honest and forthcoming about any challenges he encounters as he battles to do so. The previous norm is no longer an option.

Oluseun Onigbinde leads BudgIT, a civic tech organisation that designed the BuhariMeter website for the Center for Democracy and Development, with support from the Open Society Initiative for West Africa. 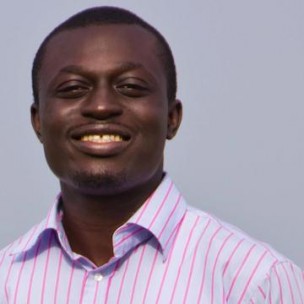