Published on 24 July 2017
Every Global Competitiveness Report since 2008 has identified “poor work ethic in the national labour force” as the biggest challenge for doing business in Botswana.

The World Economic Forum’s report isn’t alone. The lack of productivity or poor work ethic of Botswana’s citizens has been lamented by the president, academics and various other indexes on doing business on the continent.

In 1993, the government even set up the Botswana National Productivity Centre, which operates under the tagline: “Together let’s change our work ethic for improved productivity.”

What is generally lacking in the laments, though, is objective data. For example, the component of the Competitiveness Report that identifies poor work ethic as a problem is derived from a perception-based survey of “the opinions of business leaders”.

In 2016, 98 people in Botswana were presented with a list of problematic factors for doing business in their country. They had to pick five and then rank them.

This presents two problems. First, there is no agreed upon definition of what poor work ethic means in this context, and second, we are speaking about opinions that may or may not have any basis in fact.

Botswana’s neighbours don’t have a similar reputation. For example, in the Competitiveness Report, poor work ethic is identified as the 3rd most problematic factor for doing business in Namibia, 8th in South Africa and Zambia and only 11th in Zimbabwe. Rand Merchant Bank’s Where to Invest in Africa Report 2016/1017 identifies poor work ethic as only the 8th biggest concern for the continent as a whole.

So rather curiously, Botswana stands apart from other African and Southern African countries with its reputation of a workforce that doesn’t put in the effort. In a journal article, history professor Christian John Makgala from the University of Botswana shows that the reputation of the citizens as lax can be traced to the colonial period. His discourse analysis shows that this reputation has, if anything, become more pronounced in recent times.

Not everyone shares this impression. Dr Kebapetse Lotshwao from the University of Botswana’s department of political and administrative studies denies that people from Botswana are inherently lazy. Instead, he points out: “While Botswana is relatively rich (compared to an average African country), workers are underpaid, and it is common to hear the expression ‘ke lekanya tiro le madi’, meaning I put effort equivalent to what I earn.”

Thus Batswana do not have poor work ethic, but if they are unproductive, it is because they are not paid enough to encourage them to work harder.

Either way, if the Batswana really are as unproductive as they are perceived by many to be, we should arguably see the impact of that unproductiveness reflected in the country’s economic output.

Therefore, if we can come up with a way of measuring work ethic or productivity that is not based on perception, it should be possible to compare productivity levels between Botswana and its neighbours.

Productivity refers to the amount of output one gets for a certain unit of input. While it doesn’t measure work ethic per se, it is affected at least in part by the effort put in by a worker, or their work ethic. It is also a measure for which we can find objective data and is therefore easier to quantify.

In economics, national productivity is typically measured as units produced per hours worked, or gross domestic product (GDP) divided by the number of hours worked by employed residents. Unfortunately, data on hours worked is not available for most developing countries, so the standard calculation for productivity is not possible.

Like many African countries, Botswana has a relatively low formal employment rate and a relatively high number of informally employed residents (such as informal traders, gardeners, nannies and so on). Therefore, for the sake of comparison, we will also present the figure for output produced per working age population (GDP/residents aged 15-64).

By such calculations at least, the account of Botswana’s low productivity does not hold water. Indeed, productivity is on the up in the country, with relatively steady growth by both measures since 1980.

No standard measure of work ethic

These measures of productivity admittedly have their flaws. In a more in-depth piece, we could, for example, examine what impact the high-value/small-employment mining industries in the countries evaluated have on the data.

There is, however, a more pertinent limitation to this data for the purpose of our examination: it doesn’t really measure the productivity of the population.

That is because the national productivity of a country does not accurately reflect the productivity of its workers. Thus, while the terms “work ethic” and “productivity” are in many instances used interchangeably, we would perhaps be best served to consider what it is we are measuring.

To examine whether or not Batswana have poor work ethic, we must be more precise than merely looking at the combined output of the country, as above. Unsurprisingly, there is no standard measure of work ethic, but we can develop some approximation of the impact workers’ effort has on the output, and use this as a stand-in for work ethic.

How productive are people with their time at work?

National output can be thought of, very simply, as the result of the interaction of productivity, human capital and physical capital (see the Cobb-Douglas production function).

To provide a measure of “work ethic”, in the sense of how productive people are with their time at work, we need to isolate the people from the physical capital at their use.

Physical capital is the factor of production which consists of durable inputs such as factory machines and computers and the like. To illustrate, even though they are essentially doing the same job, a lazy person with a combine harvester is probably more productive than a hard-working person with a scythe. The combine harvester driver can produce more units of harvested grain in fewer hours so he is undeniably more productive, but does this necessarily mean his work ethic is better?

It’s complicated, but by using the Cobb-Douglas production function we can compensate for the difference in physical capital between countries (by dividing GDP by the stock of physical capital a country holds).

Insofar as it can be quantified in this manner, poor work ethic as a distinctive feature of the Batswana is again challenged by the data.

In Figure 3, we have the average values of national productivity for the years 1980-2014. When we control for the stock of physical capital (Figure 4), we find that, on average, Botswana had a higher output per unit of physical capital than any of the other countries under comparison between 1980 and 2014.

Productivity: Annual output per capita (in US$)" />

Work ethic: Output per unit of physical capital (in US$)" />

It is the South Africans, by contrast, who appear to work the least productively of the workers in the countries being examined. By this measure, therefore, the Batswana are not deserving of their epithet as having especially poor work ethic.

The data calculated here runs directly counter to the prevailing narrative about Botswana’s citizens. It may be that Botswana has lower productivity and/or standards of work ethic than would be desirable, or possible, given improvements in technology, changes in management practices, restructured salary scales or any number of other potential changes.

However, such a discussion should be based on objectively measured data and not opinion. Certainly, the attempts here to quantify productivity of Botswana’s workers upends their reputation as the “laziest in Africa”. 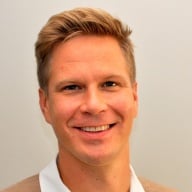