On 8 January, reports from Nigeria’s northeastern Borno state indicated that Boko Haram militants had launched an attack on Baga, a small fishing village located on the banks of Lake Chad. The 7 January attack came just days after insurgents overran a Multi-National Joint Task Force (MNJTF) base situated on the outskirts of the town.

Speaking to the BBC, local government officials claimed that as many as 2,000 people had been killed. Local estimates of the Baga death toll were given added credence on 9 January when Amnesty International’s Nigeria analyst, Daniel Eyre, suggested that hundreds, if not thousands, had been killed in the attack on Baga.

In a press statement, Eyre wrote: “The attack on Baga and surrounding towns looks as if it could be Boko Haram’s deadliest act in a catalogue of increasingly heinous attacks carried out by the group.”

If the numbers are confirmed, Eyre’s comment that the Baga attack may be Boko Haram’s deadliest act of mass violence is unlikely to be contested. Data collected by the Johns Hopkins School of Advanced International Studies (SAIS) suggests that in excess of 10,000 people have been killed as a result of the Boko Haram insurgency and counterinsurgency operations conducted by the Nigerian military since 2003.

If the casualty numbers of the Baga offensive are to be believed, Boko Haram would -  in a single attack - have accounted for as many as 20 percent of the total number of casualties in the decade-long insurgency.

But is it credible to believe that Boko Haram killed as many as 2,000 people in a single act of mass violence?

The first reports of the Baga massacre were published by the BBC on 8 January. Suggestions that as many as 2,000 people were killed in the Baga raid appear to have been based on claims made by a local government official, Musa Alhaji Bukar.

The official, who was not present in the town at the time of raid, based his estimates on eyewitness accounts of residents who had fled Baga as it was razed. The refugees said they could not return to bury the dead due a pronounced militant presence in the region. The casualty figures were not  subject to any independent verification. Instead, the death count appears to be based solely on the accounts of civilians who escaped the carnage.

The chronology of the recent armed raids in Baga may also undermine the credibility of the casualty figures. By all accounts, the initial Boko Haram raid on Baga occurred on the morning of 3 January and was seemingly centered on the MNJTF base located on the outskirts of the settlement.

It stands to reason that the offensive on the military installation, which included the use of semi-automatic rifles and explosives, could have provided forewarning to the Baga community of an impending Boko Haram attack. This may have provided a window of opportunity for many of the town’s residents to flee the immediate area.

The hypothesis that Baga residents may have been privy to an impending incursion appears to be supported by reports released by the United Nations High Commissioner for Refugees (UNHCR). The organisation confirmed on 9 January that that  an estimated 7,300 Nigerian refugees had fled from Baga and its immediate surrounds to western Chad since 31 December 2014. The UNHCR said there had been large population movements from Baga and the wider Kukawa Local Government Area both prior to and during the insurgent incursion in the region. This undermines implicit assumptions that a large proportion of Baga residents were not aware of, and subsequently were unable to evade, the terrorist attack.

The importance of population density

The relative population density of Baga town is another factor which raises concerns regarding the credibility of the death toll. According to local officials, it is suggested that the settlement had a population of around 10,000 residents; however, it remains unclear whether this number was representative of the town’s population at the time it was attacked. This information is important in assessing the death toll.

The recent Boko Haram offensive was not the first of its kind to target Baga. In April 2013, as many as 200 people were killed in the town following a Boko Haram attack and reciprocal counteroffensive launched by the Nigerian army. It is alleged that the Nigerian military employed a "scorched-earth" tactics in their attempts to retake the Baga, consequently displacing thousands of residents who then fled to neighbouring Chad.

Further Boko Haram attacks were also reported in Baga on 15 August 2014 when suspected Boko Haram members abducted as many as 100 adolescent males from the town. In a more recent attack, Boko Haram was suspected to have killed as many as 48 people during an overnight attack on Baga on the evening of 22 November 2014.

The April 2013 massacre, in addition to the intermittent Boko Haram attacks in the region, would undoubtedly have led to a significant population displacement in Baga and its immediate surrounds. Thus, if the town’s population was 10,000 (based on figures from Nigeria’s last census in 2006) it would stand to reason that this number would have been considerably lower at the time the settlement was attacked in January 2015 — thus nullifying suggestions that the high death toll in the town was reflective of its relative population density.

Nevertheless, even if the population of Baga was 10,000 at the time that it was attacked, Boko Haram would have had to employ significant resources in terms of both manpower and equipment to be able to systematically execute as much as a fifth of the town’s total population.

How many dead? It is impossible to say

There have also been suggestions that the quoted death toll of 2,000 may not be specific to Baga alone but rather a cumulative figure derived from a spate of Boko Haram attacks which occurred between 3 January and 7 January. According to local press reports, as many as 16 villages in the Kukawa local government area came under attack by militants over this period. They include the settlements of Doron-Baga, Mile 4, Mile 3, Kauyen Kuros and Bunduram.

But while a cumulative casualty count does provide greater credence to the figure of 2,000 dead, it is also open to debate. Most notably, casualty reporting in multiple locales would be subject to same aforementioned quantification constraints and would similarly be based on eyewitness accounts that cannot be independently verified.

It is without doubt that a significant number of people were slaughtered by Boko Haram in Baga and surrounding areas between 3 January and 7 January. Whether this figure amounts to 2,000 will be difficult, if not impossible, to verify independently. As with the majority of Boko Haram attacks in northeastern Nigeria, a dearth of independent reporting and oversight has rendered the progression of the insurgency as murky and shadowy as the group perpetrating the violence.

This lack of information should be considered when evaluating the death toll figures. By punting uncorroborated and likely inflated casualty figures, we run the risk of quantifying human suffering in a manner which could discourage much-needed international awareness of the Boko Haram conflict.

Death tolls which do not tally into the thousands may no longer draw headlines. Nor will such reports likely evoke the condemnation which accompanied initial reports of Baga and its dead. Instead, Nigerians will continue to die by the scores awaiting help from a world which will only care when they are dying by the thousands.

Ryan Cummings is a security consultant and chief security analyst for Red24. This article was first published by Daily Maverick and is reprinted with permission.

Report: Have 13,000 people been killed in Nigeria's Boko Haram insurgency? 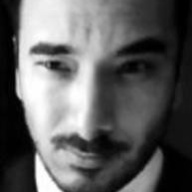