I come from a country where around 80% of our foreign exchange earnings flow from mineral related transactions. Zambia is endowed with natural resources like copper, diamonds, gold, gemstones and some yet-to-be-exploited oil deposits in the western part of the country.

But as my Angolan and Mozambican colleagues have lamented, the benefits of the mining industry in my country are yet to reach people on the ground.

To try and boost transparency in the mining industry, Zambia has joined the Extractive Industry Transparency Index (EITI), a coalition of governments, companies and civil society organisations around the world that aim to increase openness in the mining sector. Our government also releases figures on how much tax each mining company pays in a given year.

Despite this, the public still does not know what the mining agreements between government and foreign investors in the sector contain.

Why investigative journalism is needed in mining

Standard news reporting is not enough to highlight the problems and progress in the mining industry. We need investigative journalists to go deeper and expose the wrongdoings of players in this sector.

There are issues with corporate social responsibility, transparency and the environment, such as lead poisoning, which investigative reporters need to uncover with in-depth reporting.

Investigative journalism is also needed in this sector because it gives context to stories – reporters spend more time and resources on stories that are a far cut above the quick hit kind of journalism.

Keeping track of promises and projects

The role of the media in the mining sector is to show the true picture on the ground and raise awareness of important issues in areas where mining take place. The media is supposed to keep track of all investments projects and the promises mining firms make to local communities.

This is important as the public need information on how specific projects are progressing and whether mining firms are keeping the promises made to the people they displace in order to invest in their area.

Another role of the media in the mining industry is to take authorities and investors to task over their actions in the sector. If there are violations of human rights, it is the responsibility of the media to bring it to light.

Challenges in covering the mining industry

The Zambian media – like in Angola and Mozambique – need more specialized reporters to cover the mining industry. My country lacks specialised journalism schools that train reporters to report on the mining sector specifically. Most reporters in the sector usually have a background in business reporting, which is of a broad nature.

Many important stories in the mining industry need time and resources to be well investigated and produced. This calls for news organizations to allow reporters enough time to do their stories and also to provide money for logistics.

However, many editors do not consent to or commit money to a single story that will take time to be aired or published. They prefer short stories that can be used almost immediately.

As Zambia does not have a Freedom of Information Law, investigative reporters also struggle to gain access to crucial information. For example, journalists cannot obtain figures on how much of the tax that a specific mining firm in a specific district pays eventually flows back to the communities surrounding it.

Paul Shalala is a Lusaka-based reporter at the Zambia National Broadcasting Corporation. He won second prize in the African Fact-Checking Media Awards for a story about the impact of multi-national mining on local farmers in Zambia. This piece originally appeared on his blog. 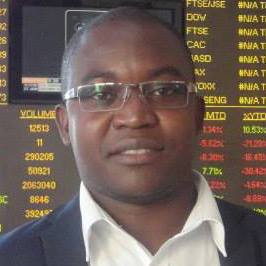