When the world first took notice of a major health epidemic in three of West Africa’s poorest countries, just over a year ago, almost no one moved a finger. That is besides the brave doctors of Médecins sans Frontières who sounded the alarm early on.

Most organisations, including the World Health Organisation (WHO), thought it would blow over quickly, just as past Ebola outbreaks elsewhere in Africa. But as of 1 March this year nearly 10,000 people have died, thousands more had contracted the disease and tens of thousands of Liberians, Guineans and Sierra Leoneans lost everything when economic activities came to a near standstill because of drastic anti-Ebola measures.

Luckily, the disease seems to be losing momentum, with “only” 132 new cases reported in Guinea and Sierra Leone and none in Liberia in the week up to 1 March.

Liberian president Ellen Johnson-Sirleaf called for a “Marshall Plan” to help the Ebola-stricken countries to recover from the epidemic. “The most important long-term response to Ebola lies in plans and strategies for economic recovery,” Johnson-Sirleaf told a major international conference in Belgium where the impact of Ebola was discussed.

At the conference, the presidents of the three countries thanked the international community for their help in the fight against Ebola. As is often the case with aid for Africa, the impression created by politicians and global leaders is that the world has been extremely generous in its response to the epidemic.

However, most of the aid only came in the second part of last year and only accelerated when a few Ebola cases spread to the United States and Europe. Looking closely at the figures, it is also clear that not everyone has put their money where their mouth is.

The Ebola response has suffered from an old trick in development aid: countries announce huge amounts of funding at various conferences or occasions, but keep recycling the same pledges.

A lot of the money never actually reaches those in need. The figures also reveal, shamefully, that Africa is far behind other countries or institutions that are funding the fight against Ebola.

Gap between pledges and actual funding

A total of US$5.1 billion had been pledged by the international community for the fight against Ebola, according to the organisers of the conference. To date less than half of that has been paid out. The co-chairs of the conference urged donors to disburse the outstanding funds and said a minimum of US$400-million is urgently needed for UN agencies to continue doing their work.

These figures are corroborated by those of the official coordinator of the Ebola response – the UN Office for the Coordination of Humanitarian Affairs (UNOCHA) – which says on its website that $US4.2-billion had been pledged up to 17 December last year. Only $1.9-billion had been paid out at that stage – a “funding gap” of $2.3-billion. Since 17 December, new pledges were made to reach a total of US$5.1 billion. Yet the big gap between pledges and disbursements remains.

Another report, this time by the UN Economic Commission (UNECA) for Africa, also points to the gap between pledges and actual funding. Titled “The socio-economic impacts of Ebola on Africa”, the report names some of the culprits when it comes to announcing generous aid, without ensuring that it reaches the right people. China, the report says, pledged $123-million but had only disbursed 8.3% of the money by January this year.

In the past, aid to Africa was more opaque. Decades of campaigns by civil society organisations for more transparency and accountability has borne fruit, however.

Irish singer Bono’s ONE campaign, for example, has set up an excellent Ebola response tracker, which clearly identifies donors that are not disbursing the funds they have pledged for Ebola. While UNECA is cautious in its approach to funding by African countries, saying the figures for how much has been paid out are not available, the ONE campaign doesn’t hesitate to name and shame. According to them, Nigeria has paid out none of the US$5-million it had pledged for the fight against Ebola. (Note: Some of this money could have been figured in with the African Union effort against Ebola.)

A lot of aid for Ebola countries was given in kind. South Africa, for example, gave vehicles, a field hospital and provided training for health workers, in addition to just over US$330,000 in funding, of which 100% has been disbursed. Nevertheless, Africa’s share is a drop in the Ebola aid ocean.

The AU, to its credit, took an unprecedented step of pushing the African private sector to fund a continental effort, but these companies only came up with a total of US$32-million. This is dismal compared to the US$50-million donated by one individual – albeit the world’s richest man, Bill Gates.

Where does the aid go?

A more complex question is: Where does the aid really go? Following the 2010 earthquake in Haiti, for example, a plethora of aid agencies streamed to the island to help in what seemed from a distance to be a very uncoordinated response.

While the Ebola effort is certainly more organised, there were also a myriad of organisations involved here. Figures released by USAID shows that the United States’ aid of $1-billion went to dozens of relief and humanitarian organisations – religious and otherwise – spread across the three countries.

The challenge now is for the Mano River countries to use the international aid to the benefit of all their citizens. Reports from Sierra Leone that $3.3-million in aid went “missing” sends a shiver down one’s spine. The world can only hope that this is an exception and that Johnson-Sirleaf’s “Marshall Plan” will succeed.

Liesl Louw-Vaudran is a consultant for the Institute for Security Studies (ISS).

FACTSHEET: What is Ebola?

The unofficial ‘cures’ offered to date for Ebola are simply hoaxes 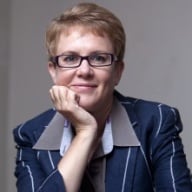