COMMENT: The (fact)ors that matter in an anti-rape campaign

Men in heels, black and blue in a gold and white dress, wearing a doek for Women’s Month – even the “tampon with teeth”. These are just some of the campaigns that have been developed to raise awareness about violence against women and that made it past the drawing board and into magazines, newspapers and online platforms in South Africa.

Some did not make it past the drawing board. At the Rape Crisis Cape Town Trust we have had our fair share of interesting offers from advertising agencies eager to win a Loerie Award.

One made a spine chilling rendition of our national anthem sung by an opera singer with an exquisite voice but the words were a recital of South Africa’s rape statistics. Another one had the words: “According to official statistics in South Africa 27 women are raped every day. Nobody gives a [insert profanity].”

This was intended to provoke complaints to radio stations and newspapers that ran this public service announcement. These would then be counted and a follow up announcement would say how many people complained about the word in comparison to those who said they were shocked by the statistic.

Why not partner with the social profit sector?

Criticism of the recent misguided campaigns spread like veld fires across the Twitterverse with commentators writing scathing pieces in the media, drawing responses from the campaigns that vary from the defensive to the apologetic. But none quite manage to say what it is about these campaigns that is so very misguided when they are unquestionably well intentioned, on some level at least.

In recent years the social profit sector in South Africa has faced huge cutbacks. Our ability to run our own campaigns has been severely curtailed.

The value of campaigns run by media houses, government departments and even large retailers is that these platforms have the resources to run them very effectively. So why not partner with the social profit sector in creating them?

First of all, social profit organisations can help campaigners to get the facts straight. Africa Check has previously shown how inaccurate claims can undermine the effort to tackle the true rape crisis.

Secondly, a campaign should never just be about awareness-raising, and this is the mistake that many make. Because where do you go from there? If you can’t show people how to make a difference then what is the point?

After all, there is a great formula to help these organisations get it right in future. Communication, advocacy and funding must come together for a campaign to be successful.

A strong, clear message that exposes the problem should be followed by a call to action and a request to donate. For this to work effectively the campaign needs to be aligned with a specific organisation that supports the chosen cause and the content of the message needs to be generated from within that cause or at least resonate with that cause.

The people that work for that cause will know what works and what doesn’t work. That is their value. There should be a clear ask on behalf of the cause. It should be based on solid facts. And that ask should relate to one thing that needs to change.

Let’s have campaigns that deal with violence against women that illuminate the problem, that ask for one thing to change and then provide a channel for giving. A donation that supports that change then has real meaning for the person that makes it.

If you want to know what that one thing is that needs to change, ask the organisations that work towards it daily. And be prepared to go back to the drawing board again and again in service of the right facts, the right message and the right call to action. Women deserve nothing less.

Kathleen Dey is the director of the Rape Crisis Cape Town Trust.

Will one in three women in SA be raped? Blow the Whistle wrong again

Will 74,400 women be raped this August in South Africa? 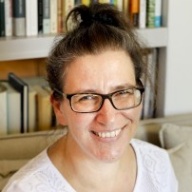