Doctored photos are as old as photography itself, with countless examples throughout history.

“Back in the days of film photography, a laboratory technician could always tamper with an image in the dark room, but you really had to be an artist to pull it off,” explains AFP’s chief photo editor Eric Baradat. “Whereas now it’s within the reach of pretty much anyone.”

The widespread availability of retouching software, combined with the fact that even baseless charges of forgery can go viral on social media, have fed a rise in conspiracy theories surrounding photojournalism. (An AFP photograph shot above Kobane last autumn has been the target of one such campaign.) That has led organisations such as the World Press Photo to toughen their criteria – and newsrooms to equip themselves with tools to protect themselves from fraud.

A fire breather performs in Chinatown in Manila a day before the Chinese New Year on January 22, 2012. The shape of the flame - coming just before the year of the dragon, led some observers to suspect manipulation. But after analysis the photo was proven to be authentic. Luck can sometimes do things better than Photoshop. Photo: AFP/Noel Celis" />

To detect image manipulations, AFP employs a sophisticated forensic software tool called Tungstene. Highly complex to use, it enabled the agency back in 2011 to unmask as a fake an image circulating on social media, purporting to show the corpse of Osama Bin-Laden.

On an everyday basis, it allows editors to analyse any suspect photograph before publication. That chiefly concerns photos obtained from outside sources that AFP knows to treat with caution, such as the governments of North Korea or Syria, various rebel groups or the Islamic State group. But Tungstene also serves to prove our good faith if a client or observer wrongly voices doubts about an image that looks “too good to be true”.

That was the case with this stunning image of a fire breather from the Philippines, photographed during Chinese New Year celebrations in 2012. The shape of the flame could understandably fuel doubts about the picture’s authenticity. But in-depth analysis proved that there had been no trickery whatsoever.

Whatever the conspiracy theorists would like to believe, when talent, chance and luck come together, the result is often better than with Photoshop.

In May 2011, the Tungstene software tool allowed AFP to unmask as a fake an image circulating online and purporting to show Osama bin Laden's dead body. Photo: AFP/Franck Fife" />

When it comes to modifying tone, colour or contrast, however, the rules are much more open to interpretation – and controversy. Depending on the context, darkening or lightening someone’s skin can be a simple aesthetic matter (to illuminate an underexposed face in a portrait, for instance) or it can have racist connotations.

In 2006, Reuters news agency severed its relationship with a Lebanese freelancer, Adnan Hajj, after he was accused of darkening the smoke on an image of an Israeli bombardment over Beirut. Two years after the Swedish photographer Paul Hansen took first prize at the World Press Photo 2013 awards, the debates still rages in photojournalism circles over his winning shot of a children’s funeral in Gaza. Although it was established that nothing was added or deleted from the image, the photographer was fiercely criticised for darkening some areas and lightening others at the post-processing stage. The World Press Photo stood by its decision to reward him, judging that there had been no change to the image content.

“We musn’t confuse forgery and the photographer’s vision,” argues Roger Cozien, whose company eXo maKina developed the Tungstene tool jointly with Serge Mauger, a professor of semiotics, the study of how signs and symbols combine to create meaning.

“Let’s say for instance a photographer witnesses a phenomenal volcanic eruption. His images are bound to be far duller, less spectacular than what he saw in real life, so he decides to darken the cloud of smoke to make it look more impressive. Should that be held against him? All he has done is make the image fit more closely to what he truly saw and felt. After all, we were not there – he was!”

Do not mistake photographer's vision for manipulation: many well-known techniques, like here the use of slow exposure to shoot seagulls in the sky above Rome, are perfectly accepted and frequently used in photojournalism however unreal an effect they produce. Photo: AFP /Gabriel Bouys" />

“There is no sense in expecting a photograph to be a mirror image of reality,” says Cozien. “Reality is not the same for the frog who perceives only movement, or for a dog who sees in black and white. A photograph will only ever be the vector for a story, for a reality described by the photographer.”

A black and white image, taken with a flash or a long-focus lens, is obviously not an accurate reflection of reality. But that doesn’t mean it’s a fraud.

“No one is born with a 400 mm telephoto lens for eyes,” sums up Eric Baradat. The same applies to the use of zooms, multiple exposures, slow shutter speeds or panning – a technique used to follow and shoot a moving subject, in sports for instance. Good practice is usually to indicate the techniques used in the photo caption.

Modifying tone, contrast and colour are also admitted practices in the profession, provided it is done sensibly and without altering the image content. That is what makes the aesthetic of certain photographers instantly recognisable – as used to be the case before the digital era with photographers who swore by a particular type of film.

“We always want to feel something from an image,” says Patrick Baz. “The red line is when art starts to take precedence over journalism.”

Here, a picture taken on February 15, 2015 by an AFP freelancer in Douma, outside Damascsus, shows a grisly stage-act organised by Syrian rebels to denounce the bombardment of the town by government forces and the international community's failure to act. Children dressed in orange stand in a cage, recalling the horrific fate of of the Jordanian pilot burned alive by the Islamic State group a few days earlier. Circulated without a clear enough caption, such an image is open to all manner of interpretations. Photo: AFP/ Abd Doumany" />

Judging exactly where that line lies can be fiendishly difficult, with a great many grey areas and head-scratching dilemmas.

“Taking pictures with a flash is allowed – so why do we ban a photographer who made a mistake in his settings and whose picture is too dark from adjusting the exposure with Photoshop at the post-processing stage?” notes Antonin Thuillier, a photo specialist on AFP’s technical editing team.

“The same goes for vignetting, a technique used to darken the contour or an image in order to highlight what is in the centre. It is banned at the post-processing stage – but you get the same effect on the original image if you shoot with a poor quality lens.”

Thanks to the proliferation of tools such as Instagram and Hipstamatic, any smartphone user can take pictures with filters or “retro” effects, further blurring the line between what is and isn’t permissible for a press photographer.

“In any event, unlike a traditional photograph which is a scene physically printed on a film through a chemical process, a digital photo is already the result of a computer process,” says Thuillier. “Digital cameras don’t capture images, they gather data which is then processed with a series of algorithms to produce a picture.

“A software tool like Tungstene can only detect technical manipulations,” adds Roger Cozien. “But manipulation is not always a question of post-processing. Well before tampering with a photo, it is possible to manipulate its meaning.”

It is widely accepted, for instance, that cropping and rotating a ski picture on Photoshop to make the descent look steeper constitutes fraud. But you can obtain the same effect much more easily by rotating the camera as you take the shot. In that case, neither comparing the picture with the RAW photo file nor running it through Tungstene will detect the trickery. Likewise if the picture is staged.

“A photograph is the association of an image and a caption,” says Roger Cozien. “It’s the meeting of these two elements that determines whether a photograph is fake or not.”

The ultimate barrier against fraud is a journalist’s professionalism, and the transparency of their work.

Roland de Courson is editor of the AFP Making-of blog, where a longer version of this piece was originally published. 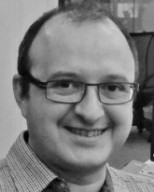