COMMENT: How to raise the 'real' matric pass rate


The release of the 2014 matric results last week followed the now familiar routine of focussing primarily on the pass rate and how it changed, both nationally and provincially.

The notion of the matric pass rate is one that is deeply rooted in the South African psyche and seen as perhaps the most important indicator of education in the country. This is extremely short sighted.

The public, and it would seem the Minister as well, believe that if the pass rate goes up then the quality of education is improving, and if it goes down then this is an omen of deteriorating quality, or – as was the case in 2014 – due to some other factor like a change in the curriculum.

The problem is that the matric pass rate is a function of the students that actually reach and write matric. More and more commentators and critics are beginning to understand why the pass rate seen in isolation is problematic and in many instances misleading.

However, a more appropriate measure would be to calculate what proportion of a cohort that started school 12 years ago passed matric – what some people are calling the "real" matric pass rate or the throughput-pass-rate. That would be about 36% for 2014, down from 40% in 2013.

(For those interested in the actual numbers the calculation is 403,874 students who passed matric in 2014 divided by the 1,085,570 students that were enrolled in Grade 2 in 2004. I use Grade 2 figures as the proxy for the true size of the starting cohort because there is excess grade repetition in Grade 1, leading to an overestimate of cohort size if one uses Grade 1 enrolments.)

As a nation with a skills shortage and a below average proportion of youth that complete upper secondary school, we should be very concerned that fewer students are actually reaching and writing matric.

The table below shows that although there had been a general increase in the throughput rate from 2010 to 2013, the rate came down in 2014. This year there were 29,252 fewer matric candidates than in 2013. Part of the reason for this is that 2014 was a smaller cohort than 2013, but the lower throughput rate is also part of the story.

Table 1: Students writing and passing matric relative to initial cohorts at public ordinary schools only (Education at a Glance and Matric 2014 Technical Report)

What causes fewer students to reach matric in one year relative to the previous year? It could be external changes that affect cohort sizes (like the change of age-of-entry policy in 1999).

But it can also be through the direct actions and influences of principals, teachers and district officials. Given the attention and emphasis on the matric pass rate – for schools, districts and provinces – there are a number of people who have an incentive to ensure that the matric pass rate goes up, irrespective of how this is achieved.

For example, in October 2014 the MEC for Basic Education in Gauteng, Panyaza Lesufi, explained to his district officials that: “Any district that drops, even if it’s by 0.01 percent, before you give me the results, put the resignation letter on top.”

This kind of approach to the matric pass rate introduces severe unintended consequences like teachers encouraging weaker students to leave school or repeatedly failing them in Grade 11. Or, as was the case in some schools in the country, resorting to cheating and conspiring with students.

I am all for more accountability in education in South Africa, but what exactly can a district official do in October to improve the outcomes in matric one month later? By all means set performance targets, but set the right ones. Like measuring the throughput pass-rate from Grade 8 to matric, a far more sensible metric to use for accountability purposes (i.e. what proportion of Grade 8 students in 2010 passed matric in 2014 relative to the throughput pass rate the previous year?)

This is not an especially new argument. Nick Taylor, the CEO of the National Education Evaluation and Development Unit (NEEDU) commenting in 2011 explained the tension between quantity and quality as follows:

“Because the pass rate is a ratio consisting of two numbers – numbers of passes as a fraction of numbers of candidates – it can be improved by changing either or both these quantities. In the period 1999 to 2003 the one that was changed was the number of candidates: fewer children were given the opportunity to write matric whereas the number of passes stayed about the same. The result was that the pass rate went up and the government claimed victory…

"Ironically, although the 1999 to 2003 period received public approval for its increased pass rate, this was a period of declining quality that was achieved in two ways: encouraging candidates to register at the easier standard-grade level and lowering standards by making the examination papers easier, focusing largely on cognitive skills of an elementary nature at the expense of the higher-order processes of analysis and interpretation.

"In short, improved efficiency can be achieved by restricting opportunity or by compromising quality, or both, and this is what happened at the time.”

Why do students drop out?

In light of the above statistics, it seems logical to ask not only how many students drop out (answer: 550,000), but also why they drop out.

Perhaps the most comprehensive analysis of dropout is the article by Dr Martin Gustafsson, an educational economist at Stellenbosch University, titled “The when and how of leaving school.” In it he explains the reasons why South African students drop out, and in which grades they do so.

Household surveys show that when youth are asked why they dropped out of secondary school, the four most prominent reasons were:

This cause of dropout for girls is well defined and relatively well understood. Despite being against policy, excluding pregnant students from school is widely practiced in South Africa, both formally and informally. In 2008 and 2009 school governing bodies at at Welkom High School and Harmony High School in the Free State adopted pregnancy policies for their respective schools that allowed for the automatic exclusion of any learner from school in the event of her falling pregnant.

In July 2013 the Constitutional Court ruled that this was unconstitutional and that pregnancy policies which exclude pregnant girls from attending class are prima facie a violation of pregnant learners rights to equality, basic education, human dignity and privacy.

While this cause of dropout primarily affects female learners, the fact that it is so well defined and measurable means that it is highly actionable from a policy perspective. There needs to be better advocacy campaigns directed at youth – about sex, contraception, teenage pregnancy and the constitutional right to education of pregnant students.

But there also needs to be tighter enforcement of policies that prevent unfair discrimination against pregnant girls. Perhaps most importantly the Department needs to develop workable solutions to facilitate the re-integration of school-age mothers after giving birth.

Decreasing pregnancy related dropout is likely to make a large dent in the 550,000 students that drop out of school before matric. Of course there are larger causes of dropout – notably the low quality of primary and secondary education and the lack of vocational opportunities – but these are notoriously difficult to understand and remediate.

The fact that so little is done to firstly prevent teenage pregnancy, secondly to support pregnant learners, and thirdly to re-integrate school-age mothers, means that there is huge potential to improve the educational outcomes and life chances of thousands of girls in South Africa, and decrease dropout in the process.

Nic Spaull is an education researcher in the economics department at Stellenbosch University. He can be followed on Twitter @NicSpaull and his research can be found at nicspaull.com/research.

Report: Can you really pass matric with a 30% average? The claim is misleading
Report: Why the matric pass rate is not a reliable benchmark of education quality
Report: Minister wrong to say ‘better results’ show SA education is improving
Guide: Assessing South Africa’s matric exam results
Blog post: The economic value of matric and the potential of further education colleges 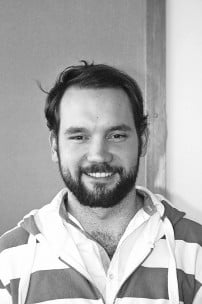