Walk through Oshodi, Lagos, and you are bound to see them, posted up boldly on the wooden uprights of market stalls: flyers for bullshit health claims, marketing fake “cures” for everything from gum disease to HIV.

Turn on the radio as you drive through Nairobi, Johannesburg or Dakar and you will hear slightly watered-down versions of the same thing: quack doctors, unqualified “health experts” and sometimes even dubious religious practitioners peddling false information to people anxious about their health and seeking a cure.

A page from the textbook used to teach Ugandan schoolkids to think critically about health claims." />

I lived in Lagos when HIV/AIDS was first spreading widely and saw many people fall for false health advice and products.

More recently, I returned to Nigeria to learn that a friend had been incapacitated by a series of strokes. Medical treatment was available but his family decided it was not necessary. They spent their money on religious observances. My friend died a few weeks later.

So, I was encouraged to meet this week the leaders of an interesting trial carried out in Uganda that may just provide a way forward in the fight against false claims, fake cures - and even fake news.

In a trial conducted last year, a group of health researchers selected 10,000 year-5 Ugandan schoolkids at 120 schools around the country and offered half of the schools lessons in critical thinking. Afterwards, they tested the ability of the kids, aged between 10 and 12 years, to spot bullshit health claims.

Those who had done the course did twice as well at spotting false claims as the rest. The lesson: training kids in critical thinking works.

Why does this matter?

The trial matters if you think, as I do, that it is important to flag up false claims made on important topics of public debate as being false, but that doing this alone is not enough.

Africa Check was set up in 2012 in Johannesburg and now operates in Lagos, Nairobi and Dakar. Our goal is to keep public debate and the media honest in these leading countries around the continent, by pointing out false claims, putting a spotlight on correct information, and helping people identify the difference. It does not matter to us what people decide, provided they do that based on good information.

In recent months, however, concern about the rise of “fake news” has grown around the world, and along with it the alarmist fear that we live now in a “post truth” age.

Some of the world’s leading fact-checking organisations – in the US, UK, Argentina and elsewhere – are working on fascinating technology-based approaches that can be part of the solution. This so-called “automated fact-checking”, if or when it works, will make it easier than ever for people to assess, instantly, the accuracy of a claim that is made.

But what about people who are off-line? What about claims made on topics where good data is not available?

Developed by the Norway-based Center for Informed Health Choices, the 9-lesson critical thinking course taught to Ugandan schoolkids used a cartoon-based textbook for the children, Dr Andy Oxman, co-author of a paper published this week in medical journal The Lancet, told me.

The examples, drawings and language were all extensively user-tested, said Matt Oxman, son of the trial leader, who authored the textbook.

“In the end, after a lot of feedback, we got to something that was engaging and relatable. They liked the narratives. They read it together They role-played. We had a poster. We had a song to sing. There were a lot of activities. But again and again, it was all carefully user-tested,” Matt said.

The course covered concepts like understanding that anecdotes can be powerful but are an unreliable basis for health claims. And knowing that newer or more expensive treatments may not necessarily be better.

The material used real-world examples like the claim, widely believed in Uganda, that cow dung can be used to heal burns.

Hoping to extend trials to other countries

More research is needed, to see if the skills that have been developed stay with the young people, or if refresher courses are needed.

But, with Africa Check having started training courses for young people earlier this year, my hope now is that Africa Check will be able to work with the Center for Informed Health Choices to extend these trials to other countries.

“Good health literacy can help people make good health choices, which may benefit their health and save resources,” Oxman said. Use the same techniques for news literacy and we could perhaps start to defeat “fake news”.

Peter Cunliffe-Jones is founder and executive director of Africa Check. 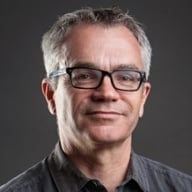