COMMENT: The International Criminal Court is a bully, and other popular myths

The International Criminal Court grew out of the international justice movement that flourished after the ending of apartheid in South Africa and the fall of dictatorships in South America.

South Africa joined the ICC soon after its inception in 1998, and the country was one of the early supporters for setting up the court. In this, it was joined by other developing countries that wanted an international mechanism to try the gravest of human rights abuses. By 1 April 2015 a total 123 countries had joined ICC.

The court remains one of the few avenues of justice for the citizens of a number of countries. Shortly after Sudanese president Omar al-Bashir fled his ICC arrest warrant in South Africa on 15 June, the Palestinian Authority handed over documentation to the court’s prosecutor, detailing alleged Israeli crimes in the occupied West Bank and during the war on Gaza in 2014.

The Palestinians have fought hard to join the ICC and, with the stance it has taken on the al-Bashir issue, South Africa has found itself adopting a position similar to Israel’s, which says that it will refuse to cooperate with the ICC.

No mechanism of enforcement

The al-Bashir case did not showcase the bullying tactics nor the strength of the ICC, as some of the court's critics maintain. In fact, it revealed one of the more significant weaknesses of the ICC - that it has no mechanism of enforcement.

Unlike domestic courts within a country, the ICC does not have a police force or an army at its disposal. Therefore the ICC was in no position to force South Africa to arrest al-Bashir: it relied on South Africa to comply with its arrest warrant.

It must be noted that the South African parliament drafted and signed the ICC Act into law on 16 August 2002, making the provisions of the ICC’s founding treaty (the Rome Statute) part of domestic law. The ICC therefore did not infringe on South Africa’s sovereignty, as its opponents say: the ICC Act is domestic South African law, which is why a local South African court and judges tried to enforce al-Bashir’s arrest warrant.

African politicians opposed to the ICC like to suggest the court has free rein to target African leaders. In fact, the ICC has been set up as a court of last resort, meaning that it will only intervene if a local state is either unable or unwilling to prosecute serious human rights abuses.

And the facts contradict the claim that the ICC has been targeting African leaders in particular as the majority of ICC cases have been referred to it by African governments themselves.

In December 2003, Uganda became the first country to invite the ICC prosecutor to investigate the rebel Lord’s Resistance Army (LRA). Since then, the governments of the Democratic Republic of Congo, the Central African Republic and Mali have all asked the ICC to investigate grave human rights abuses within its territories.

The investigation in Kenya resulted from local political attempts to deal with the 2007/8 post-election violence. The investigation in the Ivory Coast has also been carried out with the agreement of the Ivorian government. Only Sudan and Libya have been referred to the ICC through the United Nations Security Council.

The Sudan referral was significant because it came about through a unanimous decision by the Security Council. This means that both Russia and China (traditionally seen as champions of developing countries) agreed with the need for the investigation and did not exercise their veto, despite their close relationship with Sudan.

Although all current cases before the ICC stems from Africa, cases that are part of the ICC’s preliminary examinations are mostly from outside of the continent: Palestine, Honduras, Ukraine, Iraq, Afghanistan, Colombia and Georgia.

Besides these cases, there are also lobbies within a number of other countries like Syria, Myanmar/Burma and Mexico asking for the ICC prosecutor to launch investigations. And in the 1990s, before the ICC was set up, the international powers did set up a special tribunal, the ICTY, to try war crimes from the wars of the former Yugoslavia, resulting in dozens of cases and many successful prosecutions.

African position on al-Bashir not unanimous

Despite the rhetoric, attempts to arrest al-Bashir largely come from within Africa. Some examples:

(Note: Read about other attempts in Daily Maverick's piece "Africa and the ICC: The ties that still bind".)

Even the current AU position on al-Bashir has not been unanimous: Botswana has criticised the South African government’s refusal to comply with a court order.

There is a certain irony in portrayals of al-Bashir as a victim of anti-African sentiment: his genocide charges relate to allegations that Khartoum, as part of its Islamist and Arab supremacist policies, armed Arab groups specifically to commit genocide against “African” groups in Darfur.

Signatories allowed to set up tribunals

Throughout the debate around al-Bashir, the South African government and the AU have called for the establishment of an African court to try major human rights cases. This ignores the fact that domesticating the Rome Statute allows African signatories to set up tribunals to try international crimes.

Even as leaders of the AU urge its members to not to cooperate with the ICC, African survivors - ordinary citizens - are pushing for international justice. In July, a Senegalese court will start the trial of former Chadian ruler, Hissène Habré, accused of crimes against humanity, torture and war crimes. The court chambers were inaugurated by Senegal and the AU in 2013 to prosecute mass human rights abuses during Habré’s rule between 1982 and 1990.

The trial is the result of more than 20 years of activism by survivors and victims’ families in Chad. It is significant because it is the first case in Africa to be tried according to universal jurisdiction, a principle in international law that allows domestic courts to prosecute serious crimes, even if those crimes are committed in another country, by a non-national and against foreign victims.

In the end African justice for torture and human rights abuses does not look very different from justice anywhere else in the world.

Karen Williams started her career as a journalist and works across Africa and Asia in media and human rights. 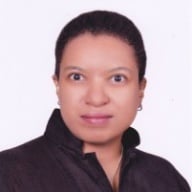 Africa Check’s editors in Kenya, Nigeria, Senegal and South Africa look back on a decade-long effort to improve voters’ decisions.

When I first proposed the idea of Africa Check, I was told it would be a fool’s errand to set up a fact-checking operation on the continent....

[email protected]: Over coffee, the seed of an African fact-checking network

The idea was discussed in a Paris coffee shop. Ten years later, Africa Check has reached and succeeded those ambitions.