Skip to main content
Back to Africa Check
government

They fly first class, stay in plush hotels, swan around in designer dresses and suits and cruise the streets in blue light convoys and luxury million rand sedans. For some of South Africa’s ministers, deputy ministers and provincial premiers, being elected is a ticket to both power and riches.

Looming amendments to the Ministerial Handbook and cost-cutting measures announced last year are meant to curb the worst excesses.  But in a country like South Africa where the president can justify spending more than R200-million in taxpayer’s money on his country residence and retirement home, politicians are adept at finding loopholes.

Let’s take a look at some of South Africa’s biggest government spenders. 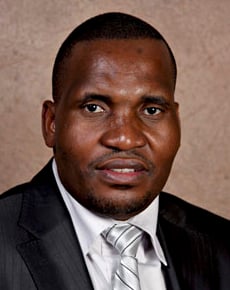 In 2011, South Africa’s Public Protector, Thuli Madonsela, found that the then Minister of Cooperative Governance and Traditional Affairs, Sicelo Shiceka, had travelled to Switzerland “under false pretences and at state expense”.

Shiceka, who said he was there for important FIFA 2010 World Cup business, actually spent his time visiting his girlfriend, who was behind bars in a Swiss prison.

The trip cost the state R546,864. The Public Protector called it a “financial loss” that was of “no benefit or any value to the state”.

Shiceka also managed to rack up exorbitant bills at South African hotels. This included  R280,716 at the One & Only Hotel (“one of the most expensive hotels” in Cape Town) in 2009.

Shiceka fell rapidly from grace and was dropped from the cabinet during a reshuffle in October 2011. He died in April 2012. 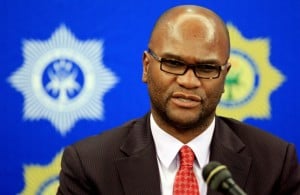 In 2011, Madonsela found that the police minister, his bodyguards and staff had lived it up at the Table Bay Hotel for 26 days in 2009 at a cost of R301,515. Mthethwa – who is now the Minister of Arts and Culture - also stayed at the Hilton Hotel in Durban for 39 days between December 2008 and April 2009 at a cost of R276,499 to the state. However, the report found that Mthethwa had not been involved in the accommodation arrangements and that he was unaware of the irregularities regarding the expenditure.

While the Public Protector found that Ministerial Handbook allows ministers to stay at “any hotel”, the expenditure did not comply with the Handbook’s requirement to use hotels with reasonable tariffs and to keep expenses as low as possible. The report found that the “lapse of judgment was enabled by the absence of clear guidelines in the Handbook in what constitutes a reasonable tariff”. 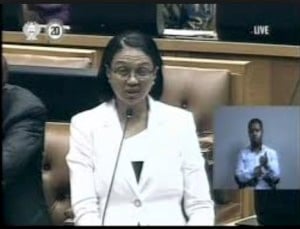 In 2012, Madonsela found that former agriculture, forestry and fisheries minister,  Tina Joemat-Pettersson, rang up a bill of R420,000 when she stayed at a Johannesburg guest house for 29 days in 2010. Although the Public Protector decided that Joemat-Pettersson’s justification of the costs was reasonable, the report found that she had failed to “concern herself with the prudent use of public funds in connection with her accommodation expenses”. She was criticised for her “blank cheque attitude towards public funds”.

The report also found that Joemat-Pettersson’s department had acted unlawfully when it had agreed to cover the cost of a return trip for her children and their au pair from Sweden. The cost of R151,878 was described as wasteful expenditure and an act of maladministration. The handbook is clear on the matter: ministers have to foot the bill when their kids travel internationally. No ifs, buts or au pairs.

Everybody gets a car 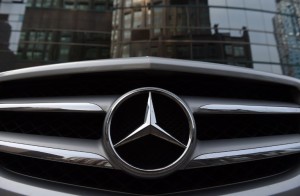 A recent City Press report revealed that in the last five years of Jacob Zuma’s presidency, ministers and deputy ministers had spent R60-million on official cars, such as Mercedes-Benzes, BMWs, Porsche Cayennes, Range Rovers and Audis. The “10 most economical cars on sale” do not feature high on South African ministers’ wish lists.

Many were shocked in 2009 when national planning commission minister Trevor Manuel splurged on a R1.2-million BMW. Everyone thought that a former finance minister would know to show a tad more restraint. In response to criticism from the opposition Democratic Alliance (DA), Manuel acknowledged that the purchase was an error of judgment…but that the purchase was within the rules of the Ministerial Handbook.

‘Self-indulgent, unnecessary’ and in line with the Ministerial Handbook 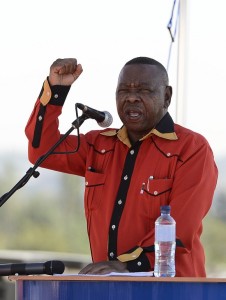 That same year the country’s higher education minister and general secretary of the South African Communist Party, Blade Nzimande, bought a R1.1-million BMW for official purposes. The purchase was described as “self-indulgent, unnecessary and extravagant” by the DA.

Nzimande’s spokeswoman defended the purchase, saying Nzimande was “opposed to any form of unnecessary extravagance” and that the purchase was in line with ministerial guidelines.  In 2009, then communications minister Siphiwe Nyanda bought not one but two new BMW 750i’s worth R1,135,500 each – which were, of course, in line with the Handbook’s guidelines.

The Ministerial Handbook also regulates the purchase of official cars for Premiers and MECs.

Earlier this year it was revealed that then North West premier Thandi Modise (of subsequent inaccurate CV and farm of horrors fame) purchased a new BMW 750i worth R1.3-million.

And in one particularly shocking instance, money was reportedly diverted from an ambulance fund to buy North West province health MEC, Magome Masike, a Mercedes-Benz ML500 worth R938,828.

Both Modise and Masike’s purchases were deemed to be in line with the Ministerial Handbook.

The purchase of official cars for ministers, MECs and every public official in-between is reminiscent of talk show host Oprah Winfrey’s infamous car giveaway show, in which every member of her audience won a brand new car. (Note: The clip really must be watched to be appreciated.)

But in South Africa’s case, a benevolent talk show host isn’t paying for public officials to drive R1-million rand cars – the taxpayers are.