Since the mid-1990s, ongoing patterns of crimes have been observed that specifically target people on the basis of their ethnicity and race.

We at the African Centre for Migration and Society have been trying to determine the locations of anti-foreigner attacks across the country - the hot spots - as well as the causes of this type of violence, in order to provide reliable advice on how to prevent and respond to such violence.

But despite ongoing anti-foreigner violence, the South African Police Service (SAPS) does not officially record crimes targeting foreign nationals and there is, therefore, no official data on the extent of “xenophobic” violence in the country.

Due to this, researchers have been limited to self-developed databases of anti-foreigner incidents (usually based on media reports) which cannot be exhaustive. Consequently, this phenomenon is undercounted in South Africa and cannot be properly examined at the moment.

‘Stats should be used to improve policing strategy’


There is an urgent need for more reliable data on anti-foreigner violence in South Africa. Currently the crime statistics do not differentiate between violence aimed at persons due their ethnicity and other types of violence. But the police could record this information and release it with the crime statistics.

To be useful, these figures should be released not only at the police precinct level, but the specific location of criminal incidents within precincts should also be provided.

Crime statistics would also be more reliable if the method of data collection were more transparent and the data were subjected to auditing processes.

Finally, there is the question of what the police does with its crime statistics. This type of intelligence can and should be used to improve policing strategies, such as increasing police presence at identified crime hot spots. However, it does not appear that present police strategy is intelligence-led.

Alexandra Hiropoulos is a post-doctoral research fellow at the African Centre for Migration and Society at the University of the Witwatersrand. She received her PhD in criminal justice from the CUNY Graduate Center, focusing her research on anti-foreigner violence in South Africa. 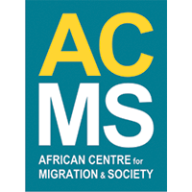