Exchanging ideas on journalism in Africa 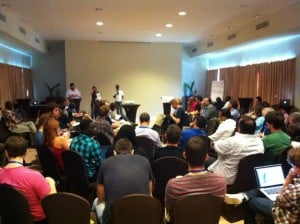 Zanzibar was always a marketplace.

Until late in the 19th century it was known along the east African coast as a trading place for slaves and spices. Today, the spices remain. The slave trade has gone. And a trade in tourism has developed in its place.

At the same time, another, smaller business has grown. The business of organising conferences. Zanzibar as a marketplace for ideas.

For three days earlier this month, around 110 journalists and technologists came together in Zanzibar, invited by the organisers of the African News Innovation Challenge, a funding contest run by the African Media Initiative and partners, and the US State Department's TechCamp programme.

The idea was to bring together journalists, technologists, civil society activists, freedom of information campaigners and venture capitalists - to explain their projects and exchange ideas about ways we could strengthen the media across the continent. 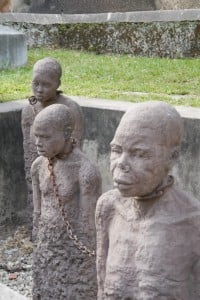 The people attending came from everywhere around the world - from Africa of course, but also from Latin America, north America, Europe and as far afield as Reykjavik, Iceland.

The event started well - with drinks for around 40 early arrivals in a bar at the end of a jetty on the eastern side of the island, followed by the quick-fire project presentations in a process dubiously dubbed 'speed-geeking'.

Africa Check is one of the 40 projects named last month as finalists for ANIC funding, and I was invited to the gathering along with our adviser, Wits University's Anton Harber, to present our project and meet with other finalists and the others invited to the event.

With so many people with so many ideas, the flow of talk was constant.

"Fact-checking is a cool idea," one delegate told me, "but how can you do it in Africa when good data is so scarce?"

"Fact-checking politics is one thing. How do you verify information you find on the web?" said another.

This sort of challenge feels like home ground to me, from my own days running the AFP news wire's services in Nigeria, and across Asia. But what about online security? "How can you ensure the safety of people who send you information?" someone asked. 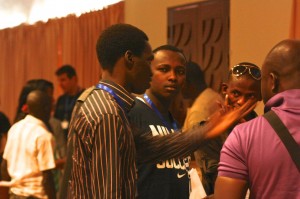 And what about when you have your story and have made your source safe. "How do you take data and display it to have impact with your readers?"

Over three days, there were hundreds such questions asked and - if not all answered - at least ideas exchanged.

Did it change things? I will admit I was not sure at first that it would. But in fact I think it did. I can speak only for Africa Check, but I can say for sure we made valuable contacts for the project, and we've now agreed on some exciting plans we think will help us in the months ahead.

When it came down to it, the one answer that people came back to - again and again - was you solve the problems by cooperating with like-minded people, not trying to re-invent the wheel but exchanging ideas.

If it needs a trip to Zanzibar to find it out, so be it. Someone has to do it.