Skip to main content
Back to Africa Check
Health
HIV/AIDS

Starting today, about 18,000 people converge in Durban, South Africa, for the 21st International AIDS Conference. If it delivers on the hopes of the organizers, it will greatly expand a new front in the battle against the human immunodeficiency virus, or HIV.

You can expect to hear a lot about pre-exposure prophylaxis, a step that Chris Beyrer, the president of the International AIDS Society, called "the most potent new biomedical intervention we have to prevent HIV".

From the moment researchers developed any drugs to block the advance of HIV, treatment was focused only on those who had not just contracted the virus but had blood work that showed it had progressed to a certain point in their bodies.

The prophylactic regime goes the opposite way. It is a daily pill for people at high risk of exposure. If they dutifully take it, it has proven to be over 90% effective in blocking the virus from establishing a permanent toehold inside their cells. The problem is, the world sees about 2 million new infections each year and only six countries currently use the pre-exposure treatment. To bring down that trend, a much larger rollout is needed.

Which brings us to another key theme in this year’s conference, getting all manner of therapies to key populations. That includes sex workers, intravenous drug users, men who have sex with men, and prisoners.

But in some places, young women, in general, seem to be more at risk. Africa Check confirmed the claim that in South Africa, girls 15-19 are eight times more likely to be infected than boys.  But such statistics can easily be twisted. Africa Check debunked the claim that three-quarters of young African girls are HIV-positive. There’s no truth in that.

One of the concerns of conference organizers is that the broader public thinks the threat of AIDS has passed. That mirrors one of our earliest checks from the rock star Bono who said "people think AIDS is done". In fact, public interest has waned. A new report from the Kaiser Family Foundation found that international government aid to lower and middle-income countries to fight HIV/AIDS has declined for the first time.

The rate of new HIV infections has fallen since 2000 but progress has stalled. In the landlocked nation of Swaziland, nearly 30% of the population has the virus, making it the worst-hit country in the world.

We’ve looked into various steps that help bring down these rates. US senator Tim Kaine exaggerated the benefits of staying in school, but a study did find that when girls get one extra year of secondary education, their risk of contracting HIV fell by about one-third.

Circumcision, as a medical procedure, also helps in places such as South Africa, Uganda and Kenya where circumcision rates are low. Over 6 million young adult men have undergone the process, a move that makes them significantly less likely to infect a female partner.

HIV remains a persistent topic for false, even wild claims. It’s untrue that 88 percent of South African police are HIV positive. Poor data collection makes it misleading to say that HIV ranks only ninth among the causes of death in South Africa. And no, milk from arthritic goats doesn’t do a thing to cure AIDS.

For a primer on HIV/AIDS, you can browse our factsheet on the disease’s global reach, and our summary of its impact in South Africa.

We’ll be following the international conference in Durban and checking the claims that emerge.

If you have heard a claim about HIV/AIDS - a surprising truth or a silly rumor - email or tweet us and we'll look into it. 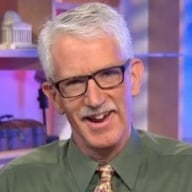