The most bitter pill of all to swallow: Your own failure

A few years back, during a debate on the viability of a Media Appeals Tribunal, then Sunday Times editor Mondli Makhanya had a few wise words for the disbelieving politicians in the audience:

“Nothing can hurt the editor more than having to issue an apology”.

After almost four years and close to 12,000 stories later, today it is my own turn to taste the most bitter medicine of all. Today, Daily Maverick has issued an apology and retracted the story titled “Al-Qaeda: Alive and well in South Africa”.

Let me state clearly: I am personally responsible for this failure.Going through an internal investigation and the realisation that one was wrong is an experience I don't particularly wish to repeat in this life.

But as humbling as this process is, it has reaffirmed to me what is most important – our readers, and the truth.

Breathing life into a new media organisation like Daily Maverick is simultaneously an act of bravery and foolishness. From the moment we began, we worked hard to create and deliver to our readers a daily online publication we hoped will be filled with interesting, even vital, information and ideas, insights and inspirations; An essential guide for our readers to help make sense of a complex, sometimes-confusing and ever-changing world.

A relationship built on trust

Daily Maverick, like many other media voices, past and present, prides itself in being taken into the homes and offices, the hearts and minds of its readers and viewers in what is, after all, an intimate, one-on-one relationship. This relationship is built on trust in the reliability of our stories. Since our own effort begun, nearly four years ago, we have taken immense pride in having created just this relationship with readers throughout South Africa and many more around the world, earning us a prominent and trusted place in South Africa’s crowded, boisterous media world.

From the day we first began publishing, the editors and staff of Daily Maverick decided it would be entertaining, thoughtful and provocative, but always insightful. It aims to be a publication that would inform, educate, entertain and often infuriate a few of the high and the mighty, the powerful and the arrogant.

In the years since, the loyalty and enthusiasm of our readers has – we believe – proved that we could be all of these, day after day after day. It’s been hard work but we feel vindicated by the loyalty of readers who nevertheless always challenge us over what we have published.

But we stumbled on this one.

While we are not unique in this, it hurts desperately that we have published a story that ultimately should not pass our own final test – that every single story, as written, was fully, rigorously and critically examined and that, ultimately, was complete in every detail. (Perhaps that is why editors and historians like to say that daily publications are just the first draft of history, rather than its final edition.) Inevitably, we just have to take a deep breath, step back a bit, swallow our own medicine, and then get right back to work.

In “Citizen Kane”, the best film ever made about a newspaper, Orson Welles portrays Charles Foster Kane, the crusading editor who, as the first edition of his newspaper rolls off the presses, pens his famous declaration of principles: “I will provide the people of this city with a daily paper that will tell all the news honestly. I will also provide them with a fighting and tireless champion of their rights as citizens and as human beings.”

Sadly, by the end of the film Charles Foster Kane has lost his way.

Our promise to you, the reader, is that as much as is humanly possible for us to do, we, the editors and journalists of your Daily Maverick, plan never to lose ours. DM

Daily Maverick published an article by De Wet Potgieter entitled “Al-Qaeda: Alive and well in South Africa” dated 13 May 2013, which was posted on the Daily Maverick website. After an exhaustive internal process, we now can acknowledge that there were inaccuracies in relation to Farhad and Junaid Dockrat in the article and we wish to set the record straight.

It is correct that in December 2006, the United States Treasury listed Farhad Dockrat and Junaid Dockrat on its list of persons associated with terrorism who would be the subject of certain sanctions.

We were wrong to say in our article that Farhad Dockrat lost a court case that was brought concerning certain water rights on his farm, Greylock. Although some farmers in the area told us that the dispute was resolved in their favour, we accept that this was not the case and that the opposite was true.

We have, under the circumstances, and in the interest of good and ethical investigative journalism, agreed to remove the article from our website. DM

Branko Brkic is the founder and editor of The Daily Maverick. This piece first appeared on their website and has been republished with permission. 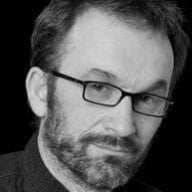