The myth of teenage pregnancy and child support grants

Are teenage girls in South Africa getting pregnant in order to claim monthly child support grants?

It is a story that is told and retold as fact. But, like the recent claim by a provincial education minister that schoolgirls are falling pregnant during the December holidays because they have “nothing to do”, or that teenagers aren’t having sex because of the department’s winter schools programme, it is a myth.

It is a myth like the now notorious Sky News report that pregnant South African women in poverty-stricken communities are drinking heavily in the hopes of harming their unborn children so that they can claim disability grants later.

Tales and urban myths like this are not unique to South Africa. Around the world, claims are made that the beneficiaries of welfare grants intentionally create the circumstances that will allow them to benefit. Often, they are proven false. 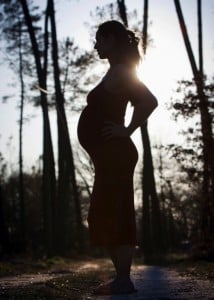 According to a report published in April this year by the Health Systems Trust, one in three South African teenage girls have reported falling pregnant and in the majority of cases, the pregnancies are unplanned. The high pregnancy rate is driven by many factors, including high rates of gender-based violence, as well as poor access to contraceptives and pregnancy termination facilities. The problem is compounded by poor sex education and poverty throughout South Africa.

The myth that teenage girls intentionally get pregnant to access child support grants is perhaps the most pervasive and one that has been given added credibility by spurious news reports.

In November 2011 various news websites carried an article originally authored by the South African Press Agency (Sapa) on teenage pregnancy in Limpopo province. The Sapa story, citing figures contained in a report by the Limpopo provincial health department, stated that 15.5% of the teens who participated in a three-month study intentionally fell pregnant in order to get access to child support grants.

But the Sapa story ignored the fact that even the researchers of the report had cast doubt on those findings. The report itself reads:  "Contrary to the high perception...that the child support grant is a pull factor for teenagers to fall pregnant, only a small proportion (15.5%) of teenage mothers indicated that they fell pregnant to access the grant. It is evident from this study that the child support grant as a driver of teenage pregnancy is merely a perception."

Elsewhere in the report the researchers referred to the "popular myth that teenagers become pregnant for the perverse incentive of accessing the child support grant".

The Sapa article failed to take into account the criteria used to determine when a teenage parent or their guardian is liable to receive a grant. A single parent or guardian may not earn more than R34,800 per year, while a couple's combined income may not exceed R69,600 per year if they are to receive a grant. This translates to R95 a day - just above the average South African minimum wage. Clearly, the grant targets those families who can be considered the most desperate and in need of financial support.

The article also failed to take into account that a child support grant, at the time, amounted to just R270 a month for each child registered with the South African Social Security Agency. Currently, the grant is R290 a month per child, and will be increased to R300 in October this year.

A further oversight by Sapa was its failure to mention that, at most, only 25% of teenage mothers in Limpopo received such grants, according to the provincial health department report.

Samantha Willan, a research associate at Health Economics and HIV/Aids Research Division (Heard) based at the University of Kwazulu-Natal, compiled the Health Systems Trust report on teenage pregnancy in South Africa. Willan found that only 20% of teenage mothers were accessing a social grant by the mid-2000s. Additionally, only 5% of all grant recipients were teenage mothers, which was “considerably lower than the proportion of teenage mothers in the South African population,” Willan wrote.

On claims that teenagers were purposely getting pregnant to gain access to grants, she said: “[W]hile we can always find a few isolated cases where people may report this as a motivator, it does not mean we have a significant number of teenagers doing it, nor that we have a ‘terrible trend’ developing.”

A 2012 impact assessment of the child support grant found that children who were enrolled on the grant at birth stay at school longer and are less likely to suffer ill-health than those who only access this financial support later in childhood.

The impact assessment further credited child grants for reducing risky behaviour among teens, including sexual activity and pregnancy. As such, they may serve to reduce teenage pregnancy over time, rather than increase them as the myth suggests.

Michelle Solomon is a journalist and gender-based violence and rape survivor rights activist based in the Eastern Cape. 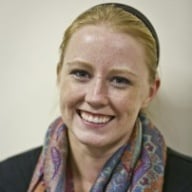