Alessandro Di Battista, is a rising star in Italy’s Movimento 5 Stelle, an anti-establishment party founded by the Genoese comedian Beppe Grillo. The Movimento 5 Stelle erupted on the national scene in 2013, winning about one quarter of votes cast. Besides being one of the party’s leading lights, Di Battista is also vice-president of the Committee on Foreign Relations in Italy’s Chamber of Deputies.

It was therefore no surprise that last October, during a large rally in Rome’s Circo Massimo, Di Battista dedicated his speech to foreign policy. However, in talking about Nigeria, Di Battista made a rather bizarre statement: “Nigeria, you can read about it on Wikipedia: 60% of its territory is controlled by Boko Haram, the remaining part is Ebola.

Considering that Nigeria occupies over 920,000 square kilometers, Boko Haram would control a territory twice the size of Italy - if Di Battista’s numbers checked out. But they do not.

Who are Boko Haram?

According to the Council on Foreign Relations (CFR), Boko Haram was founded in 2002. The Salafi group is formally called Jama'atu Ahlis Sunna Lidda'awati Wal-Jihad, or “people dedicated to the diffusion of the lessons of the Prophet and Jihad” but is better known as Boko Haram, which roughly translates as “Western education is sin”.

Boko Haram has grown increasingly radicalised, starting its violent fight against the federal state in 2009. According to the experts at the CFR, the group has divided into at least five factions since its founding leader, Imam Muhammad Yusuf died in police custody in July 2009. However, this factionalism has not reduced its viciousness: Boko Haram has conducted numerous terrorist attacks, killed thousands and caused hundreds of thousands to flee their homes.

At the time of Di Battista’s statement, the jihadist group had seized the city of Bama in Nigeria’s Borno state and was menacing the state capital Maiduguri. However, the group’s territory was still relatively limited with control of 25 urban settlements in Nigeria’s north-east. If we look at the entire area under threat by the jihadis, the Nigerian government has declared a state of emergency in the three states of Borno, Yobe and Adamawa. However, according to the Nigeria Security Network, the group’s activities are still mostly concentrated on their state of origin. And even there they do not control the entire territory, as this map by the Washington Post shows.

This is clearly not to belittle in any way the potency of the Boko Haram threat. The group has indeed conquered parts of Nigeria’s territory and its reach is extensive, having executed terrorist attacks also in the capital Abuja. However, the fact that Boko Haram can reach into a significant part of Nigeria must not be interpreted as it controlling any more territory than it actually does: only a portion of three North-Eastern States (which together account for less than 20% of all of Nigeria’s territory).

Besides Boko Haram, Di Battista raised the issue of Ebola. Here too, exaggeration seems to have bested reality. According to the Centre for Disease Control and Prevention (CDC) only a few incidents of Ebola were recorded in the commercial capital of Lagos and in Port Harcourt. But in its October 7 update, CDC reduced the alert level from 2 to 1 because all cases of the diseases had either concluded in the patient dying or recovering. There were 20 cases in total and just eight deaths.

In the week following Di Battista’s claim the World Health Organization announced that if no new cases were to recorded by 20 October 2014, the Ebola outbreak in Nigeria would be considered contained. (Following the original publication of this fact-check, the WHO did indeed proclaim the country “Ebola-free” and lauded the authorities for their management of the epidemic)

Can you read about it on Wikipedia?

Di Battista claimed that all anyone had to do to verify his statement was to check Wikipedia. In fact the Italian version of Wikipedia makes no mention of Boko Haram or Ebola in its entry on "Nigeria", while the English version also doesn’t substantiate Di Battista’s claims.

The claim is false. Di Battista presents Boko Haram’s control over Nigerian territory as far more impressive than it actually is. The jihadist group’s increasing influence hasn’t brought it to take full control of a single Nigerian state, let alone 60% of the whole country.

Ebola cases were indeed registered in the country, but were already being contained when Di Battista made the claim. Only 20 cases were diagnosed and eight deaths recorded in Nigeria.

Di Battista’s remarks are so wrong that they can only be rated an “Insane Whopper”.

Report: Have over 13,000 people been killed in the Boko Haram insurgency?

Factsheet: How many schoolgirls did Boko Haram kidnap in Chibok? 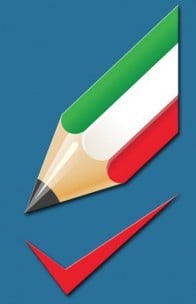