The politics of crime statistics

When Minister of Police Nathi Mthethwa and National Commissioner of the South African Police Service (SAPS), Riah Phiyega, released the official crime statistics this week, the attention of most people was on the question: “has crime gone up or down?” Of course this question won’t easily be answered as statistics for around 30 crime categories were released, some of which show an increase and others a decrease. 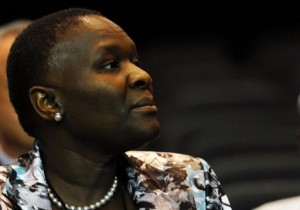 What the statistics certainly don’t tell us is whether we are facing any emerging threats on the streets, or in our homes and businesses at the current time. This is because the crime statistics were already completely out of date and are not relevant to the current situation. The crime statistics released by the police were only relevant for the 2012/13 financial year which ended six months ago (i.e. the period 1 April 2012 to 31 March 2013.)

The absence of regularly available crime statistics severely undermines the ability of communities, business, NGOs and other government departments to identify and appropriately respond to emerging crime threats. Moreover, the lack of data means that where crime prevention initiatives are developed and implemented, their impact cannot be regularly assessed so that they can be amended if necessary.

The lessons from crime reduction in Bogotá

The Colombian capital Bogotá provides a good example of how the regular monthly release of crime statistics could become a fundamental building block for the reduction of serious violent crime.

At the start of his campaign to reduce violent crime in Bogotá, the Mayor Antanas Mockus established a task team consisting of police, prosecutors, various government departments and civil society organisations, including universities. The purpose of the task team was to analyse and track the crime statistics and other relevant data on deaths and injuries. This data was released monthly on a public website so that local communities could have access to updated information on the crime challenges they were facing.

This allowed local communities to tailor-make crime prevention initiatives to their specific crime challenges and then to regularly assess the extent to which they were successful or not. The availability of this data allowed for different localities to experiment with different interventions, many of which did not require police involvement.

One example that proved to have a significant positive impact on violent crime was aimed at promoting responsible alcohol consumption amongst young people. The success of these community-based crime prevention initiatives reduced the burden on the police who were left to focus on repeat violent offenders. As a result the arrest and incarceration rates of serious criminals and repeat violent offenders increased dramatically.

This approach also improved the partnerships between the police, other government agencies, civil society organisations and communities. Not only did this approach work to reduce violent crime, it also worked to improve other social challenges. For example, traffic fatalities also dropped by 50%. 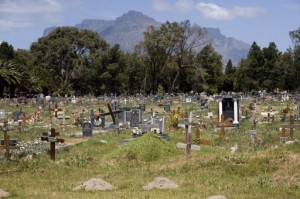 In South Africa, the crime statistics are seen as information that belongs to the police which they reluctantly share with the public and other government departments from time to time. The reality however, is that these statistics are an indication of a public safety challenge that affects all of us and as such should be publicly available as required.

The unwillingness of the police to work more openly and closely with different stakeholders is reflected in they way that its senior managers undertake their planning. Year after year, the SAPS develops its own annual performance plans to tackle crime with no meaningful input from the vast wealth of experience available from other government departments, civil society organisations, the private sector or community-based structures.

This reflects the long-held and prevailing belief that the SAPS is the sole organisation responsible for tackling crime. However, the SAPS themselves highlight that they cannot address the factors that contribute to crime such as childhood neglect, alcohol abuse, poor urban planning, and high levels of inequality. The police therefore regularly call for everybody to play a role in reducing crime.

However, because of a political decision by the national cabinet, they are not allowed to release the very information that would highlight the current and emerging crime threats that would galvanise the action required. 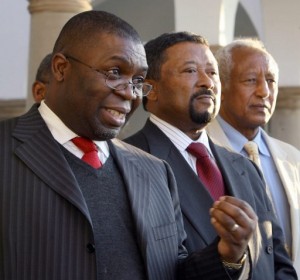 To be clear, the SAPS can easily provide up to date crime statistic and information to the public. In fact South Africa is fortunate that the SAPS has a well-developed system for gathering and collating statistics on crime across the country.

Many tens of millions of Rands have been spent over the years developing the Crime Administration System (CAS) used by the SAPS to provide reports on the crime statistics. This system is linked into nearly all the 1 130 police stations across the country.

Each time a person goes to a police station and reports an incident of crime, a docket is opened and the information about the crime is uploaded onto this electronic system. Every 24 hours, all the criminal cases opened across the 1 130 police stations are updated on the CAS.  This means that the police always have access to detailed and updated information on reported crime.

The information is also geographically tagged so it is possible for the police to track exactly where crimes are taking place and how this pattern changes over time. For example, they also know which different types of crime are most likely to take place, and at what times of the day.

They also know a fair amount about the modus operandi of different crime types and the profiles of the likely perpetrators and victims. It is for this reason that they are able to identify crime ‘hot-spots’ which they use to plan their policing operations and to direct their targeted patrols.

This system was developed as a result of decisions taken early on in our democracy under the government of President Nelson Mandela. In 1997, then Minister of Safety and Security, Sydney Mufamadi, appointed a committee of inquiry to investigate the collection, processing, analysis and dissemination of crime statistics. The committee consisted of local and international experts including police and civilians and was headed by Dr Mark Orkin who was the head of the then Central Statistical Services. Their recommendations, which were released to Mufamadi on 31 March 1998, resulted in the sophisticated crime administration system that is in use today.

A political decision in 1999 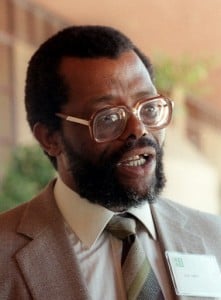 The approach of the government to releasing crime information however, then changed in 1999 with the appointment of a new Minister of Safety and Security, Steve Tshwete, who was part of President Thabo Mbeki’s cabinet.

Looking back, it becomes clear that the decision that was taken, has nothing to do with the public interest. Rather it appears to have everything to do with political convenience.

Mbeki was unwilling to accept that crime was a growing problem in South Africa and was hostile to anybody who suggested otherwise. It therefore was not too surprising when Tshwete decided to place a moratorium on the release of the crime statistics on 18 July 2000 arguing that they were unreliable. This triggered a substantial public outcry and when he lifted the moratorium the following year on 31 May 2001, there was little evidence that much had changed as to the quality of the crime statistics. Subsequently, Tshwete started to release the crime statistics annually at irregular intervals, seemingly when he felt like it.

After Tshwete passed away in April 2002, the next Minister of Safety and Security, Charles Nqakula, continued to release the crime statistics annually and usually in June. This changed towards the end of his tenure when he decided to release a six monthly crime statistics report. This change is likely to have been made because it allowed Nqakula to announcing that overall violent crime had dropped by 5,1 percent in the period April to September 2007.

It was the following year in 2008 that the cabinet took a decision to release the crime statistics only once a year and in line with the financial reporting period. The practice then emerged that the crime statistics were released as part of the SAPS Annual Report which is presented to Parliament in September.

However, the crime statistics first have to be presented to the bi-monthly Wednesday meeting of cabinet before they are released. It is for this reason that they are usually always released on a Thursday, which is the day after. Unfortunately however, by the time this happens the crime statistics are already six months out of date.

There is no need to change this approach to the release of annual national crime statistics. However, this decision should not undermine the ability of the police to share local level crime statistics each month.

It would not be onerous for each police station in the country to, on the first day of each month, to simply print out a table reflecting the main crime categories for the previous month as compared to the same month the previous year. This information could also be made available on the SAPS website.

Interestingly enough, the 1998 Orkin report also recommended that South Africa establish a national panel along the lines of the one in Bogotá. This was unfortunately never implemented and as a result we do not get the full utility of our crime statistics, which remain firmly in the hands of the police, and are only used by the police. Not even other government departments, such as those at local government level, receive regular crime statistics to enable them to better understand and respond to safety challenges.

The police have already acknowledged that they cannot reduce crime alone. It is now time for a new approach, one that makes use of all the expertise, wisdom and skill that South Africa has to offer. Hopefully, it will be recognised that the vision of an active and participatory citizenry as found in the National Development Plan can only be realised if the government shares important and useful information with the public regularly. If such an approach is taken with the crime statistics it has the potential to contribute to a society in which far more of us are able to take action to make our communities safer.

Gareth Newham is the Head of the Governance Crime and Justice Division at the Institute for Security Studies. The ISS online Crime and Justice Hub allows users to find out about crime trends and patterns in their neighbourhoods at www.issafrica.org/crimehub.

See also this Africa Check guide to understanding crime statistics and this ISS factsheet on the 2012/13 numbers. 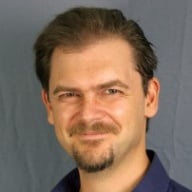