In fact-checking land, days are rarely run-of-the-mill. And when that locale happens to be Africa, you just know it won’t be dull.

At Africa Check, the continent’s first fact-checking organisation, we juggle many balls. This range from determinedly keeping up with furious news cycles to poring through acres of (often sleep-inducing) data and then hobnobbing with brilliant minds as we seek to break down complex topics. And every so often, we will pop up on your television set, if not filtering through to your favourite radio station.

This means it often gets sweaty in the boiler room. But the constant feedback from our readers - both the bouquets and brickbats - keeps us coming back for more.

What will stick with you from this year? 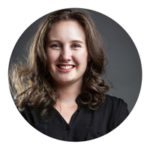 “It was incredibly challenging to determine whether a claim made by South Africa's police minister about the national airline's spending on black-owned businesses was true. The whole team jumped on the fact-check, thinking we could turn it around in two days. Little did we know it would take a month. I will never forget the night a government official phoned me at 7.30 pm (I know!) and gave me the last piece of the puzzle.”

“For me, it has to be the acknowledgement of Nigeria’s statistician-general, who has a big following online, that our work was an ‘example of using data for evidence-based decision making’.  And the lecturer who told me he uses our reports to teach!” 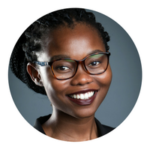 “My highlight this year had to be attending the Global Investigative Journalism Conference. Joseph Stiglitz’s keynote address was such a pleasure. But the best part was the sense of fellowship and community the conference inspired. From sharing techniques for effectively finding information online to commiserating over the lack of data that should be publicly available, it felt like we were all in it together.”

What left you holding your head in 2017?

“Kenya’s appetite for debt has been nothing short of mind-boggling. In just four years (2013-2017) the government more than doubled the cumulative debt it inherited from all the previous governments – since 1963. What did all that money do?” 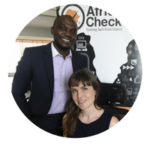 “Comments by a Nigerian governor of one of the worst-hit states during a deadly (and avoidable) meningitis outbreak that it was ‘God's way of punishing people’ couldn’t have been any more gobsmacking. This reinforces the need for the work of Africa Check in a country like Nigeria - especially in debunking dodgy health claims and comments. (If you didn’t know - Nigeria is where Africa Check’s journey begun.)"

“We deal with a lot of government spokespersons during fact-checking. We always take their promises to get back to us by a deadline with a pinch of salt. But I had to laugh when a provincial police spokesman told me he would get back to me ‘definitely maybe by tomorrow’.” 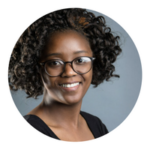 “Making the adjustment from being a journalist to a fact-checker was quite challenging. But even more so was having to deal with people who reject fact-based stories and fall back on old or familiar 'truths', such as Johannesburg mayor Herman Mashaba’s claim that undocumented foreign migrants make up more than 80% of the inner city.

“A low for me - which is really a lesson depending on how you look at it - was running into dead-ends when looking for data or information. Sometimes, you encounter ‘data-gatekeepers’ along the way.

"It can feel like herding cats, but I’m learning this is an unavoidable part of what we do and requires innovation. And we live to fact-check another day!” 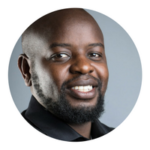 “Has to be my finding that misinformation around the (first) Kenya election of August 2017 was shared more than what the mainstream news outlets put out this year. Talk of Kenya borrowing ‘best practice’ from Donald Trump’s playbook!”

What would make your fact-checking dreams come true in 2018? 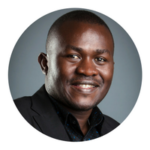 “I want to accompany fact-checks with videos, podcasts as well as pop-ups containing snapshots of documents that I use as evidence when someone hovers over the link. I want to learn all that. And then do it all. Don’t wake me up until 2019, or until it all comes true. Whichever is earlier!”

“More data being made available (and accessible). #FreeTheData”

“My fact-checking dream for 2018 is to bust a very common myth in ‘healthy-living’ circles - immune boosting. Supplements and vitamins cost a lot of money but some of them haven't even been tested.”

“For next year, having our reports in pidgin, Hausa or Yoruba and making them available on more platforms for people. Also having our Info Finder fully operational is going to be swell!”

“A nationally representative survey on the prevalence of rape in South Africa. We know so little about this terrible problem. Good quality data would go a long way to improving our understanding.”

“More responsiveness from regionally-based ‘on-the-ground’ academics? I get a bit miffed that experts from outside Africa are often far more willing to provide insight on the continent…”