Skip to main content
Back to Africa Check
Africa

The size of the Nigerian economy almost doubled. The new total GDP for Nigeria for 2013 was announced as 80-trillion naira, compared to the old estimate for 2013 of 42-trillion naira. In US dollars that’s an increase of about $250-billion to make $510-billion. How much is that? Well in 2012 I guesstimated for African Arguments that the expected increase in Nigeria may mean that at the time there were about 40 Malawi’s unaccounted for inside the Nigerian economy. It turns out there were 58.

It does raise a lot of questions. The first them being: How could this happen and how good are these numbers?

Upon hearing that the Nigerian GDP doubled due to a GDP rebasing, most economists would immediately think that this does not make sense. That’s because the change in base year just tells you that the reference year, or the year for which prices are held constant when you estimate GDP at fixed prices, has changed. So that should mean that prices change, but not output. This is because the base year changes coincide with a lot of new information on different parts of the economy.

When Ghana changed the base year from 1993 to 2006 for their national accounts estimation in 2010 it also led to a doubling in GDP, and as I explained in 2012, the base year changes are very important for many reasons, but first of all because “the data sources and the use of proxies are set in the base year. Even when new information is becoming available, national accountants may be unwilling or unable to add this data to the GDP series”. This process is explained in my book Poor Numbers, and in my most recent book Economic Growth and Measurement Reconsidered. In the latter I show how the picture of the economy and the rates of economic growth completely changed when base years changed in Botswana, Kenya, Tanzania and Zambia.

But the new numbers from Nigeria raise a lot of pertinent questions. I will answer some of them below. 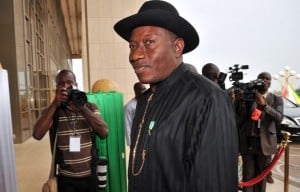 The last time Nigeria changed the base year was in 1990. How could a quarter of a century pass without anyone (or at least very few people) asking some questions? First of all, Nigeria is not alone. There were and still are many countries with base years from the 1980s and the 1990s. Zambia just switched from 1994 to 2010 and increased GDP by about 25 percent.

For Nigeria, some speculate that the GDP rebasing was delayed during the Obasanjo administration because Nigeria was successfully pursuing debt-relief.  I think it is a bit simpler than that. Having good economic statistics has, in the past, not been perceived as being particularly important – it requires a concentrated effort and strategic plan to actually conduct the rebasing. As I already mentioned, it is not the technical part that is the problem, it is a basic lack of information and recording (this cannot not be fixed with a simple snap of the fingers). And the Nigerian Bureau of Statistics cannot go at it alone. There are several examples of failed rebasing exercises where consultants have come up with a new number, but ultimately it was not accepted by the World Bank and the IMF. Liberia tried three times. Even for Ghana it took a year before the numbers were accepted.

How good are the new numbers?

The new GDP number is made up from lot of guesses. It is better than the previous guess, but it still has a big margin of error attached to it. The problem with generating a new and better GDP number is that it has to be based on new and better facts. In Nigeria it was known that the old GDP series did not capture mobile phones and Nollywood, and that the old employment structure from 1990 assumed that three quarters of the labor force was employed in agriculture. That was wrong and problematic, but as a statistician it is hard to justify changing the raw data without replacing them with new raw data.

When the first plan was made to rebase it could not be carried out because there was not enough information available. In a presentation made to describe the process, Statistician General Dr Yemi Kale asked – where are the numbers? The main reason the rebasing has been delayed has been a lack of basic information from businesses, farmers and households on their output, consumption and income. Through an intensive effort some of these data have been made available to put the new accounts on what is considered firm ground by the NBS and international organizations.  But there are still big gaps. Remember the Ghana rebasing? In the case of Ghana the main data source was new VAT numbers, but that is by definition recorded economy and therefore the informal economy still goes on unrecorded. Nigeria faces the same data constraints, and there are many who are not counted in the new numbers.

So now we know what the Nigerian economy looked like between 2010 and 2013 – what about the other years? 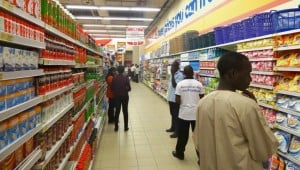 I am an economic historian, so this is what intrigues me the most. Instead of putting together a new series that could show how the economy went from US$1000 per capita to almost US$3000 per capita, we are presented with a new number for 2010.  Where did this doubling of GDP come from? What we are faced with is a problem of having a reasonably accurate picture of the Nigerian economy in 2010, and a reasonably accurate picture of the Nigerian economy in 1990. Right now we do not know how they compare, and how much of the difference in GDP was due to different definitions and data in 1990 compared to 2010.

In comparison, when European economies updated from the 1968 to the 1993 Standards of National Accounts, GDP only increased by 5-10 percent, and the new series was backdated to the 1960s or 1970s. Lack of historical data in the intervening years will make it difficult to recast the series.  If you look at the distribution of the economic sectors between agriculture, industry and services it is striking, just like it was in Ghana, that the rebasing has meant that the economies have moved from being based primarily on agriculture and mineral extraction to predominantly service-based.

On the old series, value added from services was smaller than from agriculture and it was only half of industrial value added. On the new GDP division however, services are bigger than agriculture and industry combined. Industrial value added has even decreased from the old series to the new series, not only in proportional terms but also in absolute terms. This is worrying for a couple of reasons. For most countries (apart from India), the service sector has been a poor engine of growth. Secondly, the quality of numbers on production, value and intermediate consumption on small and medium scale services is very poor.

What about the decisions that were made on the old data before the new data was made available? Yemi Kale answered the question posed by the Nigerian Daily Independent enigmatically:

Q: Does it mean we have been planning with wrong data?

What is new about poverty and inequality in Nigeria?

This is what really matters. It is like a weight watcher being shown a new set of scales. It turns out that the previous measurement was all wrong. Now it has been changed, but in the meantime Nigeria should not compare its own weight with that of its neighbors until we are sure they are using the same scale. As for loosing and gaining – well, we only really have data for the past three years.

But that is all GDP and aggregates. What happened to poverty and inequality? I am having real difficulty squaring the growth with the poverty. The most recent poverty survey, which is based on sampling information on expenditure and consumption, was conducted in 2010.  The National Bureau of Statistics said 60.9% of Nigerians in 2010 were living in “absolute poverty” and that this figure had risen from 54.7% in 2004.  If this number is correct, then income inequality must be increasing much more than we thought. There are worries that the 2004 number was too low (for political reasons), and that therefore the comparison between 2004 and 2010 paints an unrealistic picture. Nevertheless, the absolute poverty number in 2010 is hard to square with the new high output numbers. Other numbers, based on sampling opinions, indicate that Africa and Nigeria are not rising quite as fast as the official numbers would have you think.

The bottom line is that Africa and Nigeria are no longer the bottom billion. There is growth, and while investors, journalists, scholars and others want to know how much and how fast, the short answer is that we do not know. For a long while no one wanted to know, and now we have to be patient. The gaps in information are too large to be filled overnight. GDP in Nigeria doubled on a Sunday afternoon, and that is an accurate diagnosis of our knowledge problem.

Morten Jerven is Associate Professor at the Simon Fraser University, School for International Studies. His book Poor Numbers: How we are misled by African development statistics and what to do about it is published by Cornell University Press. 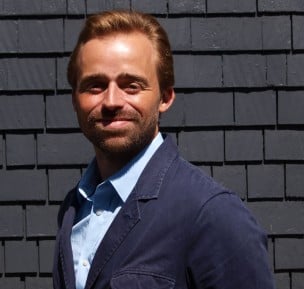