Where does the Democratic Alliance get its facts?

As South Africa gears up to go to the polls, electioneering by political parties is in full swing and Twitter is shaping up as one of many fronts in the battle for hearts, minds and votes.

No party is more social media savvy than the Democratic Alliance (DA), with its leader, Western Cape premier Helen Zille, something of a ninja on Twitter, using the micro-blogging platform to vigorously debate, campaign and argue with critics.

It is not surprising then that the DA has been making good use of its Twitter account and 60,000 followers as an inexpensive campaigning channel. It regularly fires off claims of delivery successes in the Western Cape, the only one of South Africa’s nine provinces that it controls. Unfortunately, few of the claims are presented with any links to supporting evidence.

Africa Check - which is assessing claims by South African political parties in the run-up to the May 7 national elections - asked me to dig a little deeper to verify the accuracy of some of the tweets and assess the evidence the DA had to support them.

Where is the evidence? 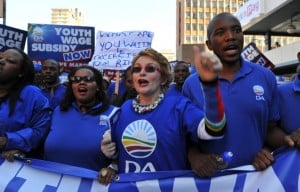 You would expect that a political party using a public platform to promote its successes would ensure that it has the necessary evidence to back up its claims.

I telephoned Zille’s spokesman, Zak Mbhele, on November 25 last year and followed up the call with a detailed email requesting the sources and supporting material for a dozen claims that the party had made on Twitter.

Somewhat naively, it is now clear, I wrote in the email: “It should be [a] simple [task] and not take a lot of time since, I take it, the research was done and the info checked before it was posted on Twitter – and I also take it, the info is readily available in the event of queries like this one.”

The DA’s claims included tweets stating that the Western Cape government created 60,000 “work opportunities” in the second half of 2012/13; that DA municipalities have created 31,000 “job opportunities” in the past year;  that 99.1% of households in the Western Cape have access to piped water; that 93.4% have access to electricity; that 96.9% have access to toilet facilities; that the City of Cape Town - the provincial capital - delivers more to poor residents than any other city in the country; that the gap between haves and have nots is the smallest in Cape Town; and that R11-billion - of the R18-billion spent on service delivery in Cape Town -  was spent on the poor.

Two months after that first phone call I had made no progress, despite firing off several emails to Mbhele who consistently failed to meet his own self-imposed deadlines to provide me with the source material.

In one email, Mbhele tried to explain away the delays.“The reason for the unfortunate delay is that technically it’s not ‘DA information’ that’s been requested … I’ve been trying to source and collate the information from the City of Cape Town and relevant provincial government departments.”  (Both the City of Cape Town and the provincial government departments are run by DA administrations)

In desperation, Mbhele eventually resorted to doing his own retrospective research.

Referring to the tweet claiming that 60,000 “work opportunities” had been created by the Western Cape provincial government in the 2012/2013 financial year, he wrote: “Concerning the job opportunity figures, no one so far can give me anything concrete…My own online search efforts have tracked down EPWP [Extended Public Works Programme] reports for the first half of 2012/13…but not the second half as the tweet speaks to.”

In the 'right ballpark'

Those reports, he said, showed that the figure given in the DA’s tweet was in the “right ballpark”. But whether the exact figure was correct and where it was sourced from, he couldn’t say.

In a bid to address other questions, Mbhele sent me two Statistics South Africa (StatsSA) census documents from 2011,  two Western Cape government quarterly reports, copies of UN-Habitat reports on the state of the world’s cities and a smattering of Internet links that he had discovered in the course of his online research.

But these successes, which the DA touts as its own, do not reflect the already high level of delivery that the DA inherited in these areas when it wrested control of the province from the ANC in 2009.

Take for instance the DA’s claim that 99.1% of households in the province currently have access to piped water. That is true, according to the 2011 census data, if you include piped water inside dwellings, in yards, within 200 metres of dwellings and further than 200 metres from dwellings.

But can the DA solely lay claim to that as a success? And how much has the DA really achieved since it took control of the province?

According to StatsSA’s annual general household surveys, 92.7% of Western Cape households had access to piped water “in a house or yard” in 2006, when the ANC was in power, dropping fractionally to 92.5% in 2012. (This can perhaps be attributed to the growth in the number of households in the province, although the change is statistically insignificant)

It’s a classic example of how cherry picking statistics stripped of context can tell one story, while other reliable data tells an entirely different one.

After a number of email exchanges, Mbhele made a startling admission: “By the time the information gets to being a DA tweet, it’s usually several stages down the pipeline of being passed around and referenced in different meetings and memos. One wouldn’t think so, but it can take time to track some of the info back to its original source."

That someone at the heart of the DA provincial government, with the authority of the premier’s office behind him, was unable to get the source information and original data speaks volumes.

Early in the new year Mbhele sent me another exasperated email. “I'm trying to get in touch with a freelance specialist researcher who is working with the Parliamentary Office that I've been told should hopefully give me exactly what I've been requesting. He's still on break it seems.” Yet again, the information did not materialise.

The most damning admission came when Mbhele candidly admitted: “I must say that this exercise has been very useful on my side in identifying a clear systemic deficiency of information management, especially in the interface between the research and communication arms in the DA Parliamentary Office.

“... I've been trying to navigate a spider web of information flow and recordkeeping where it seems there's been a degree of broken telephone playing out.”

Mbhele promised that he would “be writing to relevant colleagues to get that tightened up”, adding that the party’s inability to back up many of its claims “doesn't put us in good stead for the upcoming election period”.

* On 12 February 2014, following the publication of this article, the DA provided Africa Check with a list of #DAdelivers Tweets and corresponding sources.  We subsequently published two reports fact-checking the DA's claims. One asked if the Democratic Alliance really delivers. The other, if the DA's Western Cape story was a "good story to tell". 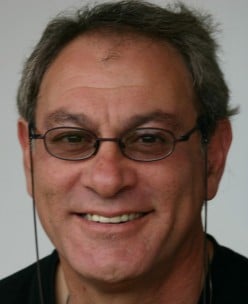