While many people think that Johannesburg is the most dangerous metropolitan city to live in, in South Africa, the reality is quite different. Consider that between April 2011 and March 2012, police recorded more murders in Cape Town than in Johannesburg and Pretoria combined. This means that taking population into account, Cape Town residents are almost twice (1.8 times) more likely to be murdered than Johannesburg residents.

Yet this information is potentially misleading because the likelihood of being a victim of crime depends in large part on race, gender, age, economic profile and whereabouts in a city a person lives. For example, almost two-thirds of the Cape Town murders took place in just ten of the sixty police station precincts in the city, according to an analysis of crime hotspots we carried out at the Institute for Security Studies (ISS).

For years, Mitchells Plain experienced the highest violence and property crime rates in the country. With the recent surge in gang violence, Mitchells Plain and surrounding areas clearly require in-depth multi-disciplinary intervention. The Cape Town residential areas of Nyanga, Khayelitsha, Gugulethu and Harare remain the most murderous in the peninsula, according to an analysis which takes population size into account. These areas have experienced abnormally high murder rates for more than a decade. 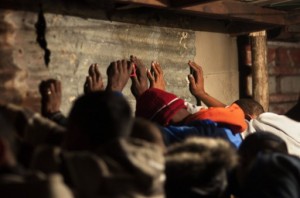 Similarly, countrywide analysis of police precinct statistics suggests that income levels matter. Residents in low-income areas, the analysis shows, are far more likely to be murdered than their middle and high-income counterparts. Half of South Africa’s murders occur in only 13% or 143 out of 1,127 of police precincts.

A vast majority of the average of 43 murders that take place daily do not make the news. They happen in areas where crime and violence are part of the daily despair of residents who already feel marginalised and forgotten by media and politicians. The majority of murders are not premeditated or committed as part of a crime, like a robbery, but occur when an argument leads to physical assault.

Research shows that most victims are killed by acquaintances, friends or family members during disputes overwhelmingly fuelled by alcohol and in some occasions, drug abuse. Victimisation surveys, police docket surveys and mortuary surveillance studies reveal that the most victims of murder in South Africa are young black men. And studies reveal that most murdered women are killed by their intimate partners. And that men are six times more likely to be killed than women.

People tend to focus on our national murder rate which is four and a half times higher than the global average of 6.9 per 100,000 people. Yet, some 13% of police precincts in South Africa have murder rates below this rate. These areas include affluent such as Brooklyn (Pretoria), Garsfontein (Pretoria), Camps Bay, Claremont, Rondebosch (Cape Town), Edenvale and Linden (Gauteng). Meanwhile, residents of suburbs like Sandton, Parkview (Johannesburg), Durban North, Table View and Woodstock (Cape Town) and others have a murder rate of fewer than 10 per 100,000.

Over 10% of our policing precincts - more than 115 stations - have a zero murder rate.  Three in four murders occur in just a quarter of the country’s police station areas.

While murder is often used as the main indicator to support arguments that South Africa is a violent country, it makes up only 2.5% of all violent crime. While there were 15,609 murders last year, a total of 607,877 other violent crimes including attempted murder, rape, robbery and assault were also reported to the police. When violent crime hotspots are analysed, central business districts remain the most high-risk areas in terms of violence in general, and specifically for robberies. The clear front-runner is Johannesburg Central, followed by Durban Central, Pietermaritzburg, Cape Town Central and Pretoria Central. These areas also experience very high property crime rates. 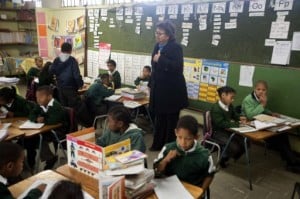 Violence affects all South Africans, and the trauma of violence has lasting physical, emotional and often financial consequences.

Murder rates are driven by poverty, social ills and society’s general inability to deal with daily conflict and stress in a non-violent manner. Murder should therefore be seen as a social problem which cannot be solved by policing alone.

Unfortunately, South Africa does not have a comprehensive strategy that guides government departments, civil society organisations and the public and encourages practical ways to reduce interpersonal violence.  This means that the police are saddled with the problem, an impossible task for one organisation to achieve.

Violence prevention requires long-term interventions. These may not be politically exciting to sell to a crime-weary public but are more likely to yield real results in reducing violence. Interventions which focus on improving parenting skills, reducing the exposure of children to violence and building self-esteem are more likely to interrupt the cycle of violence than anything the police can do.

South Africa has a shortage of over 50,000 social workers yet almost 70,000 additional police officials have been hired over the past ten years. It is about time that the government adjusts its approach to violence so that we don’t waste another ten years pursuing policies that will not reduce violence in our country.

Fortunately, the need for a new approach is recognised in the National Development Plan which urges a re-think on building community safety in the medium to long-term. The implementation of this plan needs to begin in earnest if thousands of lives are be saved and the full potential of all of us living in South Africa is to be realised. 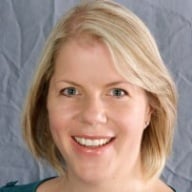