Whose data? Did Pali Lehohla prevent a development researcher presenting his findings at UN conference?

Professor Morten Jerven, the author of a well-reviewed book about African development statistics, had just arrived in London after a lengthy flight from Vancouver and was about to set off to Addis Ababa to attend a UN conference there, when, he says, he received an unwelcome phone call from the organisers.

Officials at the United Nations Economic Commission on Africa (UNECA) called as he about to board the plane and dis-invited him, due to lobbying from South African Statistician General Pali Lehohla, he said. 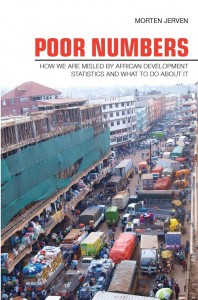 “I was informed on the phone by UNECA that Pali Lehohla issued an ultimatum to UNECA that if they let me speak he would withdraw all South African delegates from the UNECA meetings,” he told African Arguments.

Jerven is author of a book called ‘Poor Numbers: How We Are Misled by African Development Statistics and What to Do about It’. The book takes a long hard look at the way economic development statistics are produced around Africa, and finds problems with many of the numbers so commonly bandied about by development economists and others. You can read this Africa Check review of it here.

“It is unfortunate that some people perceive my book as a criticism of the people working in African statistics, when my intent is to elevate the discussion on how to support African countries in improving their statistical systems,” Jerven said.

Lehohla, who spoke by email to African Arguments, admitted to strongly disagreeing with many of the conclusions in Jerven’s work.

“We agreed to be in Vancouver [at a conference organised by Jerven] to witness the launch of Prof Jerven’s book and critique its content. Subsequent to that we agreed as statisticians that we shall not engage him any further until he can demonstrate that he has done scholarly work on statistical development in Africa,” he said.

Professor Jerven “has not done his research,” Lehohla claimed, adding: “Morten Jerven will highjack the African statistical development programme unless he is stopped in his tracks.”

The head of Statistics SA did not admit to lobbying for the cancellation of Jerven’s talk, referring the question to UNECA officials, saying instead that “African statisticians” had decided to reject Jerven’s work after their trip to Vancouver.

UNECA officials have not to date responded to African Arguments’ questions about the cancellation of Jerven’s speaking role.

Certainly, Dimitri Sanga, a former director of the African Centre for Statistics at the UNECA, has previously criticised Jerven’s work. And the Zambian Statistical Office, whose capacity for statistical collection and analysis was critiqued in ‘Poor Numbers’, has also rejected the findings of an academic it dismisses as “hired gun”.

Others have been more supportive, however. The Institute of Statistics for Cameroun has supported Jerven’s work and his right to present his arguments, and the work has been widely peer-reviewed.

Jerven told African Arguments, the idea “that I had not done my research is nonsense of course…both IMF and AfDB redid my work and found the same patterns.”

“If Pali has questions about my report and its conclusions, I would welcome the opportunity to discuss this further in hopes of strengthening the development community’s understanding of the existing problems and improvement opportunities,” he said. 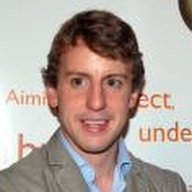