Why Africa Check is expanding to francophone West Africa

The press in Senegal made hay recently with a dispute between statistician Moubarack Lô, the former deputy head of President Macky Sall’s office, and the Ministry of Agriculture and Rural Affairs.

The row was over whether or not Senegal had been judged by the UN Food and Agriculture Organisation (FAO) to have met its key millennium development goals.

With each side putting forceful arguments, both could not be right. But which one was? Where did the facts lie?

Until recently, the question would have remained without an answer. But help is on the horizon to settle the debate and avoid this frustration.

Independent fact-checking – ‘la vérification des faits’ in French – is still a relatively recent journalistic practice in most parts of the world, and almost unknown in francophone West Africa. Perhaps for this reason it is that much more necessary here – as it is needed anywhere.

As former UN Secretary General Kofi Annan said: “For democracies to function properly, for people to make informed decisions about their lives, the claims made in the public domain must be held up to scrutiny and their veracity checked openly and impartially.”

Like our counterparts in South Africa, Nigeria and Kenya, journalists in Senegal and other countries making up the West African region are often overwhelmed with information. And often we don’t have the time to verify even the most important claims we report - on topics ranging from politics to health, elections to Ebola.

Every day, traditional media and social networks are inundated with claims by public figures that are less than accurate. It is this huge field, ignored to date by the African media, that Africa Check is seeking to explore.

We can’t check every single claim made, of course. Like our colleagues at the English-language version of Africa Check, we are concentrating on claims made by the most prominent politicians, public figures and the media about the important topics: the economy, the environment, health, and education.

And, like our colleagues, we too will stick to verifying claims of fact, not political opinions, basing our findings on statistics and evidence, to “séparer la réalité de la fiction’’ – or sort fact from fiction.

So if your French allows, and you are interested in the reality of what is happening in francophone West Africa, do come over to fr.africacheck.org. Venez nombreux. Vous seriez les bienvenus!

Assane Diagne is the editor of Africa Check’s website for francophone West Africa. 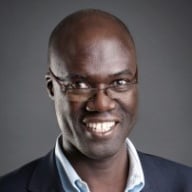