Why sugar does NOT kill more South Africans than HIV/AIDS

Two weeks ago, the Mail & Guardian broke the story of a plan by international pharmaceutical companies to campaign against South Africa's draft intellectual property policy which deals with, among other things, patents on life-saving drugs.

A heated debate has followed. Health Minister, Aaron Motsoaledi, was quoted describing the plan as "genocide" and a conspiracy of "satanic magnitude" .

In his column, Thick End of the Wedge, Peter Bruce, editor of Business Day newspaper, defended the pharmaceutical industry. He wrote: “Motsoaledi calls this ‘genocide', which is so obviously over the top it makes you wonder what else he might overreact to. The fact that the companies involved are based in the US made his genocide accusation seem even more sinister, of course. He can plot against them, but they can’t plot back?”

Further on Bruce stated: “Motsoaledi is already imposing onerous new salt content rules on the food industry, based on (ironically US) research and standards that have long been called into question. And while sugar kills more of his countrymen than HIV/AIDS ever did, he leaves it entirely alone. I wonder what lobby got that right?” (Note: Our emphasis)

Does sugar really kill more South Africans than HIV ever did? No, not even close. Bruce's statement is false. To see why, we need to look at the available research and data on death statistics. 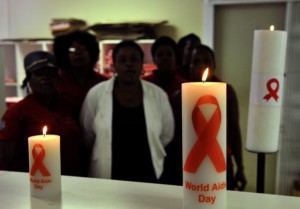 Stats SA publishes reports, with about a three-year backlog, showing recorded deaths. The Medical Research Council (MRC) also does primary research into the burden of disease and publishes key reports on mortality in South Africa.

Another useful source is the AIDS models maintained by the Actuarial Society of South Africa. These use a large collection of data combined with sophisticated mathematics to estimate a wide range of statistics, including number of deaths, number of AIDS deaths and life-expectancy.

The latest Stats SA mortality report gives recorded HIV deaths in 2010 as 18,325. But the actual number of HIV-caused deaths is actually about ten times that. This is because many people with HIV die of opportunistic diseases that take advantage of the body's compromised immune system. With the rise in HIV prevalence in the 1990s, recorded deaths from tuberculosis, pneumonia and influenza (one category in the Stats SA data) and intestinal infectious deaths sky-rocketed.

As the MRC explains, "The HIV deaths ... are much lower than expected, reflecting the tendency not to disclose HIV on the death notifications." Another possible reason for HIV deaths being understated is that people may die of an opportunistic infection, without the doctor who writes the death certificate - and sometimes also the patient - being aware that the patient was HIV-positive. Also see Exposing misclassified HIV/AIDS deaths in South Africa.

MRC researchers have analysed the mortality data closely. For the year 2000, they wrote: “The largest single cause of death is HIV/AIDS accounting for 132,990 (25.5%) deaths. This is at least five times greater than the next largest single cause of death. Ischaemic heart disease and stroke follow with about 6.5% of the deaths and tuberculosis and interpersonal violence are next in the ranking, each accounting for about 5.5% of deaths.”

As a result of the large-scale rollout of antiretroviral treatment, total deaths and especially deaths caused by HIV have begun to decline in recent years. In 1997, there were about 317,000 recorded deaths. This rose to about 613,000 in 2007 and then began declining. In 2010, the latest year for which there is data, there were 544,000 recorded deaths. (See South Africans are living longer)

Annual AIDS deaths estimated by the Actuarial Society's model have varied within a few tens of thousands above and below 200,000 over the last few years.

Nevertheless HIV continues to be the cause of most deaths in the country by a long way. Researchers are working on up-to-date estimates of deaths by disease which are expected to be published in the next few months. 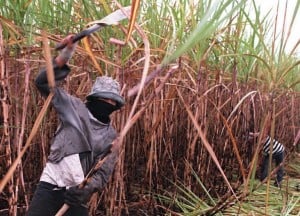 The role that too much sugar in our diets is playing in disease is still poorly understood and vehemently debated by experts.

Although many people believe that excess sugar intake increases the risk of diabetes, scientists are still confirming this. Last year a study by Stanford University researchers found an increase in daily sugar intake equivalent to the amount consumed in one can of soda, was associated with an increase in diabetes prevalence of just over 1%. However this is far from the last word on the subject.

Beverages with added sugar have been linked to increased risk of heart disease but here too the effect on life expectancy is extremely hard to measure. This sensible health advice on sugar, given our current feeble state of knowledge, comes from the American Heart Association: “No data suggest that sugar intake per se is advantageous, and some data suggest it may be detrimental. [Studies] ... indicate that high sugar intake should be avoided.

“Sugar has no nutritional value other than to provide calories. To improve the overall nutrient density of the diet and to help reduce the intake of excess calories, individuals should be sure foods high in added sugar are not displacing foods with essential nutrients or increasing calorie intake.”

It is impossible, with current knowledge, to measure what proportion of deaths in South Africa are related to excess sugar intake. However, we can put an absurdly high upper limit on this. We can count every death attributed to diabetes, stroke, heart disease and hypertension as sugar-related. Undoubtedly this is not the case. But doing so shows how mistaken Bruce's claim is.

The latest year for which the MRC has published a disease breakdown of causes of death is 2000. The MRC will likely update its burden of disease estimates this year. While causes of death have fluctuated since 2000, they generally moved in a direction which would only strengthens this conclusion: adding all these possibly sugar-related ways of dying gives us just under 100,000 deaths, still more than 30 thousand fewer than HIV. And it must be emphasised that this is a massive over-estimate of sugar-related deaths, possibly by as much as an order of magnitude.

Incidentally, there are other diseases for which sugar might have a role in some cases. However, these were not even in the MRC's table of the top 20 causes of death in 2000 so we can ignore them.

Also, counting deaths is not the full story when it comes to measuring burden of disease. We all eventually die of something. But HIV-related deaths usually occur in children and young adults. Deaths from diabetes and cardiovascular diseases usually occur at older ages. On average an HIV death reduces life-expectancy more. The MRC calculates that while HIV caused a quarter of deaths in 2000, it was responsible for 35% of all lost years of life.

Bruce wrote, "We must be careful of letting ministers, even those we admire, get away with whatever they say." Indeed, we must. And the same goes for journalists. It can hardly be disputed that Motsoaledi's response was hyperbolic. But his reference to "genocide" was an expression of opinion as opposed to a statement of fact. Bruce's contention about mortality from sugar was a statement of fact and profoundly mistaken.

Bruce might have made his error by making a naive comparison between the number of diabetes and HIV recorded deaths published by StatS SA. But determining number of actual deaths is considerably more complex. When tackling complex scientific topics, journalists should consider speaking to a reputable expert to reduce the risk of making serious factual errors.

Nathan Geffen is the editor of GroundUp. He was a leading member of the Treatment Action Campaign from 2000 to 2013. 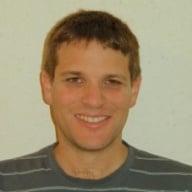