FACTSHEET: Do African countries have to worry about a zika resurgence?

The zika virus is sweeping across South America, but it is an Asian mutation, different from the strains endemic in African countries. Does it mean African populations could be reinfected?

The zika virus, which has been associated with cases of microcephaly in Brazil and nervous system disorders in Micronesia, was originally discovered in Africa in 1947.

“For 60 years, [zika] was seen as a mosquito-spread virus causing mild illness occasionally in African populations across the equatorial belt,” Prof Jimmy Whitworth, with the London School of Hygiene and Tropical Medicine, told Africa Check. (Note: Someone infected with zika may have a fever, rashes, conjunctivitis, muscle and joint pain and headaches, the World Health Organisation explains.)

Since it was neither fatal nor disfiguring, the virus has only recently come into the spotlight, following its association with brain growth disorders in Brazilian babies whose mothers were infected while pregnant. This causal link, however, has not been proven.

‘Virus appears to have changed in past decade’

Between 1952 through to 1981, zika infections were reported in numerous African countries, and then later in parts of Asia. In 2007, outbreaks were reported in Micronesia, and subsequently South America. Last year cases were detected in Cape Verde, the island nation off the coast of West Africa.

Because of its migration around the world, three different strains of the zika virus developed: the African (east and west) and the Asian.

The strain detected in Brazil was the Asian virus. The World Health Organisation (WHO) was unable to tell Africa Check whether Cape Verde’s zika was the Asian strain, but no neurological disorders have so far been reported in foetuses there.

It is unknown how the various zika strains differ, the WHO said. But the virus appears to have changed in the past decade, given the speed at which it has moved to new locations, Whitworth told Africa Check.

He said that its severity could be due to people lacking immunity to it in the new location, changes in the virus that could make it easier for mosquitoes to transmit it, or the possibility of previously missed infections in African countries where zika is not commonly found.

Do Africans in zika areas already have immunity?

African populations in areas where zika is prevalent will probably have some immunity to the virus, especially in countries which have had infections previously, Whitworth said.

“It might be there is enough immune protection [within African populations] to prevent an epidemic occurring in Africa, but we do not know that yet,” he said.

The WHO said that researchers have found some people in Africa who show traces of the antibodies that once fought off the zika virus, but they do not know whether these antibodies would protect them against a reinfection with a different strain of the virus.

A virology expert and fellow of the Academy of Science of Nigeria, Prof Oyewale Tomori, told Africa Check that it was difficult to say whether the Asian zika strain could reinfect African populations.

“Given the numerous other viruses related to zika in Africa -- West Nile, Yellow Fever, Wesselsbron, and others -- the reinfection in Africa may be as mild as previously reported in the 1940s and 1950s,” he said. “Note that zika is not the only virus that was originally isolated in Africa, causing mild infection, and had gone on to cause more severe infection in other parts of the world.”

Tomori was speaking of the West Nile virus and Chikungunya, also transmitted by mosquitoes. In 2012, a West Nile outbreak in the United States claimed 286 lives. A global outbreak of Chikungunya in 2013 resulted in 191 reported deaths.

No cases south of Uganda

Aedes mosquitoes, which are found all over the world, are considered the main carrier of the disease, as are infected people.

In Africa, these mosquitoes are found as far south as South Africa, but no case of locally-acquired zika has been reported in humans south of Uganda, South Africa's National Institute of Communicable Diseases (NICD) said in a communique about the zika virus.

A number of elements have to be present for zika to move south: the virus needs to be introduced into a susceptible mosquito population as well as the human population.

The NICD said that its local “typical African subspecies tends not to bite humans and may well be less susceptible to zika virus when compared to the South American ones”.

While an infected traveller could introduce zika to Southern Africa, the short time that the virus is present in the blood means it is unlikely that the local Aedes mosquitoes will be very successful carriers, as they have a very limited flight range, measured in meters, and tend not to enter buildings, the NICD said.

Because of this zika is not giving him sleepless nights, South Africa’s health minister, Aaron Motsoaledi, reportedly told parliament after a Colombian businessman was diagnosed there with the disease in February.

In the end, prevention is better than cure, the WHO regional director for Africa, Dr Matshidiso Moeti said: “The most effective forms of prevention are reducing mosquito populations by eliminating their potential breeding sites, and using personal protection measures to prevent mosquito bites.”

She called upon African countries to “strengthen mosquito control, surveillance and laboratory detection of zika virus disease and neurological complications, as well as public awareness”.

This sentiment was echoed by Nigeria’s Tomori, who said: “Certainly we should prepare [for a possible new zika outbreak] and this will involve mosquito control, especially Aedes mosquitoes. This may also help with reducing the occurrence of other mosquito-borne diseases.” - 10/03/2016 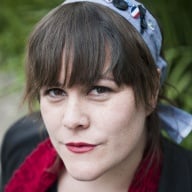