FACTSHEET: Freedom of information in Africa

As Steven Adler of the data and information governance website, InfoGov Community, describes it: “To be ill-informed and speak freely is a form of intellectual slavery.”

FOI is also central to the realisation of a number of other rights. Where FOI is absent in a national legislative framework, citizens cannot effectively access information about basic services, fully participate in the social and economic development of their countries or hold their governments accountable for public spending, which can in turn adversely affect their rights to health, employment and education, and to fight corruption.

Poor access to information disproportionally affects women, children and the poor and marginalised, who are often adversely affected by a lack of vital information with respect to their legal, political and economic rights. It further negatively affects economic growth and development, where inadequate mechanisms for sharing information are often attributed to slow progress.

What is 'freedom of information'? 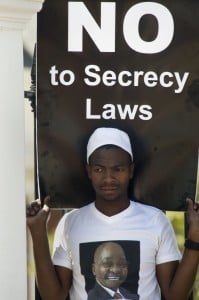 FOI is generally defined as the right to seek, access and receive information from public bodies.

However, laws across Africa differ in their definition of this right. In some states, such as South Africa, the right empowers the public to access information from private bodies that perform a public function or are funded by the public. The inclusion of private bodies within FOI law constitutes a recognition that public functions carried out by private bodies, such as the provision of electricity or water, are connected to the functions of government and are directly paid for by taxpayers.

A number of other countries, including Nigeria, Zimbabwe, Uganda and Ethiopia, do not extend their application of the law to the same extent.


Freedom of information in Africa: on paper


FOI legislation is not new: Sweden and Finland enacted such laws as early as 1766. But the past two decades have seen a surge in the number of countries adopting FOI laws, indicating recognition that transparency is a necessary condition of democracy. Almost half of the world’s countries – 98 at present – have enacted FOI laws that provide their citizens with a legal right to access information.

However, the uptake of this trend has been slower on the African continent. In fact, it is only in the past three years that any substantial increase in legislative reforms have been noted. Prior to 2011, the number of countries with FOI legislation on the continent stood at five, representing just 9% of the continent; this number has increased to 13, representing 24% of all countries in Africa. Currently, South Africa, Angola, Zimbabwe, Uganda, Sierra Leone, Côte D’Ivoire, Nigeria, Niger, Ethiopia, Rwanda, Tunisia, Guinea and Liberia have all adopted FOI laws.

A number of regional developments and successful advocacy campaigns have also encouraged the view that the tide is changing for the continent with respect to FOI. Significant developments include:

On July 21 2011 the United Nations Human Rights Committee adopted General Comment 34 on the International Covenant on Civil and Political Rights, which detailed its interpretation of governments’ obligations to protect freedom of opinion and expression, as guaranteed by Article 19, and reaffirmed access to information as a human right.


Freedom of information in Africa: the reality 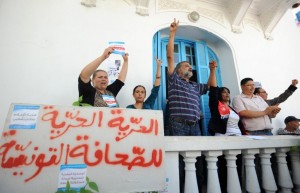 Despite the significant increase in the number of countries recognising the right to access information on the continent, a large portion of African states still seem unable or unwilling to adopt access to information laws.

A number of governments refuse to provide citizens with even the most basic information, seemingly due to a combination of impunity and lack of political will, or a lack of systems enabling the state to promptly provide the requested information.

The annual Media Institute of Southern Africa study on the “Most Open and Secretive Government In Southern Africa” examines transparency of southern African authorities. The most recent report indicated that governments were violating citizens’ rights to access information across the region. In general, government websites did not have the relevant information available; most websites also lacked financial or budgetary information. Responses to written requests were poor, with institutions often not responding at all, or questioning why the applicant sought the information in the first place.

The underlying causes of such violations, according to the study, included either a lack of laws guaranteeing access to information, or a lack of implementation where such laws were in place.

Some countries have drafted FOI bills but have not taken the process any further, despite indicating a clear intention to do so. In Zambia, for example, the government has sat on its FOI bill and not presented the document to parliament despite pre-2011 election promises to do so. In others, FOI laws have yet to be signed into law. In South Sudan, for example, a FOI law was adopted by parliament in July 2013, but is still awaiting the president’s signature.

In some states it is questionable whether there have been any efforts to implement such laws at all. This not only applies to recently adopted laws, but laws that have been in existence for a number of years. Angola, for example, has not yet implemented the FOI law it adopted in 2002.

A September 2013 regional capacity workshop, convened by Reseau des Journalistes Economiques de Guinee with the intention of promoting FOI in Francophone countries in Africa reported: “Despite increased adoption of FOI laws in Africa, effective implementation of such laws remains a challenge in many parts of the continent.”


Other laws contributing to freedom of information 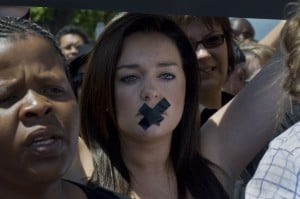 The study found that in countries where no specific FOI right existed – including Senegal, Tanzania, Zambia, Kenya and the Democratic Republic of Congo – sectoral laws often provided an alternative mechanism by which citizens could access information. In the Democratic Republic of Congo, for example, laws such as the mining code had been used to ensure greater access to, and disclosure of information. Mining communities have used the act to seek information on mining revenues and the amounts they are entitled to, as well as how licences are allocated. Other examples of such laws include whistleblower protection, data protection, public procurement, fiscal responsibility and extractive industry transparency initiative acts.

In addition, a number of countries constitutionally protect FOI rights. Zimbabwe was the most recent country to recognise the right in its 2013 constitution. Despite this, however, only a handful of countries have used existing constitutional protections to secure FOI rights.  In Kenya, for example, the Electoral and Boundaries Commission was compelled to release information with respect to disputed election results in 2013, when petitioners sought the information by using their constitutional right to access information. This is probably due to low public awareness of the existence of such laws, in addition to a lack of clarity on the applicability of constitutional protections in the absence of a specific FOI laws.


Why is FOI important?


The absence of FOI legislation can lead to the violation of citizens’ fundamental rights. In the absence of transparency, it is impossible for countries to operate as democracies. In a democracy it is essential that people can access a wide range of information in order to participate in a meaningful way in matters that affect them. It entrenches the principle that public “servants” act on behalf of the public when carrying out their functions and must remain accountable for their actions.

FOI is also essential to combat corruption on the continent. According to FOI organisation Action Namibia, the African Union Commission Department of Political Affairs has stated that “corruption continues to deepen poverty in Africa, and could be a major factor in Africa’s (especially sub-Saharan Africa’s) inability in meeting the Millennium Development Goals (MDGs) by the target year of 2015.”

FOI has a significant impact on how citizens live their daily lives, and contributes significantly to access education, employment and health, as well as access to basic amenities and services, such as water, housing and electricity through ensuring citizens can hold government to account.

The Promotion of Access to Information Act (PAIA) in South Africa, for example, has been used to ensure better service delivery, in turn promoting the socioeconomic rights of citizens. In “How the Right to Information makes a Difference”, a chapter in the 2011 MISA Media in Africa report, the Open Democracy Advice Centre’s Mukelani Dimba points to the example of women living in one of the most impoverished areas of KwaZulu-Natal, Ntambanana. Using PAIA, the women unearthed local council meeting minutes, as well as a budget, which indicated that plans existed to provide water to the community.

Karen Mohan is a  specialist in media law policy and advocacy at the Media Institute of Southern Africa.

ACTION Namibia - The ACTION Namibia coalition was formed in July 2012 when a number of like-minded organisations decided to focus their resources (human and financial) to put Access to Information back on the policy agenda of the Namibian Government as part of its commitment to eradicate corruption.

Africa Freedom of Information Centre - is a pan-African NGO and resource centre that promotes the right of access to information through comparative research, coordinating regional advocacy, facilitating information-sharing and capacity building.

Article19 - is a London-based NGO that monitors, lobbies and litigates on behalf of freedom of expression. It also campaigns for the right to access information held by governments, public authorities and private bodies and companies.

Institute for Public Policy Research - The Institute for Public Policy Research (IPPR) is a not-for-profit organisation with a mission to deliver independent, analytical, critical yet constructive research into social, political and economic issues that affect development in Namibia. The IPPR was established in the belief that free and critical debate informed by quality research promotes development.

Open Democracy Advice Centre - ODAC’s promotes open and transparent democracy; foster a culture of corporate and government accountability; and assist people in South Africa to be able to realize their human rights. - 24/06/2014