FACTSHEET: How many orphans are there in South Africa?

How many orphaned children are there in South Africa? Figures range from 3.4 million to nearly 4 million. The United Nations Children’s Fund (Unicef), for instance, has put the number of orphans in South Africa at between 3.7 million and 4 million.  But some projections have suggested figures as high as 5.2 million.

This factsheet unpacks the numbers.

How are orphans counted? 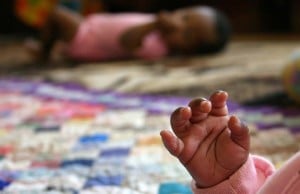 A 2005 file picture of a baby at an orphanage in Hillbrow, Johannesburg. Photo: AFP/Fati Moalusi" />

According to a Unicef spokesman in South Africa, Sudeshan Reddy, orphans include children who don’t know if their parents are still alive.

“… In SA there are a lot of kids who don’t even know who their father is,” said Ria Laubscher, a senior scientist at the country’s Medical Research Council (MRC). “So they will definitely not know whether he is alive [or not]."


How many orphans are there in SA?


According to a study published in August 2014 by Kath Hall and Helen Meintjes from the Children’s Institute, a research and advocacy group based at the University of Cape Town, there are an estimated 3.5 million orphans in South Africa. Most – around 2.13 million – have lost their fathers. Around 611,000 children could be classifed as “maternal orphans” and 812,000 children had lost both parents.

According to Leigh Johnson, an actuary and epidemiologist at University of Cape Town’s Centre for Actuarial Research, the high number of paternal orphans is because men have a much higher mortality rates than women.  “Also fathers tend to be older than mothers, and since mortality rates are higher at older ages than at younger ages.” 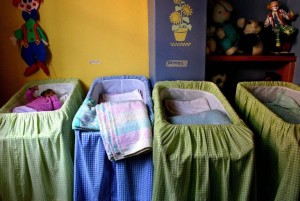 A baby being cared for at an orphanage in Hillbrow, Johannesburg, in September 2005. Photo: AFP/Fati Moalusi" />

A news story from 2012, quoting a researcher at the South African Institute for Race Relations, Lerato Moloi reported the number of orphans will increase to 5.5 million by 2015.

“The Actuarial Society of SA estimates that by 2015, there will be more than 5.5 million orphans,” Moloi was quoted as saying.

But according to Johnson, a member of the Actuarial Society, the estimate is old and outdated. The society last published estimates on paternal, maternal and double orphans in 2003, he said.

“I would very strongly discourage journalists and researchers at the SAIRR from citing projections from old reports, as these projections were prepared at a time when there was a lot of uncertainty about the future rollout of antiretroviral treatment.

“The actual rollout of ART has been much more extensive than we originally anticipated and the drugs have also been much more effective than expected, so the earlier projections have definitely overstated trends in AIDS mortality and levels of orphanhood,” he said.

Of the 3.5 million estimated orphans in South Africa in 2014, 812,000 have lost both parents. Around 2.13 million have lost fathers while 611,000 have lost mothers. It is important to make clear distinctions when reporting on these figures.