FACTSHEET: The leading causes of death in Africa in 2019

The latest data from the World Health Organization is likely to be the last major update not to feature Covid-19 statistics.

The World Health Organization (WHO) has updated its global death estimates. Data is available for 183 countries for the years 2000, 2010, 2015 and 2019. It is categorised according to region, age, sex and cause of death.

The 10th outbreak of the Ebola virus in the Democratic Republic of the Congo made international headlines in 2019. The WHO declared it a “public health emergency of international concern” in July of that year.

This dataset is likely to be the last major update not to feature Covid-19 statistics. SARS‑CoV‑2, the virus that causes Covid-19, was formally identified in early 2020.

This factsheet is intended to aid accurate reporting and discussion on the leading causes of death in Africa.

The United Nations estimated the continent’s 2019 population at close to 1.31 billion. That same year, some 7.8 million deaths were registered in the WHO’s Africa region. The region includes 47 of the continent’s 55 countries.

The WHO’s estimates are based on the latest available country information on deaths by place, time and cause. This is collected from death registration systems. The underlying causes of death are captured by the national authority.

In countries where this information isn’t available the WHO relies on data collection and modelling based on work of their own and a network of partner organisations.

Group 1 conditions are those that can be spread between people. These deaths are, in other words, because of communicable disease.

This category accounted for 4.1 million deaths (52.9%) in 2019. This was a decrease from 4.4 million deaths in 2015 (56.3%). Leading causes of death in this category included lower respiratory tract infections, diarrhoeal diseases, HIV/Aids, malaria and tuberculosis.

The leading causes of death in this category include ischaemic heart disease, stroke and cirrhosis of the liver.

These infections affect people’s airways and lungs. They can be caused by different things, such as viruses and bacteria and occasionally fungi or parasites. The most common illnesses are bronchitis and pneumonia.

Diarrhoea is defined as the passage of three or more loose or liquid stools a day, or more than is considered normal for the person. It is often a symptom of infection by a virus, bacterium or parasite.

According to the US Centers for Disease Control and Prevention, 88% of the global deaths in this category are due to unsafe water, poor sanitation and insufficient hygiene. It is the second-leading cause of death of children younger than five worldwide.

Death is caused by dehydration, poor absorption of nutrients or infectious complications, such as damage to the intestinal wall. Malnutrition increases the chance of death.

The human immunodeficiency virus (HIV) targets the immune system. As it multiplies in the body, it reduces people’s ability to fight infections and cancers.

The most severe phase of the disease is known as Aids, or acquired immunodeficiency syndrome. Aids can take between two and 15 years to develop, depending on factors unique to the person infected. Antiretroviral drugs suppress the replication of the virus in the body and help the immune system recover.

The number of deaths in Africa due to HIV has decreased significantly over the last 20 years. In 2000 there were over a million deaths in Africa. The latest WHO estimates put the figure at 434,543 in 2019. This is due to better diagnosis and treatment and more information available on the condition.

The WHO previously separated malaria from the broad category of “parasites and vector-borne diseases”. It is a diverse category, not limited to one organ, symptom, cause or route of transmission. However, the health agency now includes malaria in the group.

The second leading cause of death in this category was rabies, which accounted for 19,169 deaths. The viral illness that can be prevented with a vaccine. It is commonly transmitted through bites from an infected animal. It is almost always fatal, if not treated quickly.

Ischaemic heart disease is a narrowing of the arteries of the heart due to a buildup of plaques. Plaques are composed of fat, cholesterol, calcium and other substances found in the blood.

Less oxygen is able to reach the parts of the heart beyond the obstruction. Death occurs when an artery suddenly becomes fully blocked, severely damaging the heart. This is commonly known as a heart attack.

Petrie Jansen van Vuuren is a medical doctor based in Gauteng province, South Africa with a postgraduate background in human physiology research at the University of Pretoria. 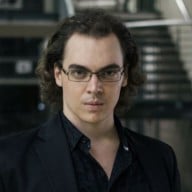 No, disease outbreaks – including coronavirus – not caused by 3G, 4G or 5G

FACTSHEET: Coronavirus and the Covid-19 outbreak

What are the symptoms of Covid-19, the disease caused by the new coronavirus? How can I protect myself and others? Why is social distancing ...