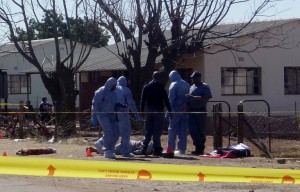 The most notable aspect of the crime statistics for 2012/13 is that the violent crimes that cause the most fear and trauma amongst the public have increased. For the first time in six years there is an increase in both the number and rate of murders and attempted murders. Murder is an important indicator both because it is the most accurate of all crime categories and because it is internationally seen to be an indicator of a country's stability.

There was also a small increase in the number of sexual offences recorded by the police.

The facts about the increases in interpersonal violence are as follows: 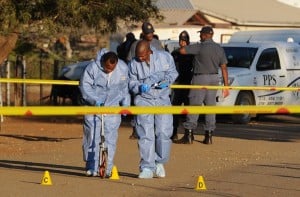 The crimes above are not easy to reduce through policing alone.  This is because most (around 60% to 70%) of murders, attempted murders and rapes, occur between people who know each other and occur as a result of a mix of particular social and economic factors. These crimes are often referred to by the police as ‘inter-personal’ violent crimes.  Only between 15% and 20% of murders and attempted murders are the result of aggravated robbery while inter-group conflicts and vigilantism make up the rest.

There has also been an increase in robberies in 2012/13, which is a crime that the police can directly reduce through employing effective strategies. Robberies pose a particular concern as they occur when armed perpetrators directly threaten or use violence against their victims in order to steal their belongings. This can result in severe trauma, injury or sometimes death to the victim.  The total number of aggravated robberies reported to the police increased from 101 203 cases to 105 888 cases (an increase of 4 685 cases) or 4.6%.  The aggravated robbery rate increased by 196.2 per 100 000 people  to 202.6 per 100 000 people of which represents an increase of 3.2%.

Total aggravated robbery includes a number of sub-categories, most of which increased in the 2012/13 financial year: 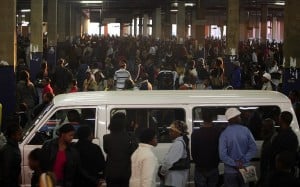 Street-robbery primarily affects poorer people and typically occurs as they travel to and from work, school, shopping or while visiting people. This crime most often happens in quiet streets or overgrown areas as people make their way to or from taxi ranks or bus and train stations.Street robbery decreased at an average rate of 7,2% per annum between 2004/05 and 2008/09. An even larger annual average decrease of 10,4% was recorded in 2009/10 and 2010/11. This changed in 2011/12 when street robbery only decreased by a marginal 2%.

In the years when street robbery was decreasing, the crimes known as the ‘TRIO robberies’ (carjacking, house robbery and business robbery) increased substantially. Between 2004/05 and 2008/09 business robbery had increased by 319%, house robbery by 96% and hijacking by 20%. These crimes drive fear and insecurity as they affect victims in their homes, vehicles and places of work.

SAPS management have explained that improved visible policing reduced street robberies.  The increased visibility was the result of the approximately 10 000 additional police officers that were hired each year on average between 2002/03 and 2009/10. However, the police believe that this had the negative effect of pushing robbers to targeting houses, businesses and vehicles instead. Yet when the police worked hard to improve security in the run-up to the FIFA World Cup, TRIO crimes stabilised. In 2009/10 there was a marginal decrease of 1,5%, for the first time in five years. During the 2010, these crimes  decreased by a very significant 11,8%. But in 2011/12 the decrease in TRIO robberies the decrease was much smaller (1,3%) which suggested that the police were starting to struggle in containing these crimes. 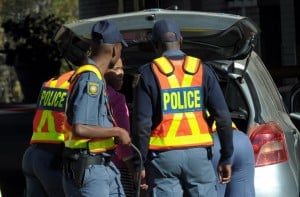 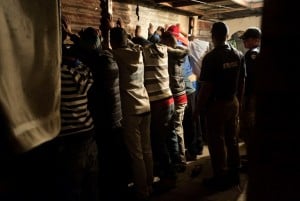 Crime intelligence is vital for the police to effectively reduce most of the robberies and burglaries. These crimes are typically caused by repeat offenders who use networks to sell their stolen goods.  Using various intelligence techniques, the police should be able to identify the networks and individuals involved in these types of crimes and target them for criminal investigation. Solid detective work can then ensure that sufficient evidence is obtained to successfully prosecute those involved.  Removing these individuals from society decreases the risks to others and ultimately reduces these types of crime. The SAPS have both the resources, technology  and experienced officials to achieve such successes. However, the key challenge facing the SAPS during this time was political interference in its leadership at the highest levels of the organisation.

During 2011 there was massive upheaval in the SAPS Crime Intelligence Division as its Head Lt-General Richard Mdluli was investigated for various serious crimes including murder and corruption and faced internal disciplinary hearings and criminal charges. Political interference resulted in the investigations being halted and the charges withdrawn. The morale of this division plummeted as many police officials lost trust and respect in police leadership. Mdluli publicly accused other senior officials of conspiring against him.

Although a task team appointed by the minister of police found no evidence of such a conspiracy, still no action was taken against Mdluli for his unfounded allegations. This resulted in further mistrust amongst the generals and there was a leadership crises in the SAPS. This is one of the contributing factors to the deterioration in the performance of the SAPS against armed and organised criminals who commit many of the crimes that have now started to increase. 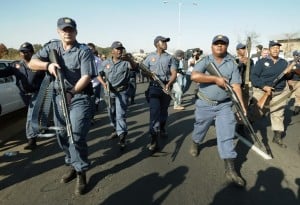 This year there has been a reduction in some types of inter-personal violent crime, particularly assault. Assault includes cases opened as a result of domestic violence or physical alterations between people. Since most of these kinds of crimes are not reported and therefore are not recorded by the police, the reduction does not necessarily mean that there are fewer assaults taking place. It may be that fewer people are reporting such incidents to the police as they don’t believe that the police will be able to do much about it.  It is a clear anomaly in the recent statistics that murder and attempted murder have both increased while the two main categories of assault have decreased.  This is unusual as most murders tend to start off as an assault and therefore there is a correlation between murders and assaults.

There were decreases with regards to various robbery categories. These include the category of common robbery where the victim is not usually threatened with a weapon and  three of the sub-categories of aggravated robbery. 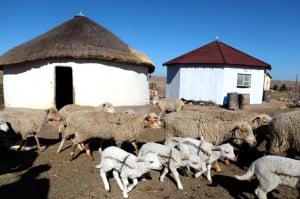 A herd of sheep passes houses on June 14, 2013 in Qunu, a village outside the town of Mthatha in the Eastern Cape. Photo: AFP/ Jennifer Bruce

The theft of motor vehicles and motorcycles decreased by 2,5% during 2012/2013. This is by far the smallest decrease recorded since 2006/07 (the year of the security guard strike). In the three years before 2012/13 an average annual decrease of 9,2% was recorded. Like carjacking and truck hijacking, organised crime syndicates are responsible for most motor vehicle theft.

Stock theft has decreased this year by 3,4%. This could be because of the implementation of the Rural Safety Strategy. Since last year there was a small increase of 1,4% in stock theft. While this crime has only averaged around 30 000 cases per annum over the past five years, its impact on food security is significant. For traditional small farmers, especially those with cattle and goats, stock theft can cause serious tensions and even manifest in vigilantism and violent conflict which in turn results in murders, attempted murders and arson.

Explaining crime in the past year 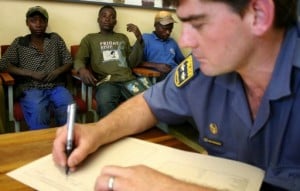 The crime statistics presented for the 2012/13 financial year (1 April 2012 to 31 March 2013) reveals that South Africa experienced one of its worst years in a number of years from a crime reduction point of view.  This is because for the past eight years between 2002 and 2011 there have been notable decreases in most crime categories. Some of the largest decreases were recorded in 2009/10 when the football Confederation Cup year was held and in 2010/11 when South Africa hosted the FIFA World Cup. However, since 2011/12 it was already apparent that the decreases previously recorded in several types of violent crime had slowed substantially while other violent crime categories (such as business and house robberies) had stabilised at relatively high levels.

The government has used crime statistics as a measure of police performance. This means that if crime goes up the police are criticised and if they go down the police are praised. But since there are a large number of crimes that the police cannot be expected to prevent, this approach means that we tend to look for solutions in the wrong places. For most types of crimes the police, courts and prisons only step in once the crime has been committed. At that stage it is very important for the criminal justice system to work effectively and efficiently. But we need to look elsewhere if we want to reduce much of the inter-personal violence in our society in the long term.

Most murders, assaults and rapes take place between people who know each other and live in the same neighbourhood. This kind of violence takes place for a number of reasons including because we accept violence as a normal and reasonable way to solve problems, at home, at school and in neighbourhoods. Poor self-esteem and unequal gender-relations make it worse. These kinds of crime are rarely premeditated and are often exacerbated by alcohol and other substance abuse. In such cases the best the police can do is to react swiftly and professionally. The most effective ways of preventing such violence typically do not involve the police, but do require long-term and the detrimental effect of apartheid social engineering on families, schools and neighbourhoods remains stubbornly persistent. It is clear that we need to do more, particularly in communities most affected by interpersonal violence to reduce the risk factors for violence, by supporting parents; offering counselling to those affected by violence; ensuring that basic services are delivered and that violence is not accepted as normal.

Good policing can have a positive effect on some kinds of crime such as organised crime and robbery. This requires the collection and effective use of crime intelligence, strategically targeted patrols, roadblocks, and visible policing along with dedicated investigations to bring perpetrators to court. These are some of the crimes that could be reduce by good policing practices:

Crimes detected as a result of police action 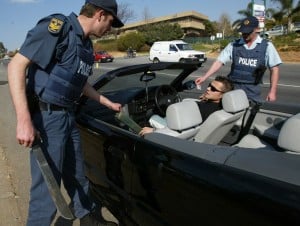 South African police mans a road-block and check ID's about 3km from Sandton center in Johannesburg."

Crimes such as the illegal possession of firearms and ammunition, drug-related crime and driving under the influence of alcohol or drugs are detected during police action such as roadblocks and search and seizure operations. This means that these crimes will increase if there is an increase in police activity.

In 2012/2013 the figures for both the illegal possession of firearms and driving under the influence remained stable. With regard to firearms related offences, the annual case load has remained at 14 450 per year for the past five years since 2008/2009.

Driving under the influence of alcohol showed by far the smallest increase during 2012/2013 compared to any other 12-month period over the past decade.

Drug related crime on the other hand increased by a substantial 13,5%. It was the single largest annual increase in the past decade. This indicates concerted police action against drug crimes. However, it is not an indication of the amount of drugs being used or sold. If the police are having a positive impact in removing drugs then the best indicator is that the street price should increase because demand will start to outstrip supply.

This fact sheet was prepared by the Institute for Security Studies for Africa Check. For more information including detailed crime maps for all policing precincts in South Africa please visit the Crime and Justice Information and Analysis Hub. 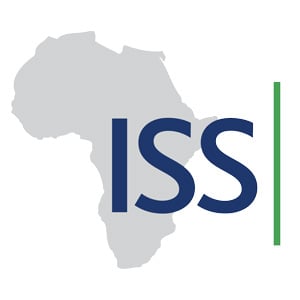