This factsheet summarises the statistics in these ways:

Given that populations generally grow, the crime rate provides a more fair comparison between years. (For example, most murders were reported in the Gauteng province in 2016/17, but more people per 100,000 in the Eastern Cape were murdered during that period.)

Here are statistics for the main crimes of public interest. 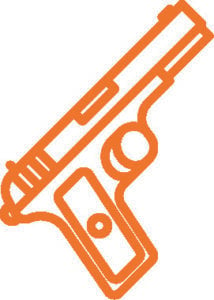 Murder is considered to be the most reliable crime statistic, because most murders can be independently verified, Gareth Newham from the Institute for Security Studies explains.

In South African law, murder is defined as the unlawful and intentional killing of another person.

Murders on farms and smallholdings


There is no crime category called “farm murders” or “farm attacks” in South Africa. Rather, the police keep track of crimes which meet a definition included in the 2011 Rural Safety Strategy.

An attack or murder should be recorded if the victim is a person living, working on or visiting a farm or smallholding “aimed at disrupting the legal farming activities as a commercial concern”, major-general Norman Sekhukhune, head of police crime research and statistics, explained to parliament. The crimes of murder, rape, robbery or the intention to inflict bodily harm are included. However, crimes resulting from domestic violence, liquor abuse or common social interaction are excluded.

Sekhukhune added that the police reconciled these statistics with those kept by other stakeholders, such as agricultural unions.

In 2017/18, the police recorded 62 murders during 58 attacks. Of those murdered, 52 were the owners or occupiers of the farm/smallholding, 9 were farm workers and one was a farm manager. Forty-two murders took place on farms, 15 on smallholdings and one at a cattle post.

The majority of the murder victims (46) were white.

READ: Statistics on farm attacks and murders in South Africa

Murders of women and children 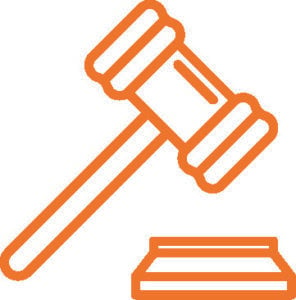 But “rape statistics recorded by the police cannot be taken as an accurate measure of either the extent or trend of this crime”, the Institute for Security Studies warns.

Also, the number of rapes committed each year cannot be estimated because there is no underreporting rate for South Africa that is recent or representative. 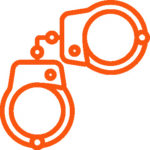 Common assault is the “unlawful and intentional direct and indirect application of force to the body of another person” or the “threat of application of immediate personal violence to another”.


The police recorded 167,352 assaults with the intent to inflict grievous bodily harm in 2017/18. This means, on average, 458 such assaults were recorded every day.

On average, 139 common robberies were recorded each day.


Robbery with aggravating circumstances occurs when a person uses a gun or weapon to commit a robbery.

On average, 379 robberies with aggravating circumstances were recorded each day.


House robberies occur when people are confronted in their homes and are victims of theft.

On average, 61 households were robbed each day.

South Africa’s 2017/18 victims of crime survey revealed that only 59% of victims reported the crime to the police. 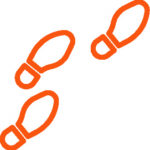 It was reported as the most feared crime in South Africa in the 2017/18 victims of crime survey.

South Africa’s 2017/18 victims of crime survey revealed that 52.8% of households did not report the crime because they thought the police couldn't do anything about it.

Theft of cars or motorcycles


In the last three reporting years, South Africa’s has seen a consecutive increase in this crime category, Sekhukhune told parliament.

The most heists occurred on Mondays (76) followed by Saturdays (49).