What is human trafficking?

The United Nations (UN) Protocol to Prevent, Suppress and Punish Trafficking in Persons, Especially Women and Children (UN General Assembly Resolution 55/25) defines human trafficking or trafficking in persons as “the recruitment, transportation, transfer, harbouring or receipt of persons, by means of the threat or use of force or other forms of coercion, of abduction, of fraud, of deception, of the abuse of power or of a position of vulnerability or of the giving or receiving of payments or benefits to achieve the consent of a person having control over another person, for the purpose of exploitation.”

Human trafficking usually relates to the movement of people, against their will, for purposes of exploitation that is often of a sexual nature, but does not have to be.


How is human trafficking defined in South Africa?


The country’s legal position on human trafficking is set out in the Prevention and Combating of Trafficking in Persons Act 2013. Though the Act was signed into law in July 2013, it is not yet operational, as supporting regulations have yet to be passed.

The Act employs a wider definition of trafficking than that of the UN. According to the Act, a person is guilty of trafficking if he or she delivers, recruits, transports, transfers, harbours, sells, exchanges, leases or receives another person within or across the borders of the Republic for the purposes of exploitation. This may be done through:

These actions may be aimed at the trafficked person him- or herself, an immediate family member or any other person in a close relationship to the victim.

The Act further stipulates that a person is guilty of human trafficking if he or she adopts a child or enters into a forced marriage with another person for the purpose of exploiting that child or other person “in any form or manner”.


How prevalent is human trafficking in South Africa?

At present there is no systematic research available that provides comprehensive insight into the prevalence or patterns of trafficking into or out of South Africa or the Southern African region.

The most methodologically sound research, Chandre Gould and Nicole Fick's 2008 “Selling sex in Cape Town” study, focused specifically on sex trafficking in the city. The study found only eight possible cases of trafficking for sexual exploitation in Cape Town, in contrast to prior claims that trafficking was a major problem there.

The Human Sciences Research Council (HSRC) consequently conducted research into human trafficking, but made no attempt to quantify the extent of the phenomenon, except to note that the International Organization for Migration (IOM) had found eight cases of trafficking from South Africa between 2004 and 2008. The HSRC report has been criticised for methodological problems and assumptions, as well as being based on little original research.

Other forms of exploitation that are often regarded as trafficking, such as forced labour, bonded labour, debt bondage, child soldiers and involuntary domestic servitude, have not received much research or media interest in South Africa.


As part of the publicity around the 2010 Soccer World Cup, many organisations claimed that trafficking was a particularly pressing problem in South Africa or that it would be greatly increased ahead of or during the event. For instance, Nozizwe Madlala-Routledge, head of the Coalition against Trafficking in women, claimed in an open letter to President Jacob Zuma that “large sporting events are known to increase levels of sex trafficking. From research conducted with our partners, we believe this World Cup will be no different … South Africa is a prime destination for trafficking.”

However, as noted above, there is no evidence to support claims that trafficking has been a significant problem in Southern Africa. Furthermore, there is no evidence to support the expectation that large sporting events, such as the Soccer World Cup, increase the prevalence of human trafficking. The claim that trafficking is linked to large-scale sporting events is based on the belief that events that attract large numbers of tourists increase the demand for paid sex. This supposedly increased demand is then assumed to be filled through women (and children) trafficked for sex. Indeed, many rumours about trafficking surges circulated before international sporting events were shown to be baseless.


Myths and facts about trafficking, sex work and sports mega-events


Risks of an undue emphasis on trafficking


Considering the limited evidence of human trafficking in South Africa, the attention the issue receives in policy prioritisation and media reporting appears disproportionate. This diverts attention and resources from other issues and creates several blind spots:

Other human rights abuses, which are well documented and prevalent in South and Southern Africa, receive less attention and resources by welfare and advocacy organisations, the media and government. Such abuses include rape and other forms of gender-based violence, and various forms of violence perpetrated by human smugglers and gangs upon undocumented migrants crossing South Africa’s borders.

Attention is diverted from less sensational aspects of labour exploitation, such as the exploitation of undocumented migrants and vulnerable workers in largely unregulated or unmonitored sectors such as domestic work, farm labour and forms of casual construction work.

Other areas of policy and law that affect more substantial numbers of people remain poorly addressed, if at all, despite many years of debate. Such policy areas include the issues of cross-border migration and sex work.


What is the difference between sex work and trafficking? 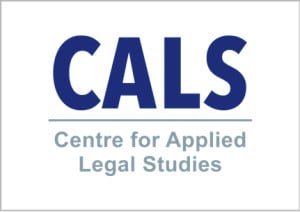 Sex work refers to the practice of engaging in sexual activities for reward. It involves the exchange of labour for an agreed-upon amount of money, goods or services. Trafficking, on the other hand, refers to the movement of people, against their will, for purposes of exploitation that may include sexual exploitation. The difference between sex work and trafficking for the purpose of sexual exploitation is that sex work reflects an individual’s decision to engage in a sexual transaction, while exploitation through trafficking occurs against the will of the victim. Difficult circumstances may affect an individual’s choice to take on sex work, and in some cases sex work may be deemed a difficult but necessary means to make a living. Nevertheless, sex work reflects a conscious choice by the individual. In the case of trafficking, a third party effectively forces a man, woman or child into exploitative circumstances.


Despite several media reports to the contrary, foreign migrant sex workers are not necessarily victims of trafficking. Many women, men and children independently leave their country of origin to migrate temporarily or permanently – to another country; on arrival, they may have limited opportunities to generate an income and turn to sex work.

Research in Southern Africa has established that a number of migrant women choose to take on sex work as a practical solution to periods of intense economic strain. Although some may make this choice reluctantly, they are not victims of trafficking. Therefore, they should not be treated as victims to be “rescued” and returned to their countries of origin. The idea that migrant sex workers need to be “rescued” and “rehabilitated” is harmful, as it overlooks the agency and rights of those who engage in sex work.


It can be complicated and expensive for migrants to enter South Africa legally. This leads to undocumented migration across South Africa’s borders. Migrants clandestinely entering South Africa are at risk of rape or sexual assault by criminal gangs and smugglers operating in border areas. Because illegal immigration is an offence, clandestine border crossers are less likely to report the crimes against them or seek appropriate assistance.

Lack of documentation also exposes migrants to a greater risk of labour exploitation in South Africa, because employers know that undocumented employees are unlikely to report abuses.

Establishing a broad range of simple, inexpensive and well-publicised legal channels for immigration into South Africa would narrow the opportunities for traffickers to mislead potential migrants and profit from exploitation, and would encourage migrants to use formal immigration channels where their rights and safety would be better protected.


Sex work is currently a criminal offence in South Africa. As a result, authorities are feared and distrusted by sex workers. If sex work were decriminalised through appropriate amendments to the law, the sex industry would become more open to regulation and the role of the police could change from persecutor to protector of sex workers.

In addition to broader arguments for the decriminalisation of sex work (such as the positive impact on public health through improved sex worker access to healthcare services and HIV prevention), decriminalisation would mean sex workers could assist police in identifying people who have been trafficked or otherwise forced into sex work against their will. Facilitating a cooperative relationship between sex workers and authorities, such as the police and social services, could therefore assist in detecting the perpetrators and victims of trafficking.

This factsheet was prepared by the African Centre for Migration and Society, the Institute for Security Studies and the Centre for Applied Legal Studies in conjunction with Africa Check (28/2/14).

The need for evidence to assess concerns about human trafficking during the 2010 World Cup by Chandre Gould  and Marlise Richter.

Trafficking? Exploring the relevance of the notion of human trafficking to describe the lived experience of sex workers in Cape Town, South Africa. By Chandre Gould.

Human trafficking and migration by Marlise Richter and Tamlyn Monson.

Are 30,000 children really trafficked in South Africa every year? By Kate Wilkinson and Sintha Chiumia.