FACTSHEET: What is genocide?

On 6 April 1994, a plane carrying Rwandan and Burundian presidents Juvenal Habyarimana and Cyprien Ntaryamira was shot down near Kigali airport in Rwanda. Within 24 hours, massacres began in the small central African state. In just 100 days, at least 800,000 people - most of them ethnic Tutsis - were killed in an orchestrated campaign of mass slaughter.

Twenty years on, similar scenes are playing out in the Central African Republic (CAR), where largely Christian “anti-Balaka” militias are targeting the country’s minority Muslim population. Since a coup in March last year, tens of thousand have been killed and 650,000 people have been internally displaced. Muslims have fled the capital, Bangui. Today around 900 remain from an original population of between 130,000 and 145,000.

Once again there are warnings of genocide. This fact-sheet looks at what is meant by the term “genocide” and how, if at all, it can be prevented. 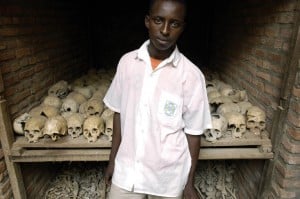 Polish lawyer Raphael Lemkin coined the term “genocide” from the Greek genos – meaning race or tribe – and the Latin cide – or killing – in 1944 to give a name to the crime that had been perpetrated against Europe’s Jews by the Nazis. Four years later, the United Nations General Assembly passed resolution 260 A (III), also know as the Convention on the Prevention and Punishment of the Crime of Genocide or the “Genocide Convention”.

The convention defines genocide as any act “committed with intent to destroy, in whole or in part, a national, ethnical, racial or religious group”. In addition to killing members of the group, such acts include visiting serious physical or mental harm on group members, or “deliberately inflicting on the group conditions of life calculated to bring about its physical destruction in whole or in part”. Deliberately preventing births within the target group, or transferring children out of the target group also constitute acts of genocide.

Signatories to the Genocide Convention commit to preventing and punishing such crimes.

In 2006, United Nations Security Council Resolution 1674 formalised this commitment by reaffirming the principle of the “responsibility to protect”, which the United Nations General Assembly adopted at the 2005 World Summit. The principle places the burden on states to protect their citizens from genocide, war crimes, ethnic cleansing and crimes against humanity. Importantly, it also places a moral obligation on the international community to act – through peaceful means or, if necessary, through a Security Council-authorised “Chapter VII” armed intervention – where states are unwilling or unable to do so.

United Nations Security Council Resolution 1820 of 2008 further recognises that rape and sexual violence may “constitute war crimes, crimes against humanity or a constitutive act with respect to genocide”. 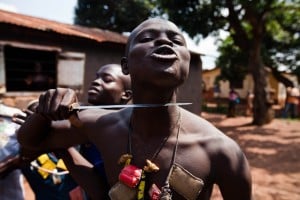 Genocide requires an intentional attempt to destroy a national, ethnical, racial or religious group. Ethnic cleansing, as defined by a 1993 report by a UN Commission of Experts to the Security Council, involves attempts to establish a ethnically homogeneous territory by removing an ethnic or religious group from that particular area through force or intimidation.

The clinical, bureaucratic term, “ethno-religious cleansing”, has been invented to describe the killings and displacement of people in the Central African Republic. As with Rwanda twenty years ago, governments and experts are arguing over whether the killings constitute genocide.

Genocide in the 20th century 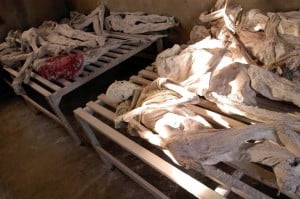 There is general agreement around three genocides of the 20th century: the 1915 genocide of Armenians by the Turks, which resulted in roughly 1 million deaths; the holocaust, in which about 6 million European Jews perished; and the Rwandan genocide of 1994.

However, disagreement about what counts as genocide has led to differing classifications of cases.

Some argue that the legal definition of genocide is too narrow, in that it limits acts of genocide to “racial, ethnical, national and religious” groups. This excludes the targeted destruction of political or social groups that have accounted for more deaths in the 20th century than genocide as it is narrowly construed. Including such groups in a definition of genocide, as sociologist Helen Fein does, expands the list of 20th century cases to include, among others, Pol Pot’s extermination of citizens of Cambodia in the 1970s (about 1.7 million deaths) and Soviet genocide of Ukrainians in the 1930s (about 3.1 million deaths).

Furthermore, the legal definition’s requirement of intent to destroy a group “in whole or in part” has raised questions about measurement and how many deaths must be counted for the label genocide to apply. According to an International Criminal Tribunal for the former Yugoslavia, there is no numerical limit to the number of people killed for an act to count as genocide; rather the number of people killed relative to the size of the broader target group and the importance of those killed to the survival of the group need to be taken into account. 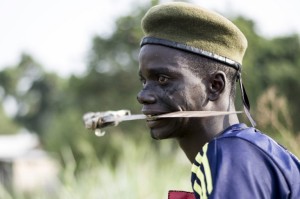 The restrictive legal definition of genocide raises further problems, which can affect the prevention and punishment of acts of genocide. As a BBC analysis of genocide notes, “UN member states are hesitant to single out other members or intervene, as was the case in Rwanda.”

Further, states are often hesitant to make an express call of genocide, because doing so requires them to act according to the Genocide Convention, a report in the Christian Science Monitor notes. However, “if you wait until there is a legal certainty to prove genocide, you have waited too long,” Diane Orentlicher, a law professor at American University in Washington, says.

This means international commitment to genocide is more successful in punishing crimes after the fact than preventing them in the first place. In addition to national legal mechanisms to prosecute crimes of genocide, the International Criminal Court was set up in 2002 to prosecute individuals for genocide, war crimes and crimes against humanity. Ad hoc tribunals – such as the International Criminal Tribunals for Rwanda and the former Yugoslavia – have also shown some success in holding perpetrators to account.

However, proving genocide remains difficult. Without explicit statements of incitement to genocide, for example, it is difficult to prove intent, making the crime difficult to prosecute. It was only in 1998 that the first conviction for genocide was handed down by an international court: Rwandan Jean-Paul Akayesu was found guilty by the Rwanda tribunal.