On 14 December 2021, Ugandan police dispersed opposition supporters during by-election campaigns for the Kayunga district local council chairperson seat. Harriet Nakwedde, the opposition National Unity Platform (NUP) candidate, was caught in the melee. Her hand and the left side of her face were injured.

The next day, two photos appeared on Facebook and Twitter with the claim that the bandages on Nakwedde’s face had moved from left to right – evidence that her injuries were a sham.

“Kayunga LCV NUP candidate discharged from hospital. The plaster has now switched from left to right. It is what it is …” one caption reads. LCV stands for local council V.

But do the photos really show that Nakwedde’s bandages swapped sides? We checked. 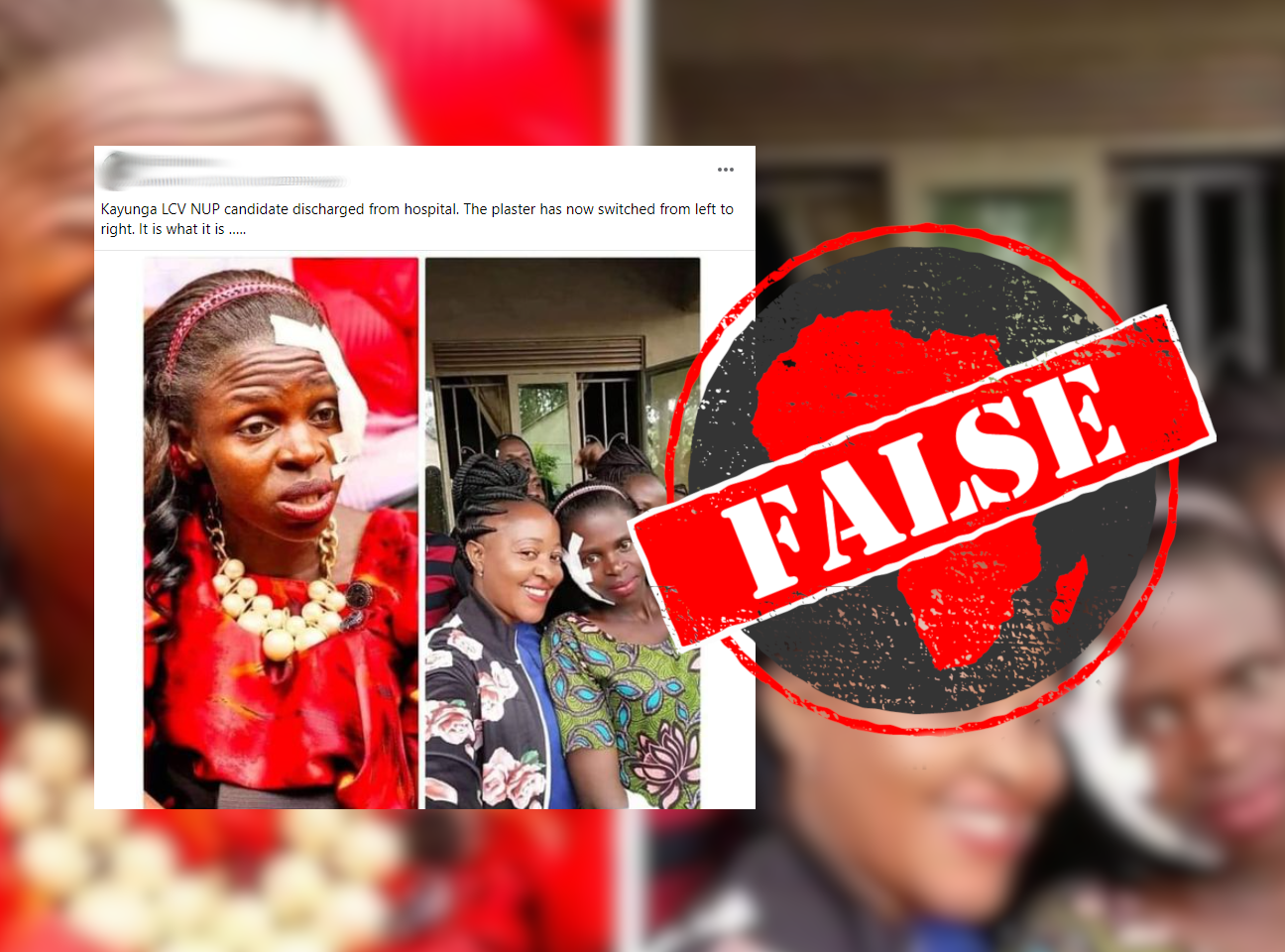 A Google search for news of the clash led us to a video by the established NTV Uganda TV channel, which shows Nakwedde with bandages on her left hand and the left side of her face. The video was uploaded on YouTube on 14 December, the day of the clash.

We also searched Nakwedde’s social media accounts. She posted two photos of her injuries on Twitter on 14 December, and more photos on Facebook the day after. In all the photos, the bandages are on the left side of her face.

They will do every thing to us,bt we are not giving up!My Kayunga people pliz keep strong.Lets show this Junta we are the Unusual Generetion. pic.twitter.com/sxApIwwnO4

In a reply to a widely retweeted tweet claiming the switch, a user posted another photo showing the bandages on the left. Other photos on Nakwedde’s Facebook page, in which she is wearing the same dress as in the selfie photo, also show injuries on her left side. Later photos show a scar on her left cheek.

It appears the selfie photo was flipped.