Again, DON’T share this photo of a 10-year-old girl in Kenya. Mother warns of emotional damage

Days after Kenya’s form 1 selection and admission exercise was launched in June 2021, a photo of a young girl in a tattered school sweater went viral.

The photo was posted on a public Facebook page with nearly 65,000 members, with the caption: “Joan Chebet from a humble background who scored 430 marks gets admission to Kapsabet Girls National School!”

It has also been posted, with similar captions, here, here and here.

But is the girl Joan Chebet, and has she performed so well she has been admitted to the Kapsabet Girls High School? 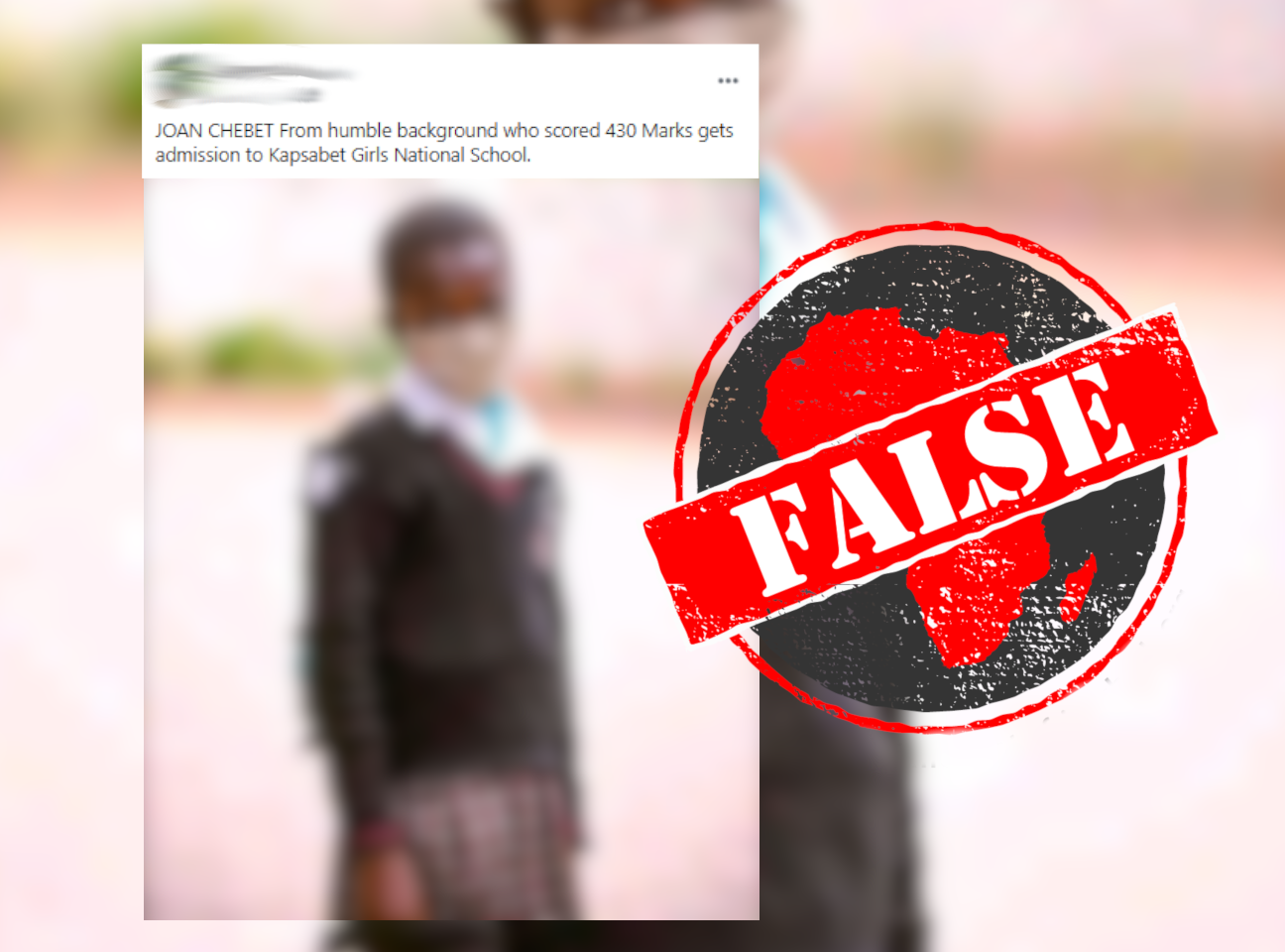 In April, Africa Check investigated another claim that the same photo was of “Peris Jebet”, a “beautiful girl from a humble background” who scored “403 marks (out of 500)” in Kenya’s standard 8 national exams.

We found that the claim was false. “Don’t share photo of a 10-year-old girl,” we wrote.

The girl is not Peris Jebet, and she did not sit for the standard 8 exams.

In a 15 April Facebook post, the Integrated Education for Community Empowerment (IECE) nongovernmental organisation said the girl was a pupil at one of its partner schools, and was “yet to sit for the Kenya Certificate of Primary Education examination”.

“Please disregard any reports of KCPE results in circulation of the below pictured student,” it wrote. It said the photo was taken at one of its missions during a tour of Nairobi’s informal settlements.

The IECE also produced a video, posted on Facebook on 10 April, in which the girl’s mother is interviewed.

This roughly translates as: “The photo shows my daughter. But the name is not hers. She is called Eunice Wangui and she is only 10 years old. She is still young. She is in grade 4 and will be joining grade 5 when she goes back to school.”

She also says the unnecessary social media attention may cause her daughter emotional damage.

Translation: “She is at home now. When she goes back to school and gets to hear this story from other children, and they make fun of her, she might end up hating herself."