Messages doing the rounds on Facebook in South Africa show two photos of a person’s lower jawbone with painful-looking wire woven into and around the teeth.

“Ancient Egyptian dental work from 2000 BC,” one version reads.

“This incredible dental work was found on a 4000 years old mummy,” reads another.

But do the photos really show ancient Egypt dental work from 2000 BCE – more than 4,000 years ago? We investigated. 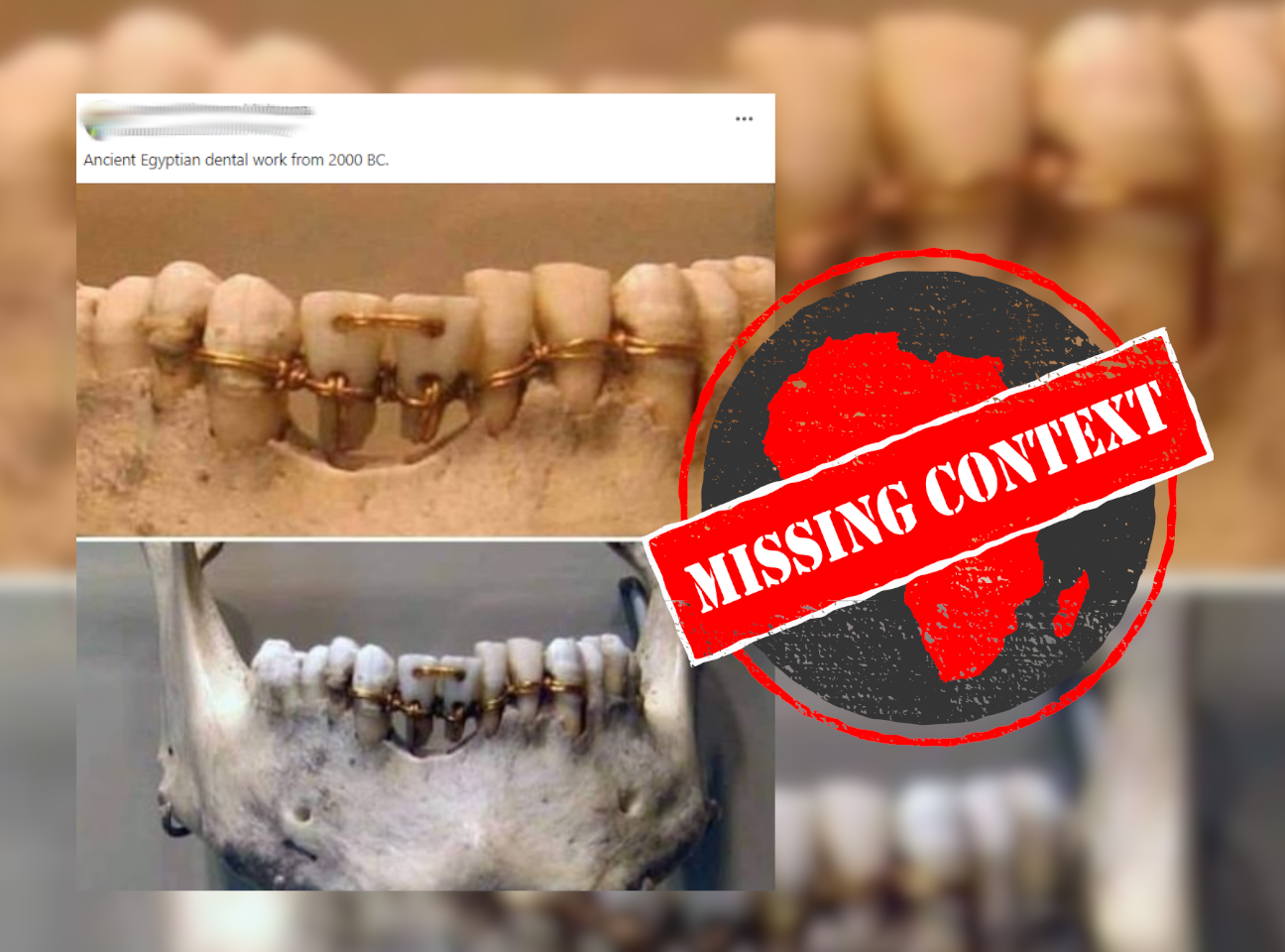 A Google search for “ancient Egyptian dental work” brought us to A history of dentistry from the most ancient times until the end of the eighteenth century by Vincenzo Guerini, published in 1909.

The first chapter, “Dental art among the Egyptians”, discusses the kind of dental work seen in the Facebook messages. It includes four illustrations of teeth with wire piercing and wrapped around them. It adds that these are in fact false teeth – “dental prosthesis” – found in Sidon in Lebanon and “practised by the Hindus”.

The practice of dentistry in ancient Egypt, an article published in the British Dental Journal in 2009, includes a photo of the same wirework in and around human teeth.

The dental work, retrieved from the crushed bones of a skull excavated near Cairo in Egypt, has been dated to 2,500 BCE. It’s called the el-Quatta bridge. Bridgework is used to this day to replace missing teeth. 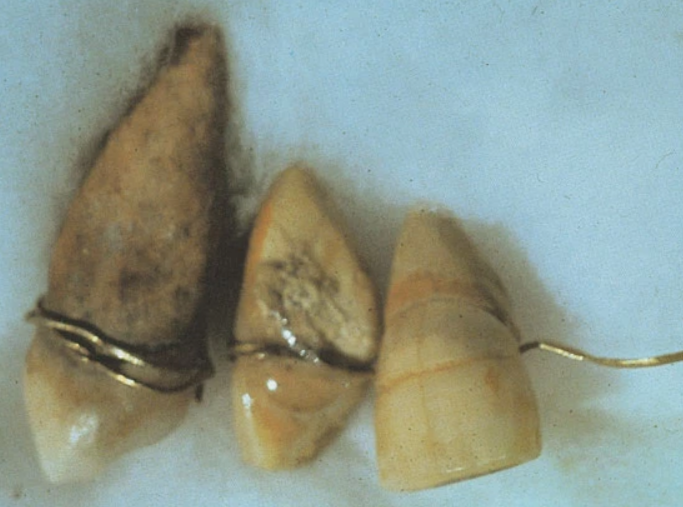 “It was described as consisting of a maxillary right canine around which a double strand of gold wire had been encircled, finishing in a knot on its distal surface,” says the article.

“Because calculus was found on the lateral incisor and canine, it was claimed that the bridge was worn for a relatively long period of time during life.”

But what about the image in the Facebook posts?

Dr Scott Swank, curator of the University of Maryland’s National Museum of Dentistry, told Check Your Fact that the photos in the Facebook messages show a replica of ancient Egyptian dental work made by Guerini.

“That particular bridge is a replica made by Dr Vincenzo Guerini circa 1900. He made this replica/model after viewing actual examples in museums while on a tour of Egypt.”

Dentistry was practised in ancient Egypt, but the photos doing the rounds on Facebook show a much more modern replica of what were effectively ancient false teeth. They do not show dental work “found on a 4000 years old mummy”.