Before and after photos of conjoined twins US politician Ben Carson separated? No, photos unrelated

Two photos posted on Facebook seem to tell an amazing story. The first shows two crying babies conjoined at the head, while the second is of two smiling but separate identical young men.

Ben Carson is a US neurosurgeon and politician. The Facebook post refers to much-publicised surgery he performed to separate conjoined twins from Germany in 1987.

But does it show before and after photos of the twins? We checked. 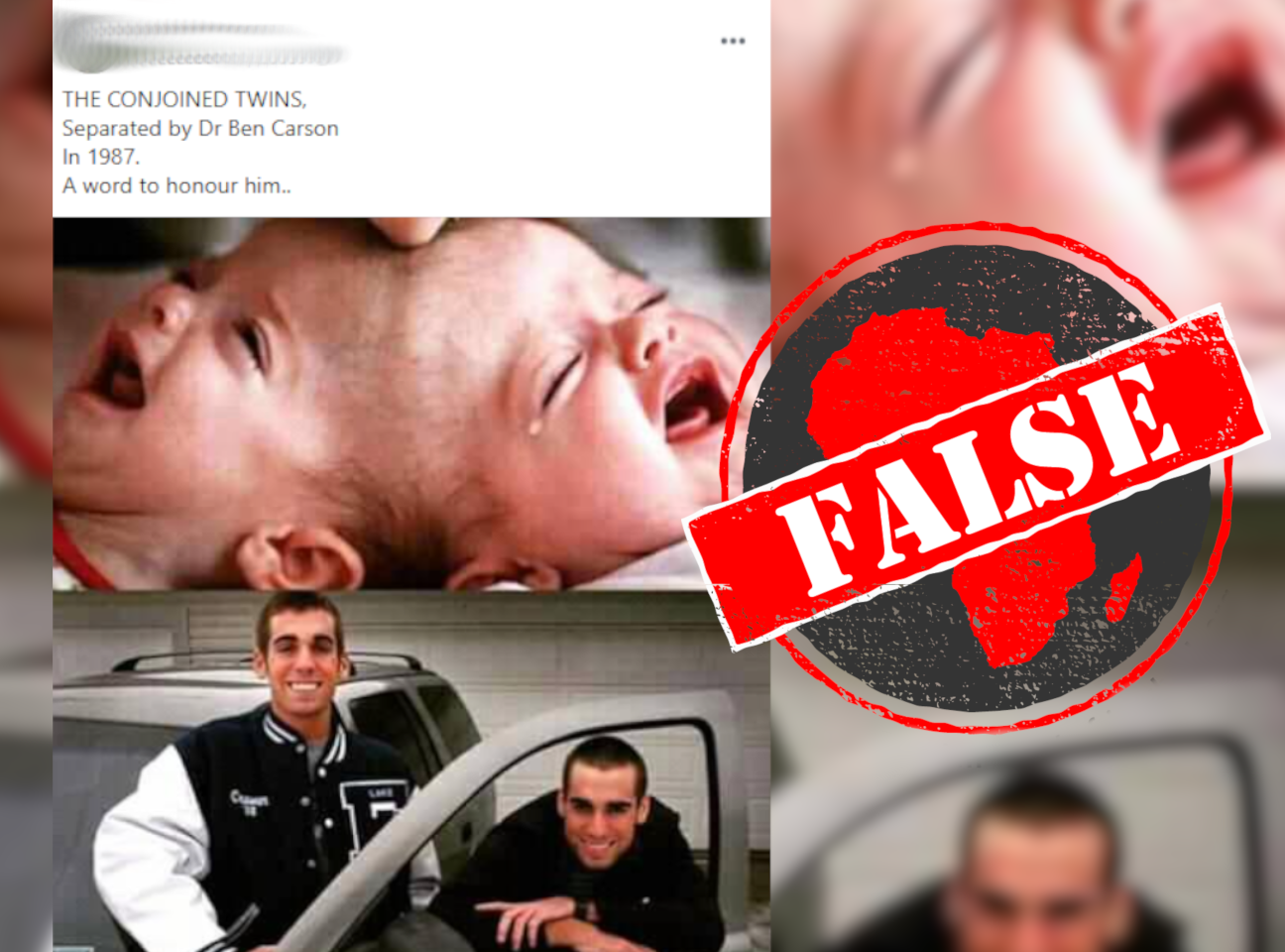 The Binder and Hogan twins

The 1987 surgery was performed at Johns Hopkins hospital in Baltimore, with Carson as lead neurosurgeon. The twins were Patrick and Benjamin Binder. One of the twins died and the other is disabled, according to a 2015 article in the Washington Post. This immediately disproves the Facebook post.

A Google reverse image search of the conjoined babies reveals that they are Krista and Tatiana Hogan, born on 25 October 2006. The sisters live in Canada and remain unseparated, as revealed by documentaries about their lives.

A Google reverse image search of the second photo shows that the two young men are actually Carson and Cramer Gormley. They are twins, but were never conjoined.

The brothers appear in a 2008 article about them “saving their parents money by sharing the vehicle they got at 16”. They were 18 at the time, meaning they were born in about 1990. The surgery on the Binder twins was performed in 1987.

Neither photo shows Patrick and Benjamin Binder, the conjoined twins Ben Carson operated on in 1987.