A newly created Facebook page has been posting in the name of the archbishop of the Catholic Archdiocese of Nairobi, Philip Anyolo.

Anyolo was installed as the fifth archbishop of the diocese in the Kenyan capital on 20 November 2021.

Most of the posts published on the Facebook page since it was created on 10 November feature photos of Anyolo.

The page has gathered over 6,000 likes and follows since November and also lists a mobile phone number.

But is the page authentic and run by the church? We checked. 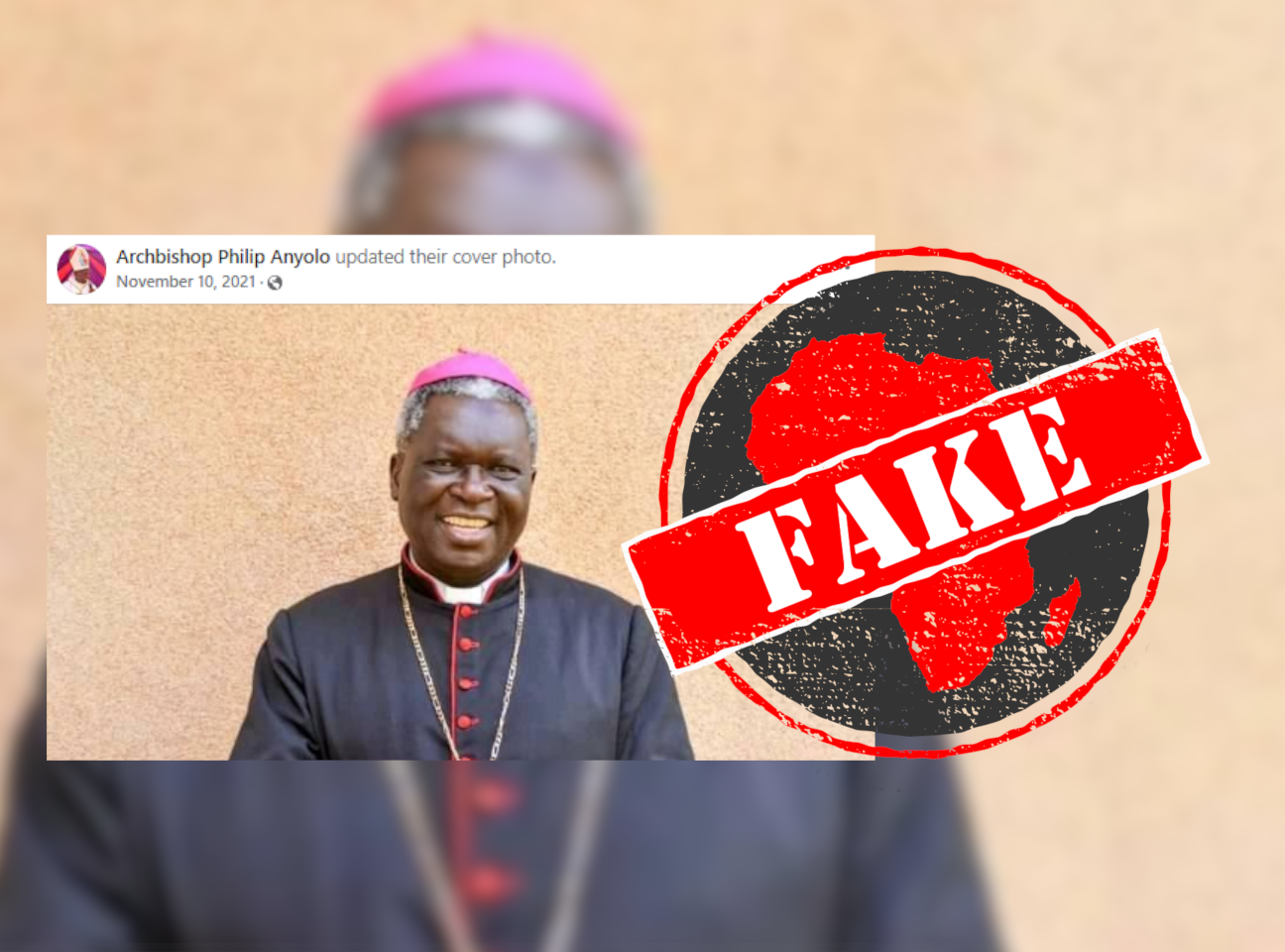 On 14 February 2022, the archdiocese cautioned Kenyans about impersonators who were using Anyolo’s name to ask for money.

It posted a statement on its official Facebook page – created in 2012 and followed by over 35,000 Catholics. The archdiocese said that the archbishop “does not own any page to his name” but that the Archdiocese of Nairobi page was the official page for the archbishop.

The statement was signed by the archbishop and read: “I kindly urge all to be careful in regard to dealing with the said pages as well as the phone number +254784606349, since they are requesting for money in the name of helping the needy.”

This is the same phone number listed on the newer inauthentic Facebook page.

The archdiocese urged followers to report fake pages and wrote: “Stay vigilant and do not send any money.”