A graphic posted on Facebook appears to show the results of a poll in Kenya’s Laikipia county, ranking those running for governor in the country’s general elections scheduled for August 2022.

Laikipia county is 300 kilometres northwest of the capital Nairobi.

The graphic, published in May 2022, includes the logo for Kenyan polling firm, Trends and Insights for Africa (Tifa Research) and is titled “Laikipia West, East and North (April 2022)”.

The graphic ranks former Laikipia governor Joshua Irungu as the most popular candidate. He is followed by Ndiritu Muriithi, the county's current governor.

But did Tifa Research really conduct and publish a poll on the candidates’ popularity? We checked. 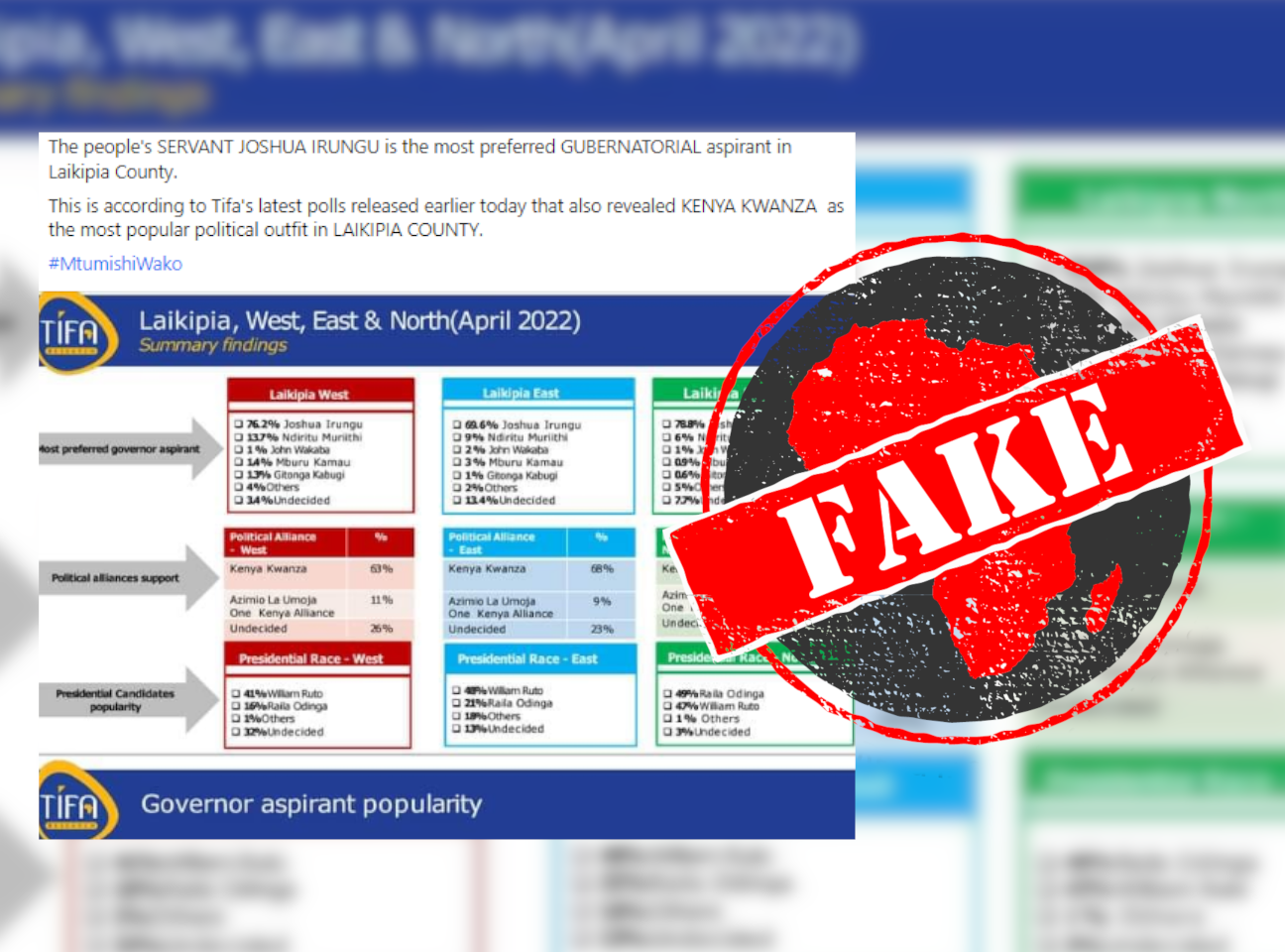 The research agency usually releases its findings to the media, but this survey hasn’t been reported.

On 6 May, Tifa Research distanced themselves from the graphic, calling it “fake news” on their official Twitter account.