A Kenya-based Facebook page, named “Lilian Wekesa”, frequently posts fake job offers on its timeline and on other Facebook groups to scam users.

In March 2021 alone, the account posted several adverts on Facebook groups that together had more than 1 million members.

It’s been doing this for months. 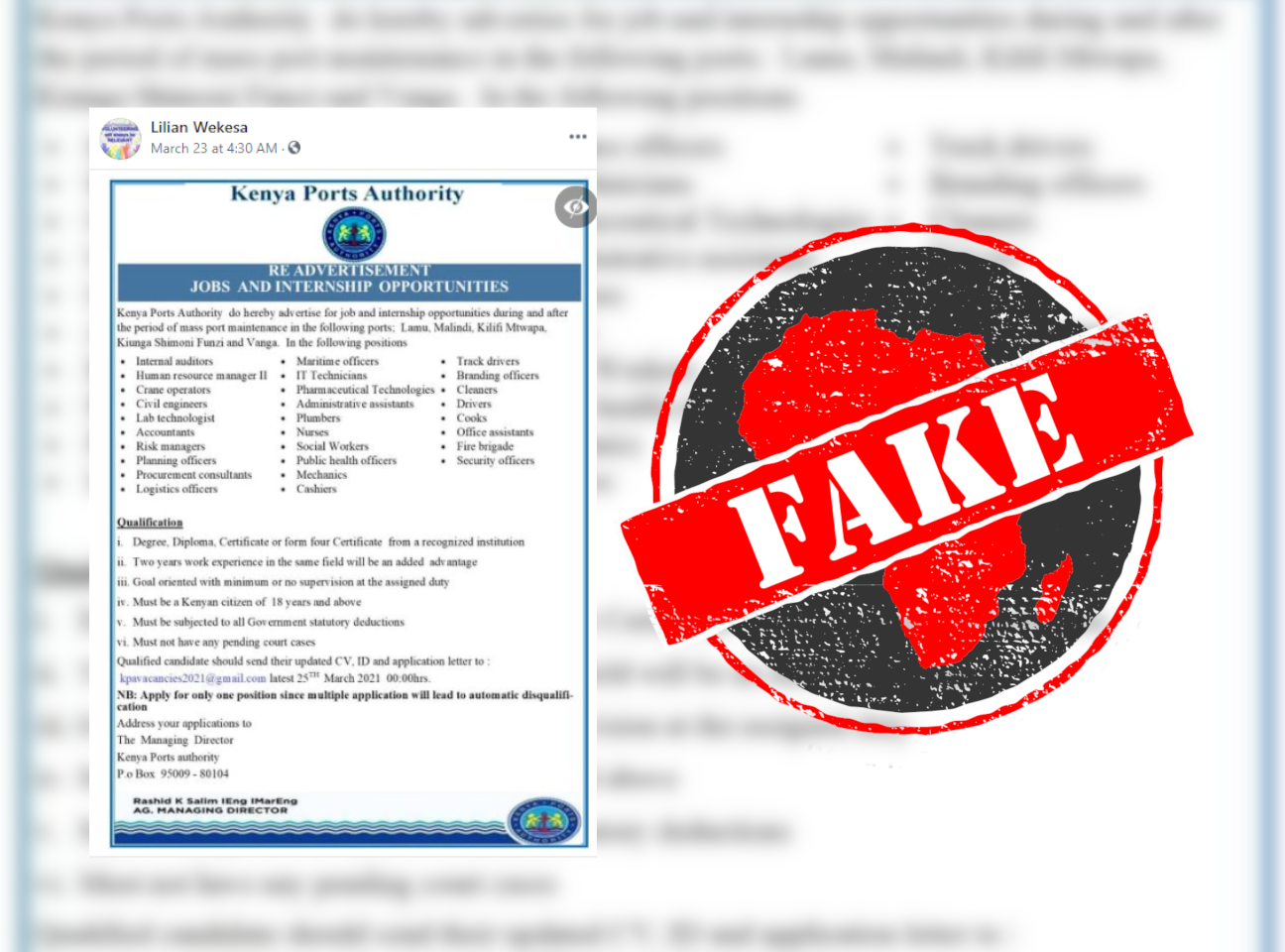 In January, for instance, the account posted an ad claiming the Kenya Defence Forces was recruiting soldiers. The KDF issued a warning that the ad was fake.

In February, it advertised jobs at World Vision Kenya. This organisation also warned that the job offers were fake.

In March, “Lilian Wekesa” posted an ad for jobs at the Public Service Commission. It included a real email address. But in the commission’s legitimate job ads, it directs candidates to apply online via its website or jobs portal – not by email.

“Lilian Wekesa” only posts fake job ads. The account shows no other activity that might be expected from an ordinary Facebook account. And several of the ads on the page have already been debunked by fact-checkers.