A graphic posted on Facebook in Kenya appears to show the results of a poll in Machakos county, ranking the candidates for governor in the country’s general elections scheduled for August 2022.

Machakos county is close to the capital Nairobi, west of the city.

The graphic, published at the end of March 2022, includes the logo for Kenyan polling firm, Trends and Insights for Africa (Tifa Research) and is titled “Machakos gubernatorial opinion poll”.

The graphic ranks Nzioka Waita, president Uhuru Kenyatta’s former chief of staff as the most popular candidate, with 58% support. He is followed by Mavoko member of parliament Patrick Makau, with 22%.

The former chief administrative secretary for transport and infrastructure, Wavinya Ndeti, is third with 13%, while the United Democratic Alliance chairperson Johnson Muthama is fourth with 5%.

In April, Ndeti got a direct nomination ticket to run for the Machakos governor's seat on the Wiper Party ticket, and Makau dropped his bid, in order to support her. Muthama and Waita are also still in the race.

But did Tifa Research conduct and publish a poll on the candidates’ popularity? We checked. 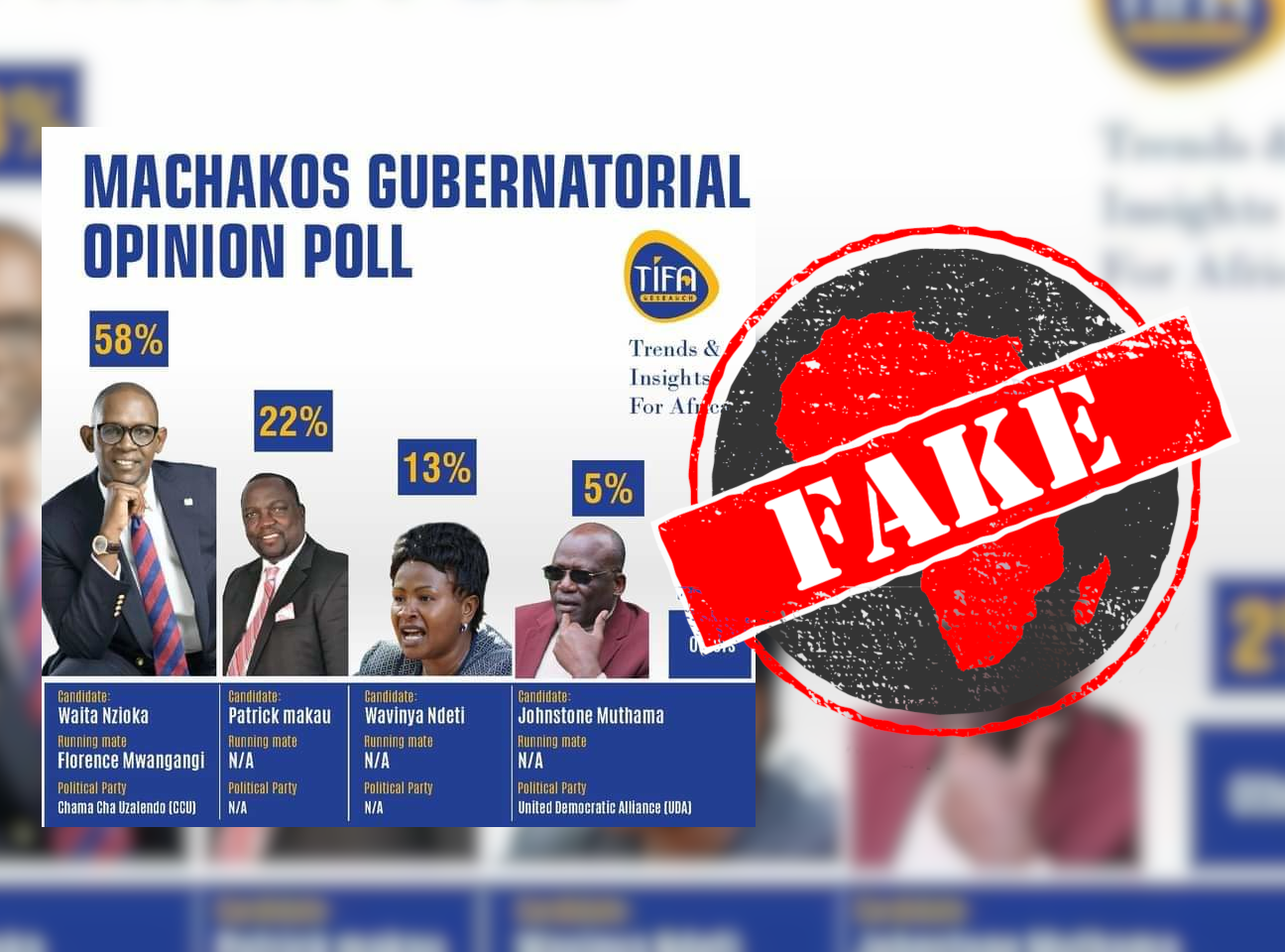 Not a real poll

The research agency usually releases its findings to the media, but this survey hasn’t been reported.

On 29 March, Tifa Research distanced themselves from the graphic, calling it “fake” on their official Twitter account.