A graphic shared in a number of Facebook groups in Kenya appears to show the most popular candidates for governor in Kakamega county, ahead of the country’s August 2022 general elections.

The graphic is branded with the logo of Mizani Africa, a Kenyan research firm.

It shows that current Kakamega county senator, Cleophas Malala, is leading the race with 33.4%. Bonny Khalwale, a former senator for Kakamega county, is listed second, with 33.1% and third is Fernandes Barasa, with 14.0%. Barasa is the managing director of Kenya Electricity Transmission Company.

The graphic, published on 14 January, says voters were asked who they’d vote for if the election were “held today”.

But is the graphic authentic? We checked. 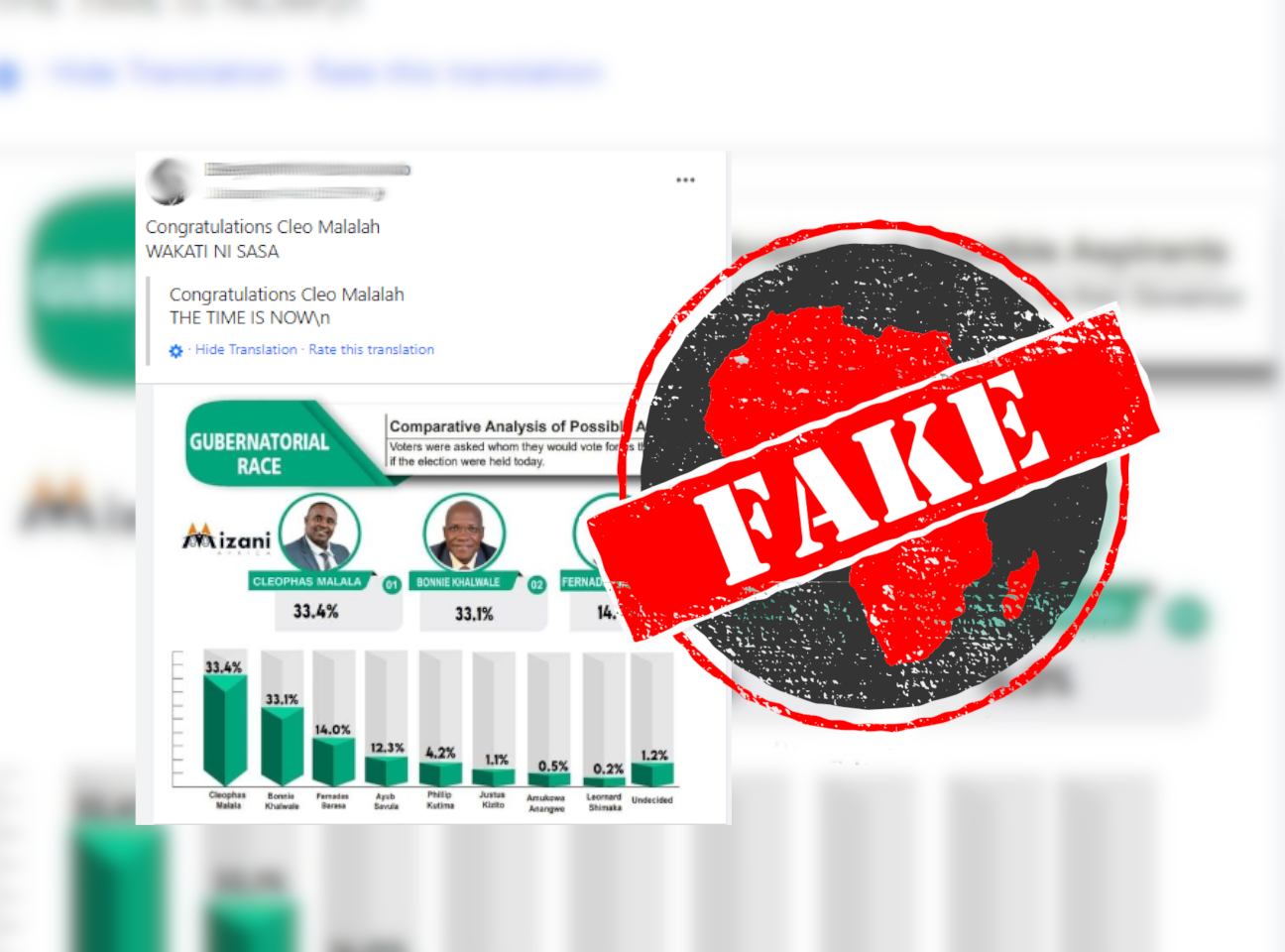 Mizani Africa took to Facebook on 14 January to make clear the graphic circulating was fake.

The firm published Kakamega county poll results on Facebook and on their website a few weeks later, on 31 January. The opinion survey was conducted between 27 December 2021 and 3 January 2022.

The graphic for the governor race showed that Khalwale led at 33.4%, Barasa was at 33.1% and Lugari constituency legislator Ayub Savula had 14.0% of voter support.

Malala, shown at first place in the fake graphic, was not mentioned in the poll at all.