Its latest scam is a graphic that claims there are jobs available at the Kenya Pipeline Company (KPC).

Posted in a group with more than 400,000 members on 4 February 2021, the graphic says KPC is looking to employ hundreds of people as graduate management trainees, security guards, clerical officers, assistant technicians and more.

But, interestingly, the graphic is almost identical to one the account posted in March 2020. The only difference is that the dates and application procedures have been changed. And KPC has already warned that the new graphic is fake.

On 10 January 2021 KPC issued a notice that its job adverts are only posted on its website www.kpc.co.ke and in local newspapers, and that it does not demand or accept money from applicants. 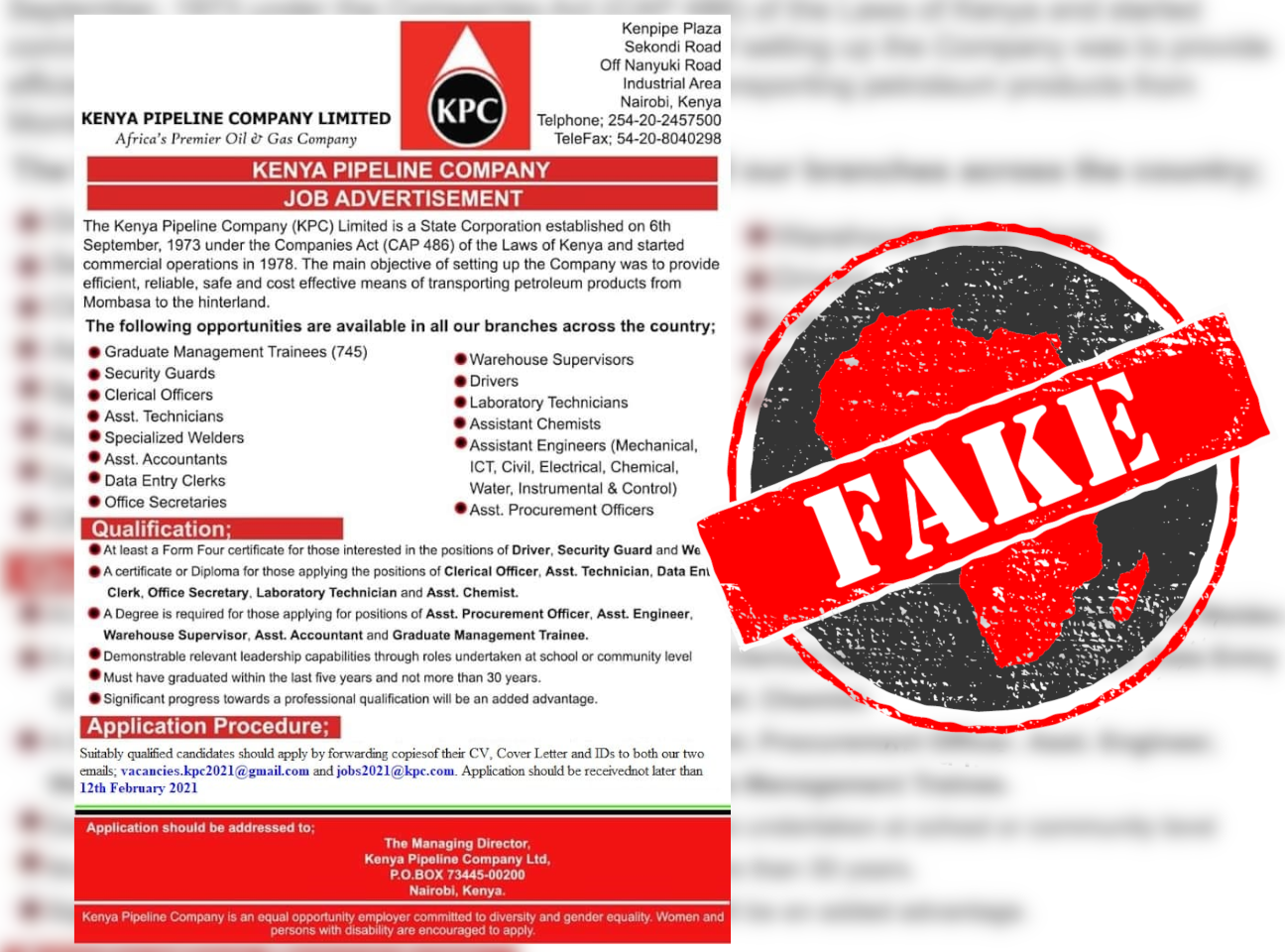 “Wawira Nicholas” has also distributed a fake ad for jobs at Kenya Commercial Bank. The bank has cautioned that it’s a scam.

Another advert from the account offers jobs at the National Hospital Insurance Fund (NHIF), saying there are thousands of positions countrywide. Again, it is an almost identical version of an earlier scam that the NHIF dismissed as fake.

And in January the Kenya Defence Forces warned that yet another job advert by the account was fake.

The “Wawira Nicholas” account’s only activity is to post scam job offers on group pages with thousands of members. It has not posted about anything else since its first post on 23 December 2019.

For more information, read our detailed guide on how to identify scams on Facebook.