An article circulating on Facebook in February 2021 claims former South African home affairs minister Ayanda Dlodlo said: “South Africans living in other countries like Cape Town must come back home in order for us to be able to help them.”

The article is in the form of a screenshot, and includes a photo of Dlodlo speaking from a podium.

But Dlodlo never said Cape Town was a country separate from South Africa. 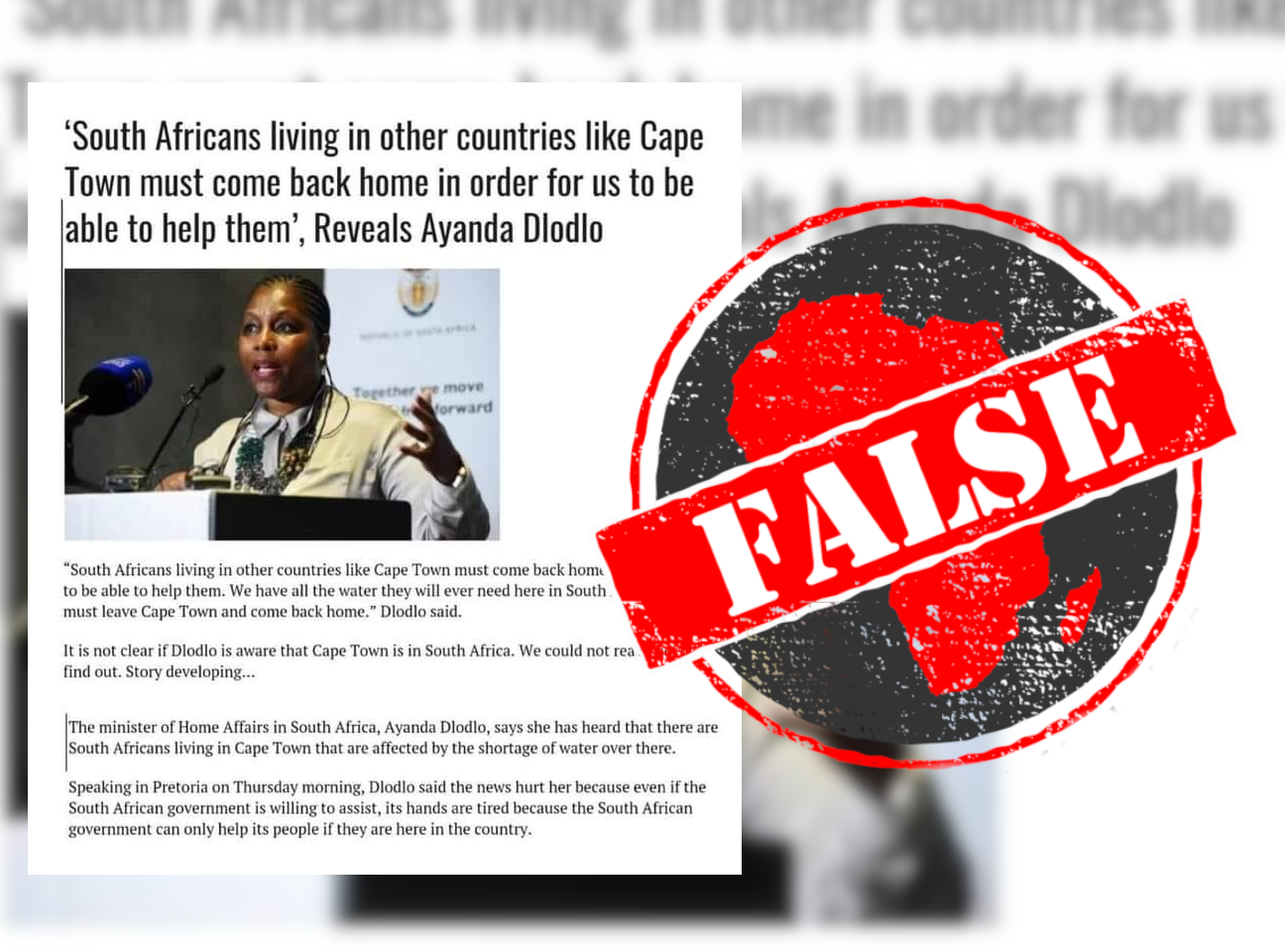 A Google search for the quote reveals it has been doing the rounds online since at least 2018.

The article was first published on the known disinformation website South Africa Uncut – southafricauncut.com. The website no longer exists.

In January 2018, the home affairs department released a statement condemning the article as “fake news”. On the day Dlodlo supposedly made the statement, she was attending the funeral of her brother and had not made any recent public appearances.

The article itself no longer exists, but a screenshot of it is still spreading disinformation online.

Kenya’s tourism minister Najib Balala is calling for more investment to spur recovery. But is his valuation of this vital sector accurate?