On 25 February 2021, members of the Amalgamated Union of Foodstuff and Cattle Dealers from northern Nigeria announced a strike in which they would stop supplying food to the south of the country.

The union was reportedly demanding that the federal government pay N475 billion compensation for the death of its members during the #EndSARS protests across Nigeria in late 2020 and the deadly violence at Shasa market in Ibadan, Oyo state, on 12 February 2021.

On 3 March the union called off the strike, lifting the food embargo.

But the next day the “Biafuru News” Facebook page posted a photo – duplicated four times – of long-horned cattle eating from a huge pile of tomatoes.

Tomatoes are usually supplied by northern farmers, according to the Nigeria-based International Centre for Investigative Reporting, and “became scarce and very expensive in the south during the blockade”.

The photo was posted elsewhere with the same claim – that it showed tomatoes wasted during the food blockade, being eaten by cattle. 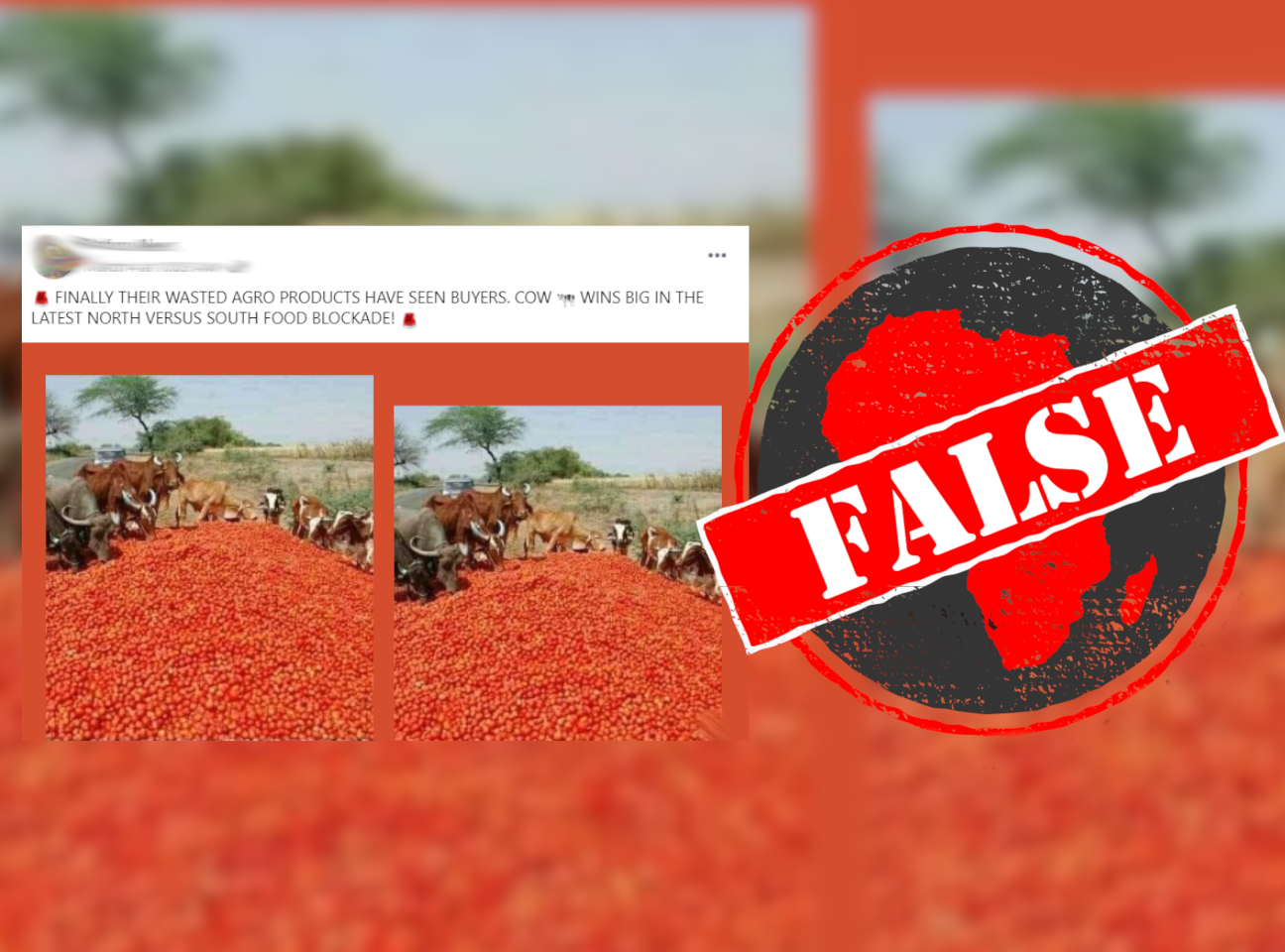 Loss-making tomatoes dumped – but at least cattle would benefit

The photo has been online for at least eight years – and was taken in India.

A Google reverse image search traced it to a 2013 report on the Hindi-language blog Bhopal Samachar.

“Farmers of Barwani threw tomato crop on the roads,” a machine translation of the headline reads.

Barwani is a town in the southwest of India’s Madhya Pradesh state. According to Britannica, it is a centre for trade in agricultural produce and timber.

“A campaign to make agriculture a profitable business is going on in Madhya Pradesh, but tomato farming is proving to be the biggest loss-making business to the farmers of Barwani,” the translated report reads.

“The situation is that farmers are not even getting the cost price of tomatoes. They eventually threw tomatoes on the streets.”

The report ends by saying that the farmers hoped that by dumping the tomatoes, at least cattle would benefit from the crop.