Cattle laying eggs? No, image doctored and no evidence of China implanting other animals for ‘faster egg production’

An odd image of cattle lying in a stall, eggs coming out of their bottoms and piles of eggs behind them, is circulating on Facebook in Nigeria and South Africa with claims that it shows an agricultural innovation in China.

“China plants chicken organs in other animals for faster egg production,” reads one caption to the image.

“#SCIENCE_GOING_SACRILEGIOUS????” asks another. “The Chinese government has once again shown its advances in technology, and this time in the animal kingdom. The Chinese planted organs of gall in other animals for faster egg production.”

But is the viral image – and the claim of Chinese scientists altering other animals so they produce eggs – genuine? We checked. 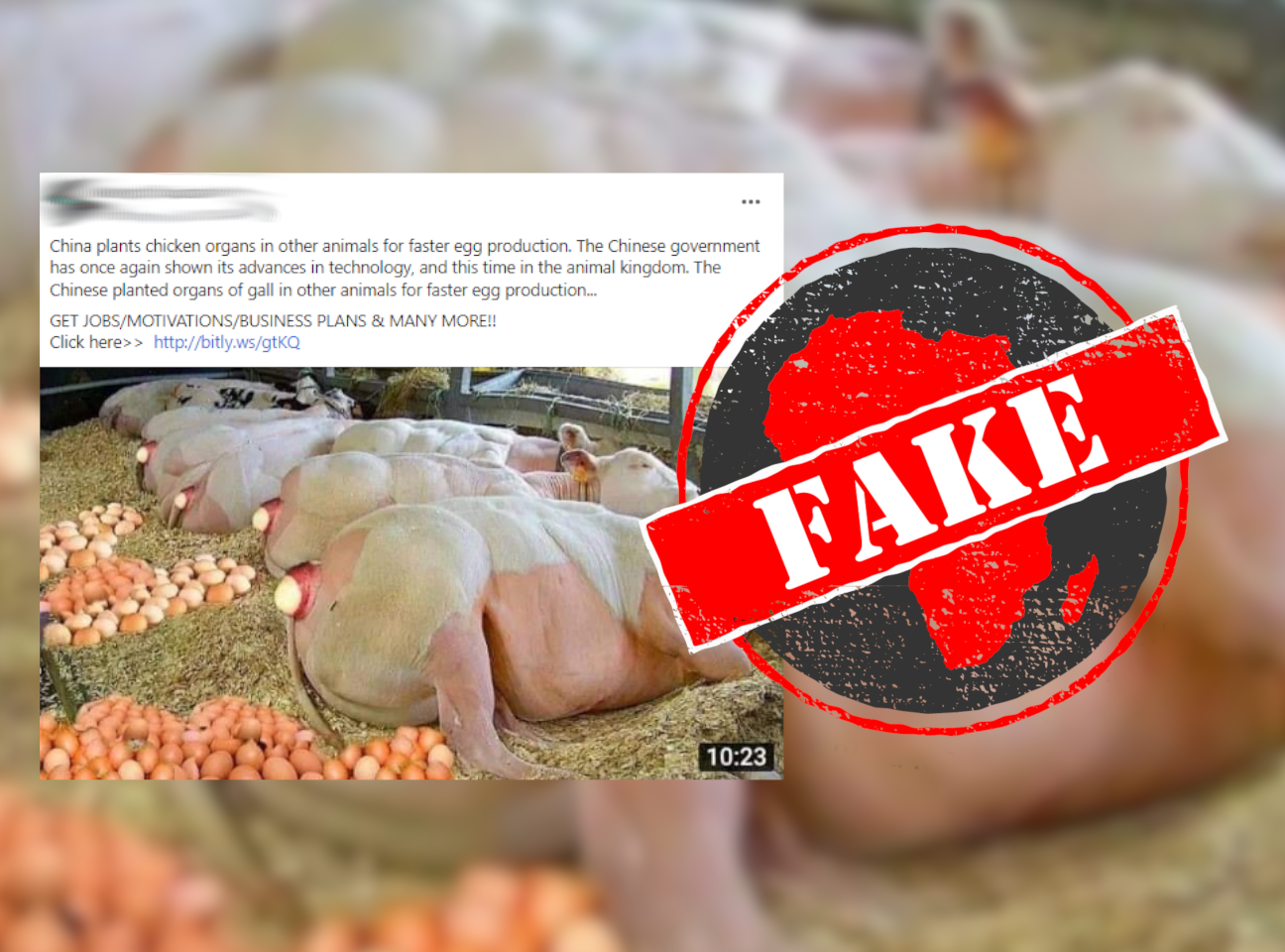 A reverse image search returns what seems to be the original, unaltered photo, on Portuguese language websites. There are no eggs in the photo.

We searched further, and found the photo posted on Wikimedia Commons, a Creative Commons media repository website. Here the animals are identified as Belgian Blues, a muscular beef cattle breed.

The photo was snapped at an agricultural show in Libramont in the European country of Belgium on 26 July 2008, and is credited to Eric Forget. It’s also posted on Forget’s Flicker account.

The original photo does not show cattle laying eggs, and there’s no information on whether they are in fact cows or bulls.

A search with the keywords “cow laying eggs” led us to a YouTube video uploaded on 1 November 2021 that uses the doctored image as its thumbnail. This is the image circulating on Facebook with the claim about China’s “faster egg production” innovation.

And there’s no evidence of such an innovation. If scientists in China had altered cows to allow them to produce eggs, it would have been international news. But there have been no credible reports about it.